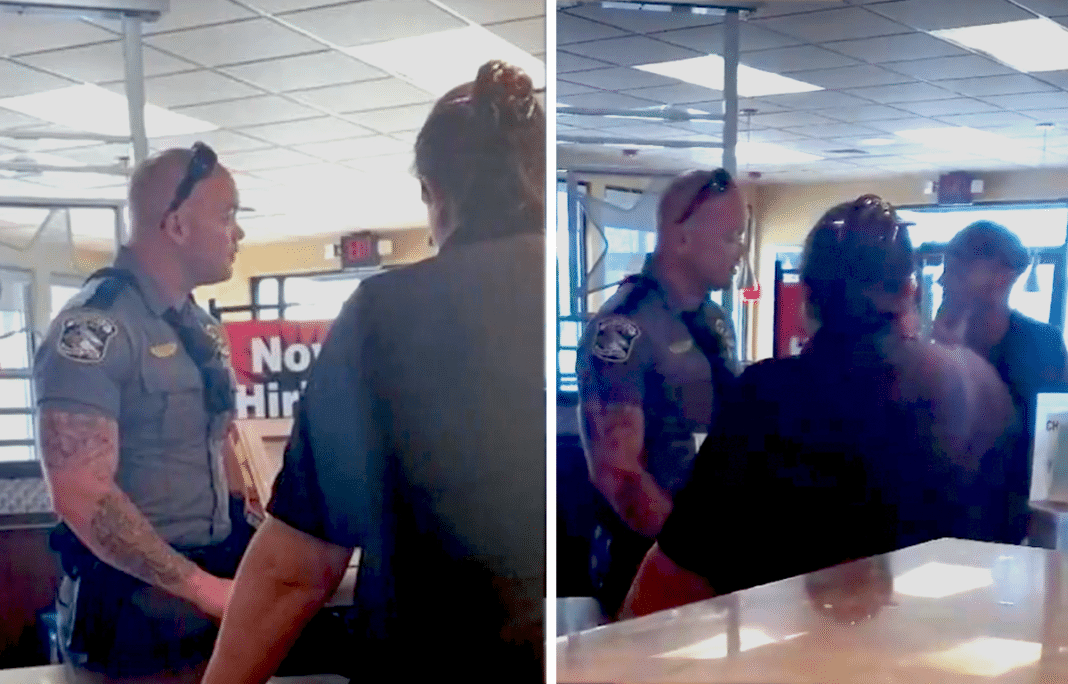 A homeless man was looking for scraps of food at a Hardee’s restaurant in South Carolina. Apparently, one customer became irritated and decided to call the police. What happened next wasn’t what they might have expected.

Responding to the call, Officer CJ Mullinax arrived on the scene. He knew exactly what needed to be done.

Rather than remove him from the restaurant, instead he walked up the counter, opened his wallet, and offered to buy him a meal –an act of compassion and kindness.

An employee at the restaurant, Victoria Paige Summer filmed what happened and shared the story on her Facebook page. The story went viral.

“I was thrilled that the officer had so much compassion so I thought I should take a video,” Summer said.

Victoria was impressed with how the officer handled the situation, buying the man two cheeseburgers.

“This police officer bought the homeless man food and handled the situation amazingly!” she said.

She said that employees at the restaurant had been kind to the homeless man as well, offering him food and letting him spend some time there for several days. A resident recognized him in the video, identifying him as a veteran named Donald.

“He served in the Army from 1978-1981 then got out, worked in construction and then hit a wall which brought him to a point in his life that walked him down the road to homelessness… his family doesn’t talk to him and he’s the nicest guy,” the local said.

The Horry County Police Department shared this video by WMBF News about the same officer. This time, he took some time during his patrol to engage in a playful water fight with neighborhood kids.

FUN TIME IN THE SUMMERTIME!! This Horry County police officer wasn’t going to let an opportunity to have a water fight with some neighborhood kids pass him by while he was out on patrol today! It's not the first time this week this officer has gotten recognition for his community outreach >> https://bit.ly/2kFKQAY >> (Video courtesy of Margie Dudding)

And back in 2015, officer C.J. Mullinax was captured on video playing a game of football with the local kids:

See more in the video below from Radio.com: