Officer Collapses While Guarding Prisoners. What Inmates Do Next Leaves Sheriff Speechless 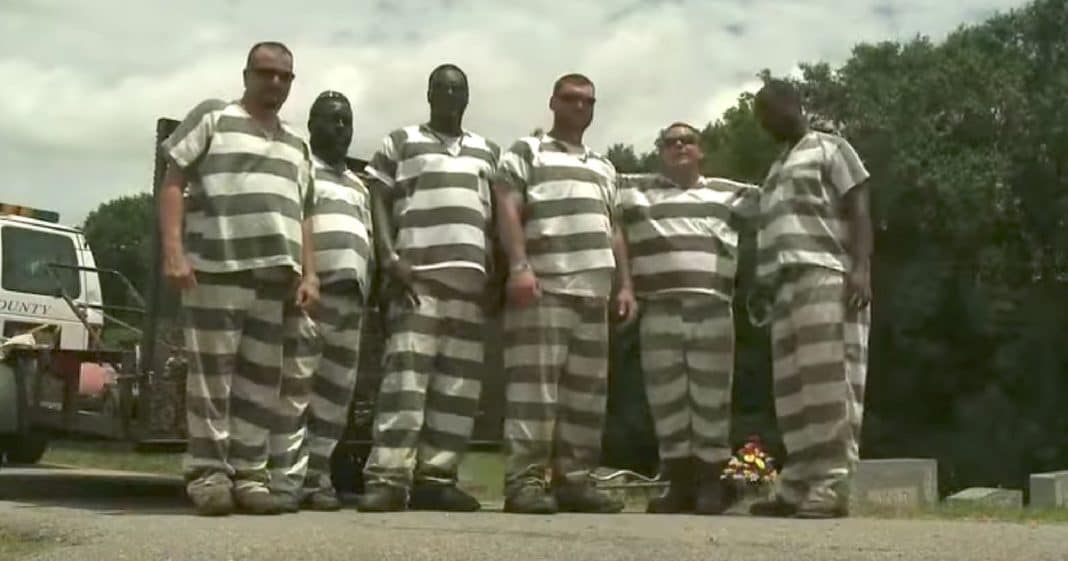 We see so much anger, hatred, and violence in the news every day that’s it’s easy to get discouraged and think there’s not much hope left for humanity. But then we hear stories like this one and our faith in humanity gets restored.

Even in the midst of darkness, there is a lot of good – and sometimes it comes from the most unlikely of places!

These six inmates were on a work detail at a cemetery in Polk County, Georgia, when the deputy who was guarding them suddenly passed out.

While it probably would have been tempting for the prisoners to escape and leave him there, these men did something else entirely, and it has thousands of people all over the world hailing them heroes.

As soon as the officer, who has asked to remain anonymous, collapsed, these six men jumped into action. They opened his shirt and removed his gun belt and bulletproof vest so they could perform CPR. One of the men used the officer’s phone to call 911 while another ran for help.

Greg Williams, one of the heroes that day, said the officer was unconscious for about a minute and wasn’t really breathing. When he did start to breathe, “it was just real heavy and real fast.”

Emergency teams quickly arrived at the scene and provided assistance for the officer, but the Polk County Sheriff’s Office is lauding the six men in stripes as the true heroes.

The officer’s phone, gun, and the keys to the nearby van were all within reach and it would have been very easy for these men to take them and flee, but they all stepped up and did the right thing instead, proving that how a person appears on the outside is not always an accurate depiction of who they are at heart.

“When that happened, in my opinion, it wasn’t about who is in jail and who wasn’t,” Greg said. “It was about a man going down and we had to help him.”

Do you agree that these men are heroes? So share this!