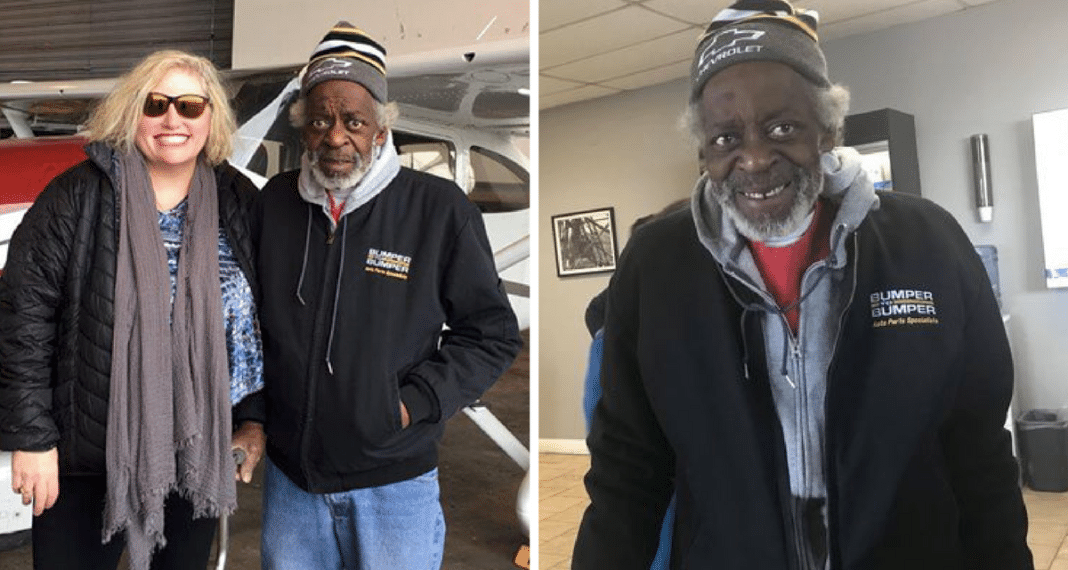 We all should keep a bucket list of experiences we wish to undertake during our lifetime. We’ll continue to strive to cross these items off while having fun in the process. 69-year-old Joe Booth, from New Albany, Indiana has been fighting prostate cancer for two years. The former auto mechanic was told last month to stop taking his medications as his health wasn’t improving. Despite his dire situation, Joe had one last wish: To fly in an airplane.

“I’ve never stepped foot in an airplane,” Booth told Courier-Journal. “I used to build model  airplanes all the time as a kid, but I just never got the chance.”

On February 25th, Booth’s wish became a reality thanks to his oncology nurse at Norton Hospital, Tracey Hoffman. Using just his cane, Booth walked unassisted onto the plane. He was accompanied by his son Brian Booth and nurse Tracey. The aircraft took off from Bowman Field; Booth got to see Louisville and Southern Indiana from thousands of feet in the air. He even got to take the controls. 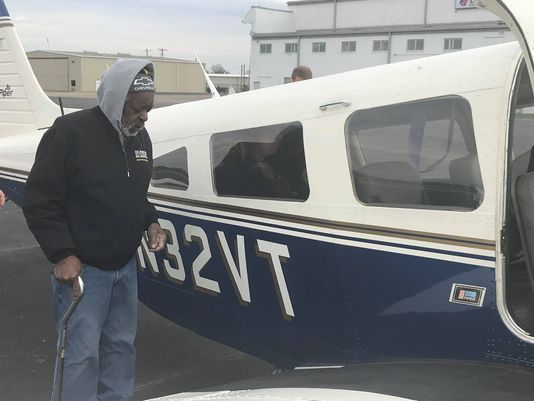 “Here we are talking about the end of his life, and he’s thinking about how he had never been in an airplane,” Hoffman said. “I decided to put it on social media … my phone started to explode.”

After she posted her request for a pilot, over 20 responded offering to give Booth his first and last ride. A pilot at Bowman Airport in St. Matthews worked out the details with the hospital. Booth recalled he was both excited and scared too. The closest he ever been to an airplane was working with his plastic World War II models he used to put together with glue.

“I’m getting one wish granted, but I’m hoping for a parachute, too,” Booth joked.

As Booth made his way to the cockpit, he commented on how surprised he was that his nurse and doctor made this happen. “They told me to stop taking the medication and to focus on living life day to day. So, I’m doing that the best I can. Dr. Rez … Tracey, they’ve been angels.”

Nurse Hoffman said how much of an inspiration Booth was to her. “He has a lot of pain, but he doesn’t complain about it. He’s trying to make the most of the time he has left. That’s something we should all do.”

Booth and the plane made a smooth landing a little more than a half hour later. “It was an experience,” Joe said a little short of breath. “It’s a different world all together up there.”

His nurse knew how little time he had left. She also knew he wasn’t done living.

Booth continues to face his illness head-on. He offers this bit of sage advice. “Try to do as much as you can. And don’t give up at all. You’ll find yourself going into a hole you don’t want to be in if you do.”