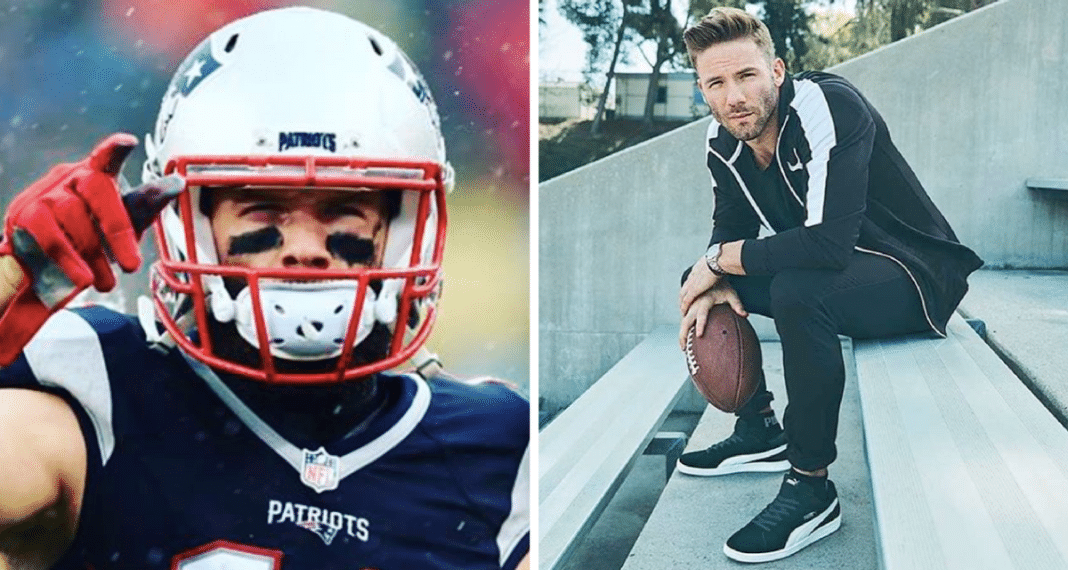 With the memories of deadly school shootings fresh in our minds, it’s no wonder folks have become hypersensitive to what’s being posted to their social media feeds. Schools are no longer safe havens for children, but possible war zones. Threats of violence are on the rise. Children see the attention these attacks draw; many who make these threats use social media to relay their intentions. Granted, many of these kids aren’t coldblooded killers. They’re just seeking attention; all be it in a negative way. They’re using the platforms to overtly or subtly inform the masses of their plans.

In late March, Julian Edelman, the wide receiver for the New England Patriots potentially prevented a school shooting from taking place. He noticed a comment on his Instagram account. He was in Texas visiting a former teammate, Danny Amendola when someone sent him a direct message on the platform.

“Dude, there is a kid in your comment section says he [is] going to shoot up a school, I think you should alert the authority.” 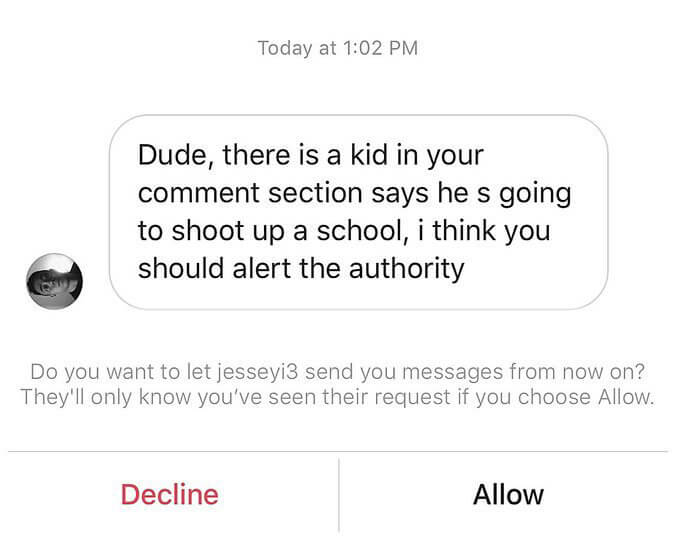 Edelman immediately thought back to the terrible shooting in Parkland, Florida where 17 people tragically lost their lives. His thoughts then turned to his precious daughter. “With the emotions of what happened, and I have a kid now, I said, holy Toledo, what is going on?” He said in an interview with The New York Times.

He contacted his assistant who called 911 and alerted the authorities. They traced the message to a 14-year-old in Port Huron, Michigan. The boy confessed to posting the threat on Instagram. After searching his home, police found two rifles that belong to his mother.

It’s been a helluva year. From the highs of the Super Bowl to the lows of my injury, I’ve been so thankful for the support of my family, friends, and fans. Here’s to coming back stronger in 2018. Happy New Year everyone. ??

Captain Joseph Platzer of the Port Huron Police Department reported the teen’s threat was made toward the middle school he attends. The teenager is currently being held at a juvenile detention center. He could possibly face a felony charge. “punishable by up to four years in jail” for a false threat of terrorism, according to the Times.

The media is praising him for potentially preventing another tragedy. The athlete says he doesn’t deserve the credit. The kid who sent him the message is the “real hero.”

“Thankfully, this kid said something,” said Edelman. “We’re going to send him something, a care package, just for his work. He’s the real hero.”

Days like this are what life’s all about. My little baby girl blowing kisses to my mama, after a nice walk by the beach. #blessed

“It’s not good enough anymore to disregard comments like those as offhanded,” added Edelman’s agent, Don Yee. “All of us, including players, are learning together to take these kinds of things very seriously.”