Newly Adopted Dog Won’t Stop Barking At Owner, Then She Walks Outside And Immediately Realizes It 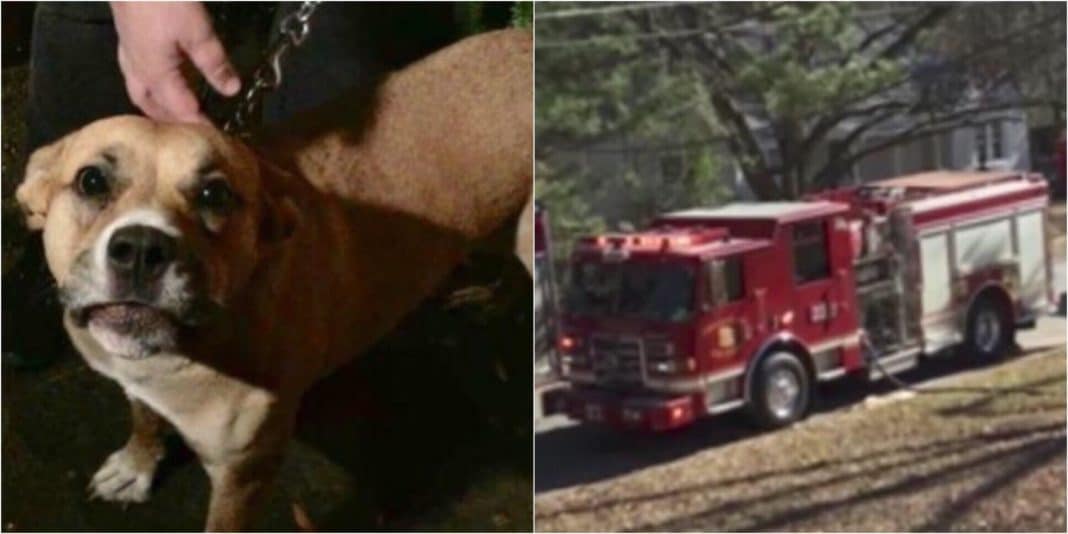 According to the ASPCA, over a million and a half unwanted and abandoned dogs are euthanized each year. One lucky pooch who avoided this tragic fate was Kaley. In a month, she went from unwanted dog to local superhero when she alerted her new owner to a dangerous situation outside her home.

Kayley’s story may be all too familiar to you. She has trust issues with humans which makes it hard for her to bond with people. Because of the abuse, she’s suffered, she’ll sometimes act out. This doesn’t make her an ideal candidate for adoption.

“Her one issue was that something has happened to her in her past so that if you try to touch her and she did not know you, she would snap at you,” Jacqueline Berlin, the dog’s ex-foster caretaker tells Fox5. “Because of her issue, it was really hard to get her adopted.”

So, unfortunately, the Dekalb County Animal Services had no choice but to schedule a time for Kayley to be euthanized. Out of sheer desperation, Jacqueline and her partner, Keith Santer-Perham, took to Facebook and put up an ad “calling all introverts to meet their doggie soul mate,” Fox5 reports. The post reached Suzy Chandler.

“The story of what she had been through just pulled on our heartstrings. We just thought we would be the perfect people for her,” Chandler tells Fox5. “It was a perfect match.”

The Chandler family adopted Kayley. Their new pet loved their other family dog, but it was clear Kayley needed more time to become used to the humans around her.

One Friday morning last month, Suzy noticed something off about their new dog. Kayley wasn’t acting like herself.

“All of a sudden she just started barking and looking at us and growling, like trying to get our attention,” she tells Fox5. “I said, ‘Well, what’s the matter with her?’”

She was eager to show Suzy something outside the house. She led her to a place located beside their home: “She pulled me directly over to the side yard,” Suzy clarified. “Right away I smelled overpowering  gas and heard a loud whooshing sound.”

Kayley discovered a terrible gas leak. They called 911, and the leak was promptly fixed. This could have ended badly if it wasn’t caught in time, Jacqueline reflected: “It was coming from next door to them where there is an apartment building full of children.

“If one person had lit a match, it could’ve been a bad scene.”

“If you have the space, you have room in your heart to take in a needy animal, to love on them, I  mean it comes back to you tenfold,” Suzy says about adopting unwanted dogs.

We agree, Suzy. Kayley’s an excellent addition to your family and neighborhood; a definite hero in our book!