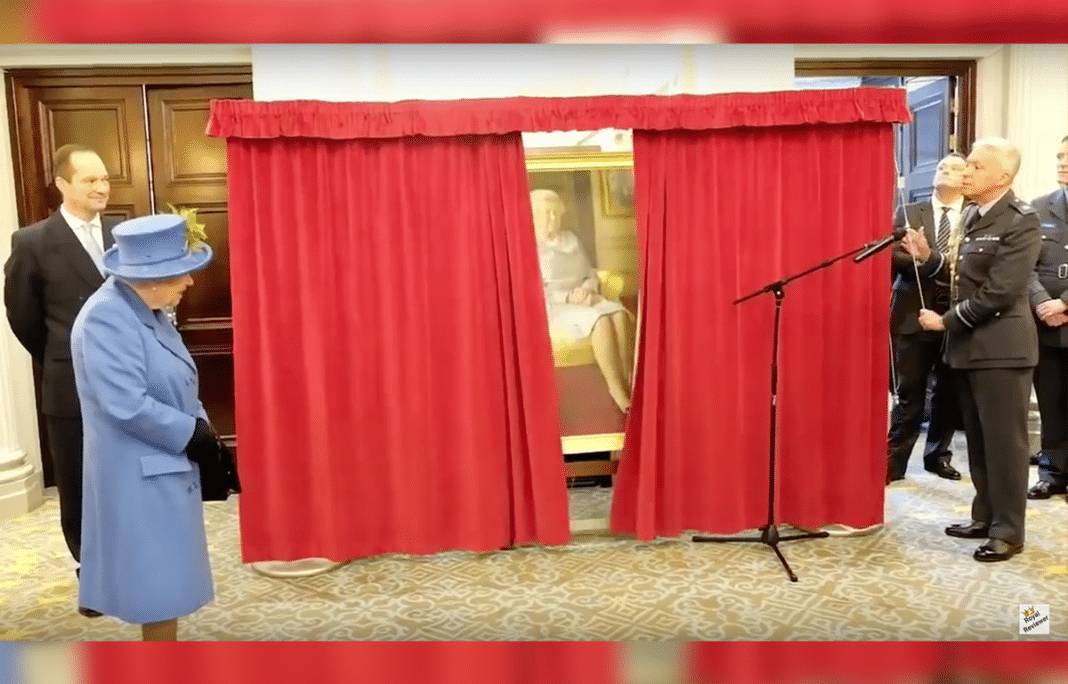 This year marks 100 years of the Royal Air Force (RAF) Club, which has been associated with the Royal Family since 1922. That year, King George V and Queen Mary visited. Today, Queen Elizabeth II is the Club’s Patron. The Queen helped celebrate the centenary year by sitting for a new portrait for one hour and twenty minutes in February. Now it is unveiled and some people are thrilled about one detail in particular.

Benjamin Sullivan, winner of the 2017 BP Portrait Award was given the chance to paint Her Majesty and chose Windsor Castle’s White Drawing Room as the backdrop.

During the sitting, Queen Elizabeth sat her black handbag on the floor beside her chair. The artist almost decided to leave it out, but then he decided that it would be more personal and meaningful to include it.

“I think the idea was to capture something of the role of the monarch, but one tries to get behind that to the person,” explained Sullivan. 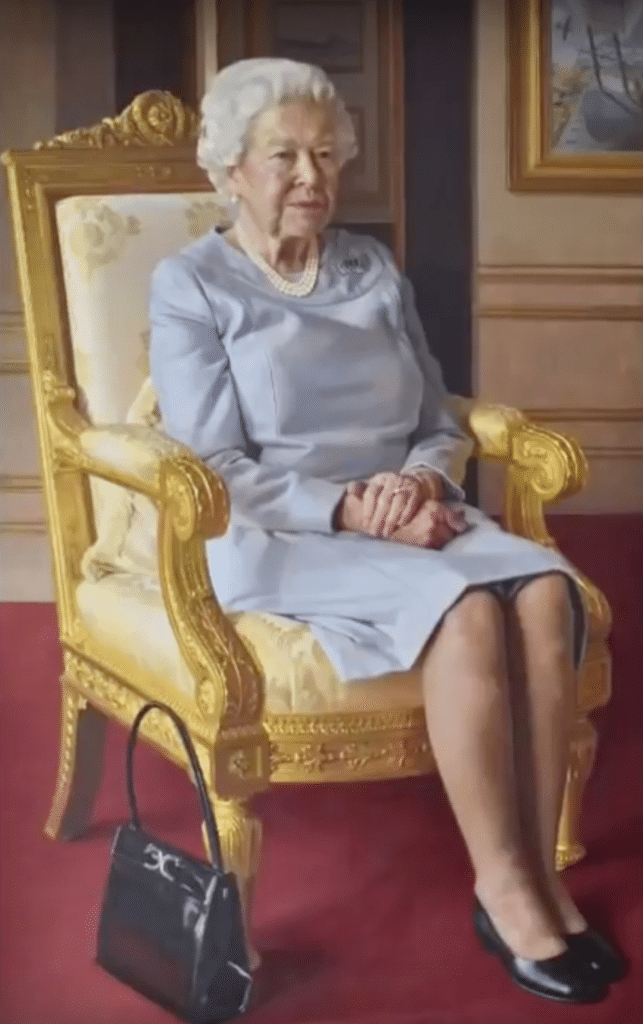 Portrait by Benjamin Sullivan for the RAF Club centenary via YouTube

“And I really like the idea her handbag was placed in front of the gilt chair. It was almost happenstance that it was placed there but it gives some idea there’s actually a person as well as a figurehead – it’s personal.”

The placement of the handbag is exactly where she sat it on the floor.

“It’s where she put it, and I thought I could take it out, but then I thought – actually it’s quite a nice thing, a personal thing.”

Although it might seem like a small detail, the Launer handbag is one of the Queen’s signature symbols, seen with her wherever she goes. She owns more than 200 of them, preferring the Royale and the black patent Traviata, which have a longer handle. The extra length makes it easier for her to shake hands, which she does constantly as part of her routine.

There has been much speculation on what she actually carries around in the handbag, as she doesn’t need things like keys, passports, or bus tickets. The Telegraph notes that a royal biographer disclosed that she carries everyday items inside, such as lipstick, a mirror, and “a crisply folded £5 note to donate to the church collection on Sundays.” Sometimes she chooses a £10 note instead.

Other items include eyeglasses, family photos, good luck charms from her children, mint lozenges, and a fountain pen, and possibly a mobile phone. Her ladies-in-waiting carry extra items like gloves, safety pins, needle, and thread.

A bit humorously, the handbag, her “comfort blanket” of sorts, is said to have a special suction cup hook that the Queen discreetly hangs underneath her table. Amazingly, she sends subtle communications to her staff simply by placing the handbag a certain way.

” If the Queen places her handbag on the table at dinner, it signals that she wants the event to end in the next five minutes. If she puts her bag on the floor, it shows she’s not enjoying the conversation and wants to be rescued by her lady-in-waiting,” wrote Victoria Ward and Juliet Eysenck for the Telegraph.

So it seems the artist made a sound decision to include Queen Elizabeth II’s handbag in her portrait. It’s the perfect personal touch symbolizing Her Majesty. We wonder if he might be slightly concerned that she placed it on the floor though?

See more in the video from the Royal Reviewer below:

More about the Queen’s secret communications to her staff with her handbag: