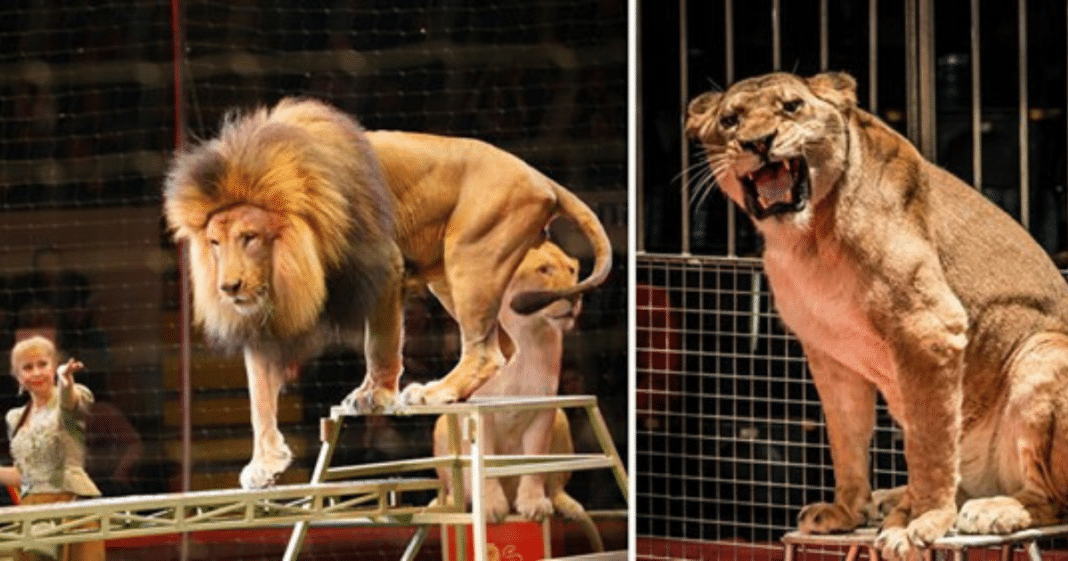 When we think of the circus, an image of exotic animals like trained elephants, lions, and tigers might come to mind. Highly intelligent elephants have been part of many circus acts for over two centuries in America.

However entertaining they may be, behind the scenes, there are often stories of cramped quarters, insufficient care, diseases, behaviors associated with boredom and confinement, and brutal treatment. Fortunately, society is changing, and new laws banning the use of wild animals in circuses are taking effect in cities, states, and more and more countries.

According to the global animal advocacy group, Four Paws in the U.S., there is an enormous list of cities and states across America that currently restrict the use of wild animals in circuses and traveling shows.

“In the U.S., there are seven states and 149 other localities (cities, towns, and counties) in 39 states that have passed various restrictions or bans involving the use of wild animals in circuses.”

“In 2019, both New Jersey and Hawaii passed statewide laws banning the use of ALL wild animals in circuses! Massachusetts, California, and Pennsylvania have also introduced similar legislation.”

The website lists 44 countries that also have bans or restrictions on wild animals in circuses or traveling shows outside the U.S.

The state of New Jersey is the first U.S. state to ban the use of all wild and exotic animals in traveling acts with “Nosey’s Law.” Nosey, a  36-year-old African elephant with crippling arthritis, was forced to travel around the country for traveling circus acts. Governor Phil Murphy signed the bill into law after it was previously pocket vetoed by Governor Christie.
People for Ethical Treatment of Animals (PETA) reported that the circus operator Hugo Liebel might soon lose his exhibitor’s license. He lost custody of Nosey, and she found safety at The Elephant Sanctuary in Tennessee.
You can see a free and happy Nosey in a huge natural habitat below:
In the U.K., all use of wild animals will be banned from circuses starting in January 2020. From Metro:

“Environment Secretary Michael Gove announced a new bill to prevent animals such as reindeer, zebras, and camels being forced to perform in circuses in England.”

“Traveling circuses are no place for wild animals in the 21st century, and I am pleased that this legislation will put an end to this practice for good,” said Gove.

A similar ban is in effect in Wales and Scotland, and Ireland has begun considering the ban as well.
Public sentiment about circus elephants and animal rights, in general, has been changing over the years. By 2015, Gallup found that 69 percent of Americans were ‘very or somewhat concerned’ about animals in the circus. There was nearly the same result for animals used in research or in competitive animals sports and contests, amusement parks, and aquariums.
The fact that more people care about the treatment of animals is partly what led to the decision by Ringling Bros. Circus to end the 135-year tradition of elephants in their acts. All of them were retired in 2016, according to Vox, which identified by name 65 remaining circus elephants in the U.S.
Extensive research by journalists exposed how circuses were “willing to put elephants through a living hell to put on a good show.” The journalists also explained flaws in the Animal Welfare Act, which allowed elephants to continue quietly suffering.
Meanwhile, at the Convention on International Trade in Endangered Species, currently underway in Geneva, Switzerland, representatives from 180 countries could vote for another ban. The majority voted in a first-round to end the capture and sale of wild African elephants for use in zoos.
The CITES meeting could also list “mammoths” as threatened species since immoral traffickers continue to try to sell elephant tusks as “mammoth ivory.”
More on Nosey’s Law from TomoNewsUS below: