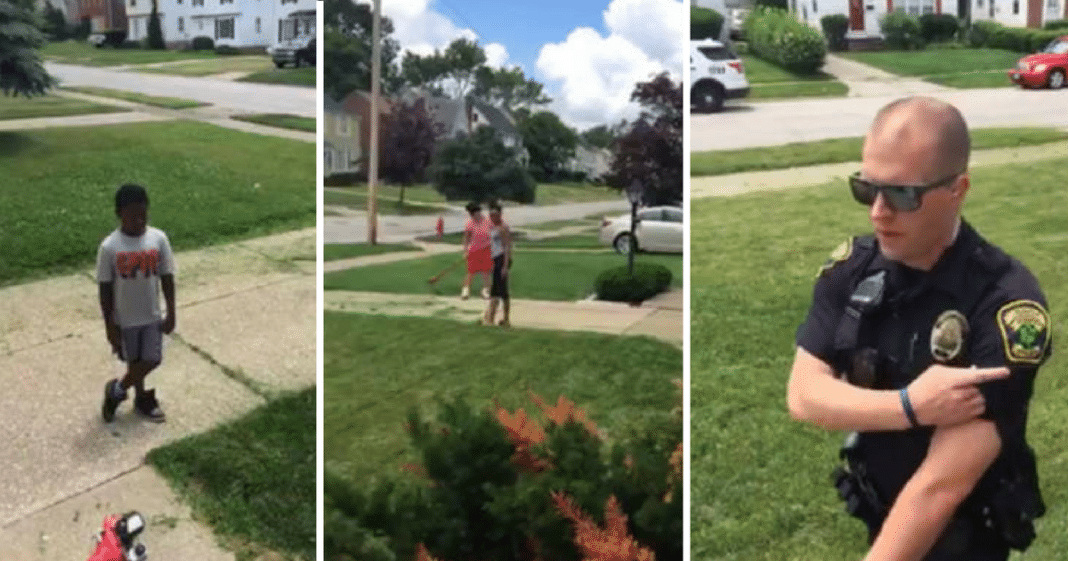 One day in late June, Brandy Field’s 12-year-old son went out to cut grass in the Cleveland suburbs. At just 12, Reggie Fields ambitiously started “Mr. Reggie Lawn Cutting Service,” with assistance from his cousins, brothers, and sisters. They didn’t expect trouble from neighbors, who called the police on Reggie.

“I like just being out of the house,” said Reggie.

Instead of staying inside the house, they would get up early, work hard, and make some money instead. They were doing great and learning about the lawn care business when the police drove up. 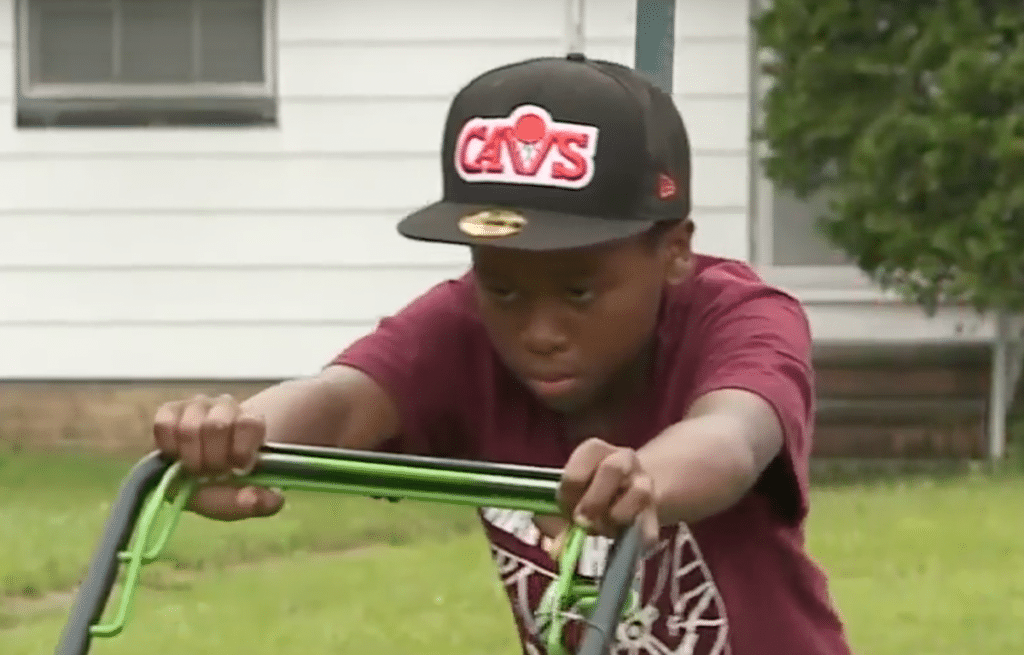 Lucille Holt-Colden hired Reggie and his young crew to mow her yard and was shocked to learn that her neighbors, Randy and Linda Krakora called police on Reggie. Why? He had cut a strip of grass that they believed belonged to them.

Instead of talking to the kids, they just dialed their phone.

“We have always been told by the police that if we feel threatened, ‘Don’t confront these people, just call us,” said Linda Krakora.

Reggie said he didn’t know the strip of grass belonged to the Krakoras.

But why would anybody call the police on kids for mowing the grass?

Brandy shared a video of the scene on Facebook, and the video went viral.
(See scenes from the video below)

Fortunately, the complaint seems to have backfired. Instead of discouraging the young kids from doing their summer jobs, the community has responded by seeking out Mr. Reggie Lawn Cutting Service. His business became an instant success, as some even donated equipment for the kids to use.

Unfortunately, the neighbors didn’t seem to learn their lesson. They called the police on Reggie’s family just a couple weeks later when they set up an improvised Slip ’N Slide on the lawn. Their complaint this time: water got on the neighbor’s house.

It appears to have been an extensive pattern for the Krakoras.

“Mic reports that the Krakoras have called police over 60 times in the last 18 years.”

“Just give me a call. I will be there on time,” says Reggie.

See more in the video from News 5 Cleveland below: