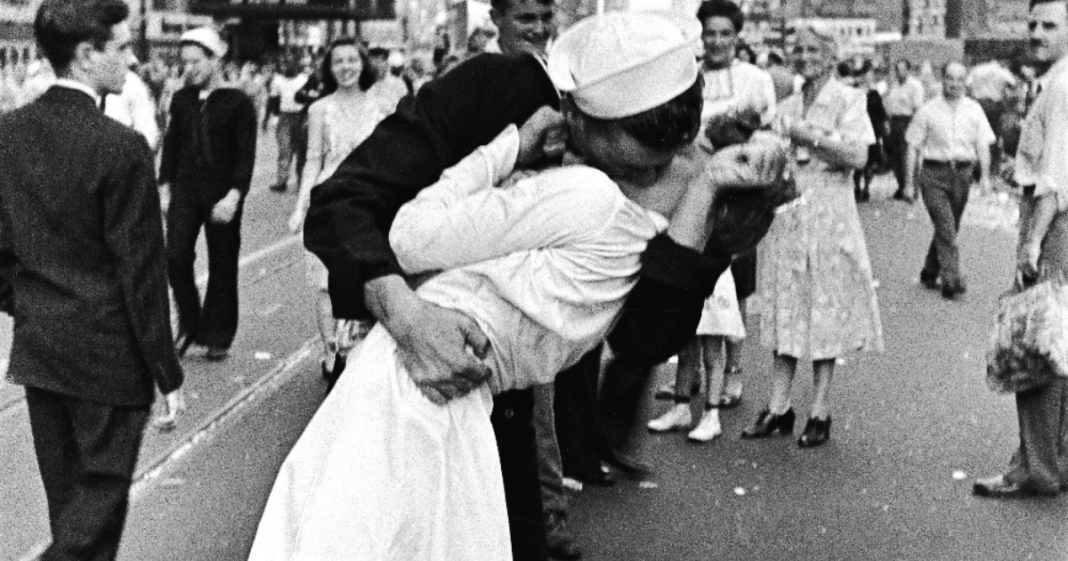 The sailor who passionately kissed a woman to celebrate the end of World War II in what’s easily one of the most iconic images in American history — has died.

Sailor George Mendonsa died Sunday at the age of 95 after falling and suffering a seizure at an assisted living facility in Middletown, Rhode Island. His daughter revealed to the Providence Journal that her father had been living at the facility with his wife of more than 70 years.

The woman George kissed was 21-year-old Greta Zimmer Friedman … a dental assistant. The pic, snapped by Alfred Eisenstaedt, was taken in Times Square on August 14, 1945, after Japan surrendered to the U.S.

As for what compelled George to kiss a perfect stranger … George told CBS News, “The excitement of the war bein’ over, plus I had a few drinks. So when I saw the nurse I grabbed her and kissed her.”

Greta — who passed away in 2016 at the age of 92 — said, “I did not see him approaching, and before I know it I was in this vice grip.” George said the kiss didn’t last long.

“It wasn’t much of a kiss,” Greta later recalled. “It was just somebody celebrating. It wasn’t a romantic event.”

It was one of four photographs taken by Alfred Eisenstadt as a round-up of celebration pictures for Life magazine.

The photographer said he snapped 4 pics in 10 seconds … symbolizing the end of WWII.