Cop spots dog taped up and abandoned on side of road, makes sure justice is served 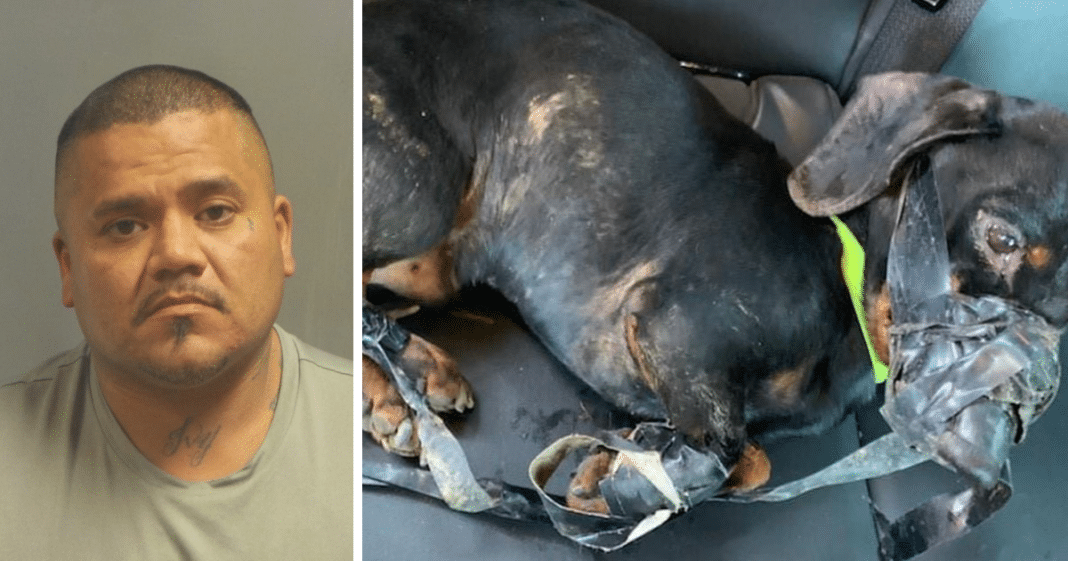 Why would someone bound a dachshund with two kinds of tape, drive to an isolated area, and throw him into a ditch? The dog didn’t belong to Paul Garcia, 39, of eastern Missouri, but for some reason, he allegedly thought the little dog was being used by police to capture him on camera.

The story begins when a Jefferson County Sheriff’s deputy somehow spotted the distressed dog who rescuers later named Jimmy. The dog’s muzzle and legs had been wrapped with duct and electrical tape, but Deputy Keith Smith found him in a ditch on Saturday morning, February 9 in the Antonia area. Smith immediately rescued the dachshund, later named Jimmy by rescuers. The deputy also ensured that the tape used to bound the dog was examined by detectives, who found a fingerprint they say matched Garcia in the police database.

Paul Garcia was arrested and charged with felony animal abuse and armed criminal action. According to court documents, he admitted to finding “Jimmy” underneath his truck while he was installing new speakers on the vehicle.

Sheriff Dave Marshak announces the arrest of Paul Garcia, 39 of Barnhart, Mo. in connection with the abuse of a canine…

“Court documents state that Garcia admitted to wrapping the canine’s muzzle and legs with tape. He also reportedly told officials he placed the dog in his vehicle and drove it to Highway M, where he pulled over and threw the dog out his window and onto the side of the road.” 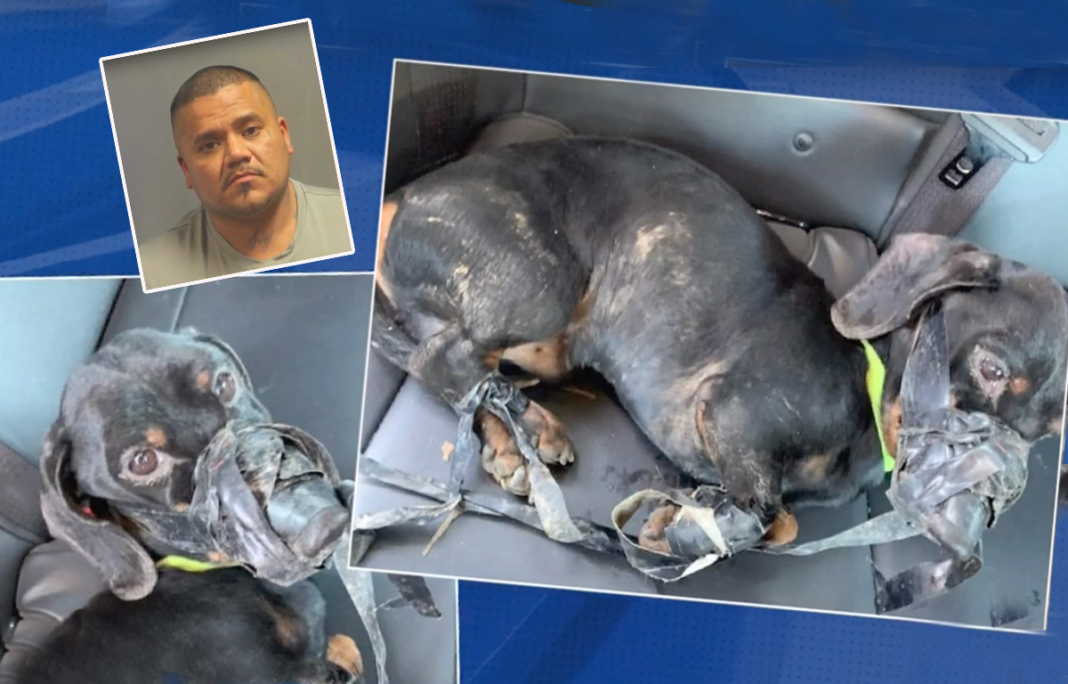 The poor little dog reportedly spent 12 hours alone and bound in temperatures that went into the teens. Temperatures were still in the 30s when Deputy Smith somehow found him. Jimmy was taken to the local animal hospital, and they discovered that the dog had suffered from a possible concussion. Otherwise, he somehow miraculously survived the night in the cold.

The Sheriff’s Office shared a video of a seemingly perfectly healthy Jimmy. When they announced they had found the owner and witnessed an “emotional reunion,” they received many comments from skeptics who worried the owner was not authentic.

‪Great news. Jimmy’s owner was found!!! And it turns out Jimmy’s name is actually “Flick.”‬‪Mahn Funeral Homes stepped up to pay the bill for Flick’s treatment and the little guy will hopefully be heading home sometime today.‬‪More to come soon…‬

Ivan Animal Hospital was able to verify Jimmy’s owner, Kaitlynn Kofron, who revealed that her dog’s name was actually Flick. They confirmed her identity using X-rays of Flick’s leg, which was broken in the past. Kofron said she was thankful to have him back and might change Flick’s name to Jimmy.

A local funeral home stepped up to pay for the dachshund’s medical care.

“We can assure you that this is his real owner and she was in tears excited to see him this morning to verify it was actually him. People have been making comments about the reunion video and we just wanted to reassure everyone that he is home.”

That moment when a lost dog and his heartbroken owner are reunited. ?Flick, a.k.a. “Jimmy,” was given back to his owner today. He was dumped last weekend with tape around his muzzle and paws.One of our deputies spotted Flick down in a ditch and came to the rescue.Flick was taken by Jefferson County Animal Control to Ivan Animal Hospital where he was nursed back to health by the good people there. Meanwhile, our detectives and evidence technicians were hard at work to catch the guy who dumped Flick.Thanks to some excellent police work, the man we believe is responsible was arrested and charged with animal abuse and armed criminal action.But, the search was still on for Flick’s owner. And that’s where YOU ALL came to the rescue. Thanks to the thousands of reposts about Flick’s story, today he’s going back home safe and sound. When there’s a need we can always count on our community and our local news organizations to help spread the word.Finally, a special thank you to Todd Mahn of Mahn Funeral Homes. He made a donation to cover the cost of Flick’s medical bills.From the deputy who first spotted Flick, to the detectives and evidence technicians, animal care specialists who took care of Flick and the community who wanted to see him go home, this was truly a team effort.Thank you all for making this a #HappyEnding.

Wonderful. Better than the pictures. I saw the pictures and I busted out crying and I puked,” said Kofron. “I know that too much information but it’s just overwhelming. You never want to think it’s your dog,” she said.

GREAT NEWS! Jimmy, the poor little dachshund who had his mouth and paws taped and was then thrown into a ditch out in the cold, has been reunited with his owner. https://t.co/LnQ4YgNyQP #kwch12 pic.twitter.com/R8U2dCn2I3

Later, the Sheriff’s Office congratulated the men who found Flick, brought him to safety, and found the evidence to bring the perpetrator to justice. Deputy Keith Smith found Flick in the ditch and Detectives Lee Morris and Nick Schuenemann were able to find the fingerprint that led to Garcia’s arrest.

Garcia was charged with Class E felony animal abuse and is being held on a $50,000 bail. He is also charged with one count of armed criminal action and could land in prison for up to seven years. Investigators believe he threw Flick from the window of his vehicle.

We want to congratulate the deputy and investigators involved in the animal abuse case of Jimmy/Flick the Dog.Deputy…

Maybe they should change Flick’s name to “Lucky.” How did this little dog survive bound by his mouth and feet all night in the freezing cold? How did the deputy happen to find him? To top it off, they were able to track down a man who confessed to the crime just a short time later. That is definitely one very lucky dachshund, to say the very least.

More from KMOV St. Louis below: