Mom Trapped In Melting Ambulance After Giving Birth During Fire, Then Stranger Drags Her Into Random House 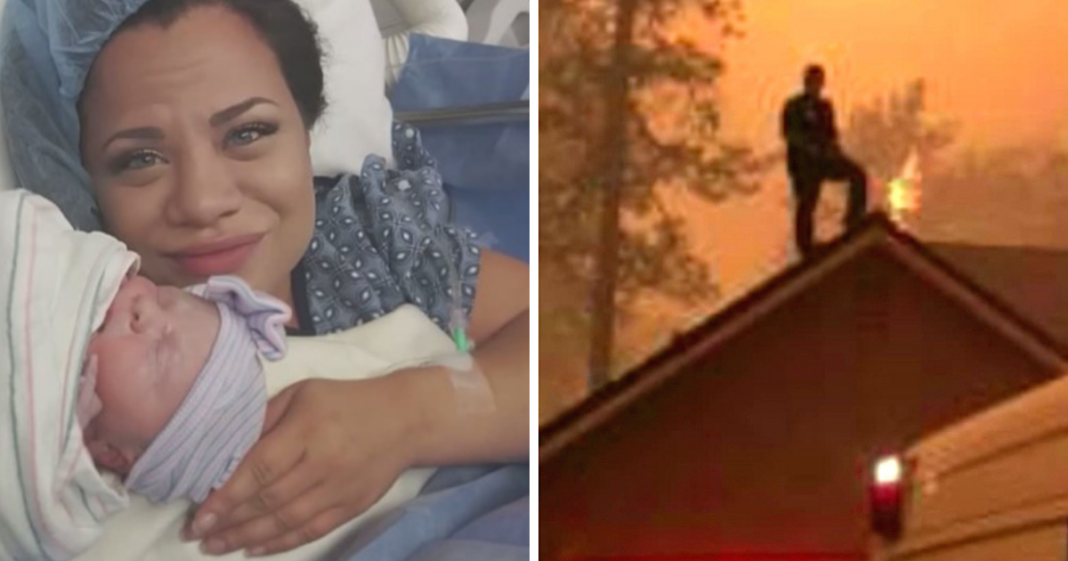 Paradise turned into Hell on Earth when the Camp Fire reached Feather River Hospital. Staff had to make a desperate escape with just minutes to spare, loading up patients in their personal vehicles, two ambulances, and driving into the raging fast-moving flames. One mother, Heather Roebuck, had just given birth by C-section to a baby girl, Halley. Immediately after, she had to be hastily sewn back up and evacuated.

Roebuck described what happened as she was separated from her newborn and husband to flee in an ambulance.

“I’m in the middle of surgery. Do we go? Us? They just stitched me up really quickly,” she said.

The situation went from incredibly bad to far worse, as the ambulances literally started to melt about a mile from the hospital. Flames surrounded them in the pitch black darkness created by thick smoke at 9:15 a.m. Roebuck and the other patients and nurses thought they were done for. They called their loved ones to tell them goodbye.

“And I realized that I’m not going to make it,” she recalled. “I just told [my husband] on the phone that I was really sorry, that I just loved him and that I wasn’t going to be there with our kids,” said a tearful Roebuck.

But all was not lost. Just when they thought the fire would kill them, a pediatrician pulled Roebuck from the ambulance. There was one nearby home that had not caught on fire, and it was their only chance for refuge. 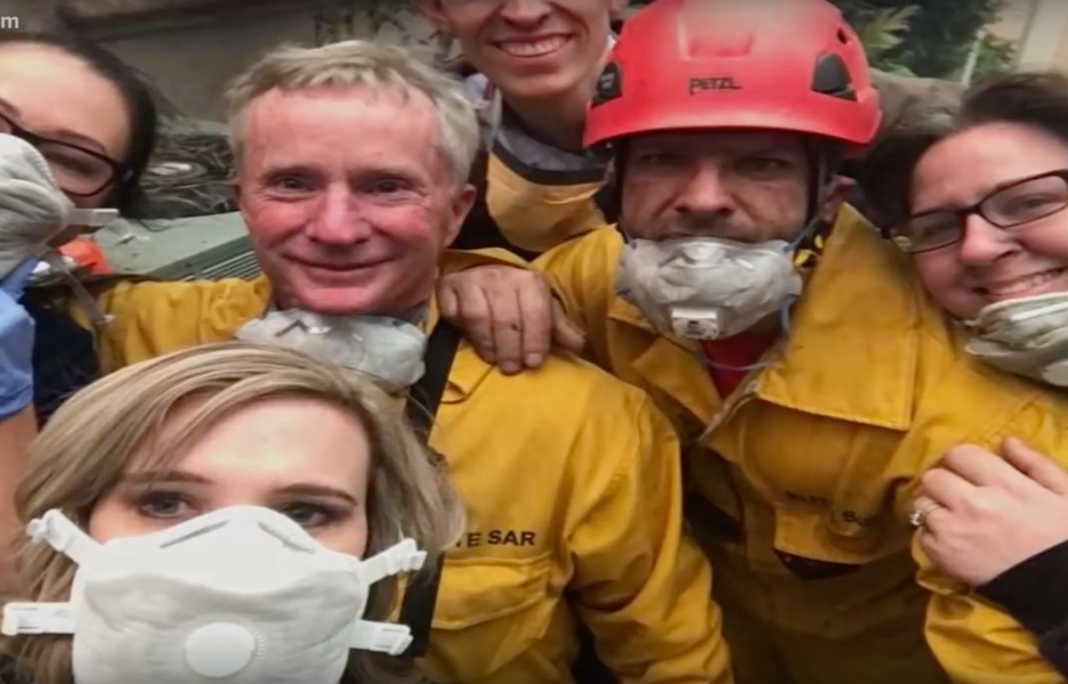 The Feather River Hospital staff who took refuge in the home

The group headed for it, crawling in through a doggy door and hiding in the garage. The family who lived in the house had already fled for their lives, thinking the house would be consumed long ago. This one house remained standing.

Soon after, Fire Chief David Hawks found the group and organized an effort to save the home from the flames, even as the home next door burned. The 13 people trapped in the house followed his orders and kicked into survival mode. A paramedic cleaned pine needles from the gutters and hosed off the roof. Medical staff and firefighters cleaned brush from the yard as the flames reached the fence and burned it down.

After a harrowing two hours, the sheriff’s van arrived and all 13 people piled in and headed for another hospital. Then Desiree Borden, the owner of the home, found out on Facebook that not only had her home not been destroyed but that it had served as a sanctuary in the hellish blaze.

You guys OUR HOME SAVED LIVES!!! You have no idea how fast this fire spread, I thought for sure it was gonna be gone! This makes me so incredibly grateful and I want to meet these people! UNBELIEVABLE

Darrell Wilken, a registered nurse, was one of several Feather River staff members who evacuated the patients in his own car as the flames surrounded them on all sides. He took a horrifying three-hour-drive to escape and made it to safety.

“What do you do when you go through hell? Well, you just keep going.” said Wilken.

I didn’t want to lose anybody,” Wilken said. “We have not just an obligation to our patients, but we have an obligation to humanity. We have to do our jobs, regardless of adverse conditions.”

Because of the valiant efforts of the Feather River Hosptial staff, the Fire Department, the Police Department, and volunteers, all of the patients were accounted for after the fire.

See more from ABC10 News below:

See more from HeartThreads below: