Mom Thinks Stranger Found Son’s Wallet, But When She Reads The Note She Bursts Into Tears 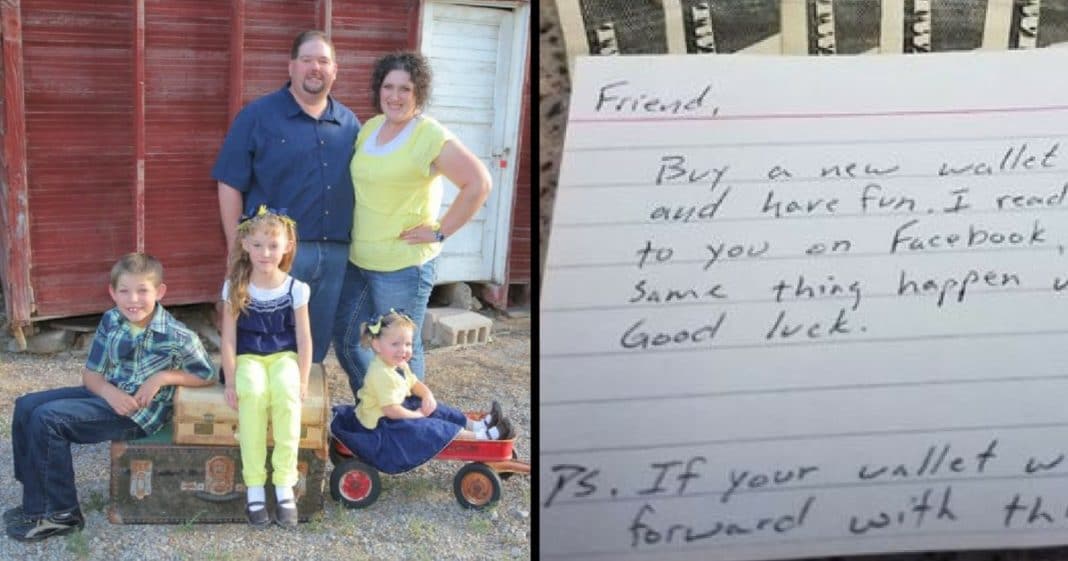 Thirteen-year-old Karden Devenish from Utah had been working summer jobs pulling weeds and mowing lawns to save up for a deep sea fishing trip with his uncles. He had saved $80 for the trip, but unfortunately, Karden had to learn the hard way that carrying his life savings around in his wallet was not necessarily the best idea.

On July 6, Karden visited Nickel Mania, a local arcade. While there, he misplaced his wallet. Karden searched the place and retraced his steps in hopes that he would find it, but his search was unsuccessful.

After returning home and breaking the news of the missing wallet to his mom, Megan, she posted a plea for its return on a local community Facebook page.

“My 13 year old son and his friend were at Nicklemania in Springville today from 11:30 to 1:30,” Megan wrote. “During that time my son lost his wallet.  It is navy blue with Velcro closure.  It had $80.00…It also had his fishing license, and a fiiz punch card in it. No id other than the license that does have his name on it.”

Megan included her phone number and asked anyone who might have the wallet to please message or call her.

Hours later, a call came from Nickel Mania saying someone had brought something in for Karden. Assuming it was the missing wallet, Karden’s father went to the arcade to retrieve it.

What he found was not his son’s wallet, but rather an envelope containing six $20 bills, totaling $120.

“Friend, Buy a new fishing wallet, fishing licensing, and have fun. I read what happened to you on Facebook and had the same thing happen when I was younger. Good luck. P.S. If your wallet was returned, pay it forward with this.”

Megan, in tears, posted an update on Facebook and said she would be paying it forward whether the wallet was found or not.

That day Karden certainly learned to keep better track of his life’s savings, but he also learned an even bigger lesson:

“I thought the world was all bad and everything,” he said, “but now I realize that there are actually some good people out there.”

Were you touched by what this anonymous stranger did for Karden? So share this!