Mom Steals Groceries For Kids Who Hadn’t Eaten In 3 Days, Then Cops Show Up & Fill Fridge With Food 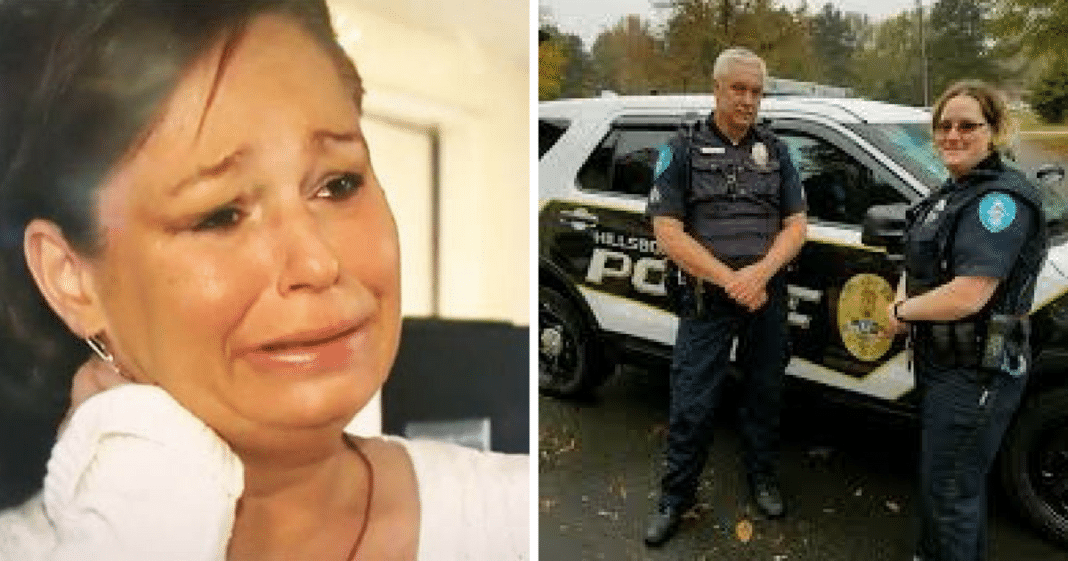 Theresa West is a mother of three from North Carolina. She struggled to feed her babies. It had been three days since they’d eaten. West was yet again turned away by another organization that was supposed to help folks like her. West hated to consider resorting to illegal means to feed her kids, but she was at the end of her rope.

She went to her local grocery store, Food Lion and shoplifted around $36 worth of groceries. Soon after, officers from the Hillsborough Police Department knocked at her front door.

A teary-eyed West admitted to Senior Corporal Keith Bradshaw and Officer First Class Candace  Spragins that she’d stolen the food. She explained the reason why she did it. “I had to go out and steal food, and that’s desperate,” West stated. “And I’m sorry for doing what I did, but my kids were hungry.”

West had previously reached out for help without success. No one could provide immediate crisis intervention. “We called the churches, and everything and everyone was like, ‘We go through Interfaith Council, we go through this and go through that, and nobody would give us anything,” West told WRAL-TV. “We had nothing,”

Bradshaw confirmed the state of West’s refrigerator. It was bare.

While West found herself before a judge facing a misdemeanor larceny charge, Bradshaw and Spragins went shopping. They purchased $140 worth of healthy food for West and her children.

***Based upon the overwhelming response, we are asking anyone who would like to donate food or funds to contact their…

Learning of their generosity, West cried tears of joy and relief. “My favorite verse is Matthew 23:24, ‘Whenever I was hungry, you fed me,’” West told WRAL-TV. “I’m struggling so hard to make it and just to have somebody to come help me is just been a miracle.”

The Hillsborough PD knows they haven’t done enough to sustain west and her children. The department will continue to partner with West to ensure she receives the right resources she needs to have longterm success.

“Sometimes police work is not cut and dry,” the department wrote on Facebook. “We are people first and cops second.”

Bradshaw feels doing the right thing is simply part of his work in serving and protecting his community. “It’s not all about just going out and charging folks,” he said.

Since news of West’s situation has come to light, many members of the community have contacted the police department wishing to help. the department has encouraged folks to donate  through local food banks and social service organizations “to ensure that maximum gain is achieved  from this random act of kindness.”

A woman who stole food for her childrenNow has a full refrigerator thanks to local police. WRAL Mikaya Thurmond has a preview to her story tonight

“Sometimes you gotta go that extra mile and look for other ways of helping and improving your community and the quality of life for the people in the community,” Bradshaw expressed. “And if  that improves her life a little bit and it helps her, I will do it again tomorrow.”

The holidays aren’t the only time of year when people are in need. Some are always struggling to put food on the table for their families. You can help by donating money or canned goods to local food banks or churches.