Mom Thinks Age 5 Son Is Talking To Husband On Baby Monitor, Then He Tells Her ‘It’s Not Daddy’ 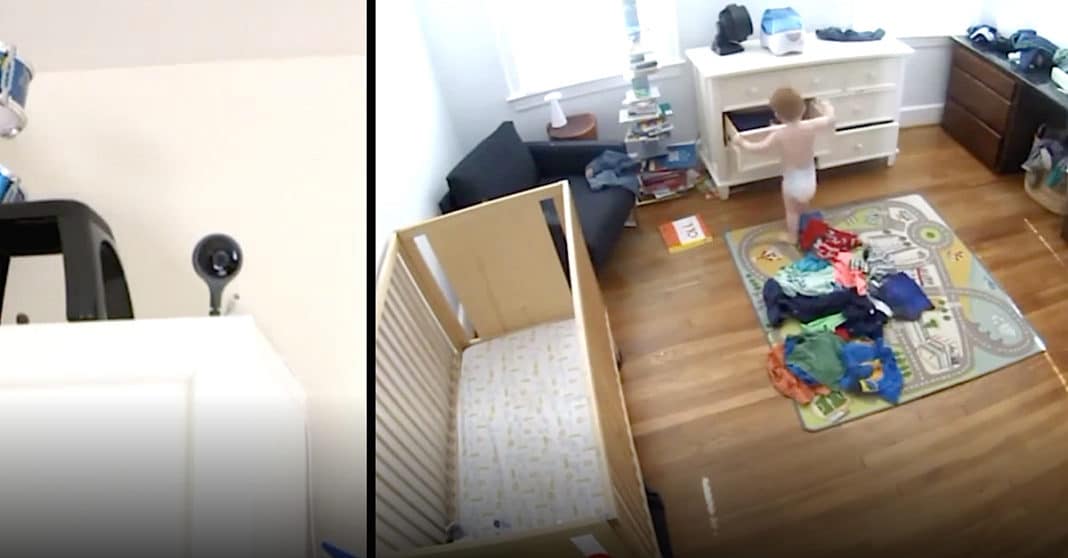 Home monitoring systems with “nanny cams” are more affordable and easier to install than ever, with easy access from your cell phone. They should offer peace of mind, allowing you to take a peek at your home, your child, or your pets so you can rest easy while you have to be away. But for one Long Island mother, the home monitoring system didn’t provide security. Instead, it was an invitation for a hacker to invade her privacy and destroy any sense of security she had.

A mom in New York realized recently that someone had hacked into her family's nanny cam, and was using it to talk to her son. https://t.co/2LMVHUY6SA

The mom came forward to warn others that your nanny cam could be compromised and that a stranger could be watching you or your family. Not only that, they could be talking to your child through the system. In other words: The voices are coming from inside the house. It’s beyond creepy and disturbing.

The woman explained that every day, her 5-year-old son looked forward to coming home from school so that he could chat with his Dad on the camera. But on one horrifying day, it wasn’t his father who answered back.

“My son came running out of the playroom and found me in the kitchen, which is right off the [playroom] and said, ‘Mommy, it’s not Daddy talking to me!'”

The woman asked her son what the voice was saying.

The startled mom went into the playroom, and then the man’s voice spoke directly to her. She unplugged the camera after informing the stranger she would be calling the police immediately.

After informing authorities and the company that makes the monitoring system, she is still left feeling afraid in her own home and has no answers for who the mysterious stranger was. That’s why she came forward to tell her story.

“I don’t know how long someone’s been watching me.”

The police told her there was little they could do, and the manufacturer could only suggest she change her password and start using two-factor verification when logging in to her system.

If you have a similar system, it would be wise to change your password and use two-factor authentication as soon as possible. There is a slight risk that hackers could obtain access and hijack the cam that is supposed to offer peace of mind. In this case, it did the exact opposite.

Nobody knows how pervasive the problem really is, so it’s best to take precautions.

See more from PIX11 News below: