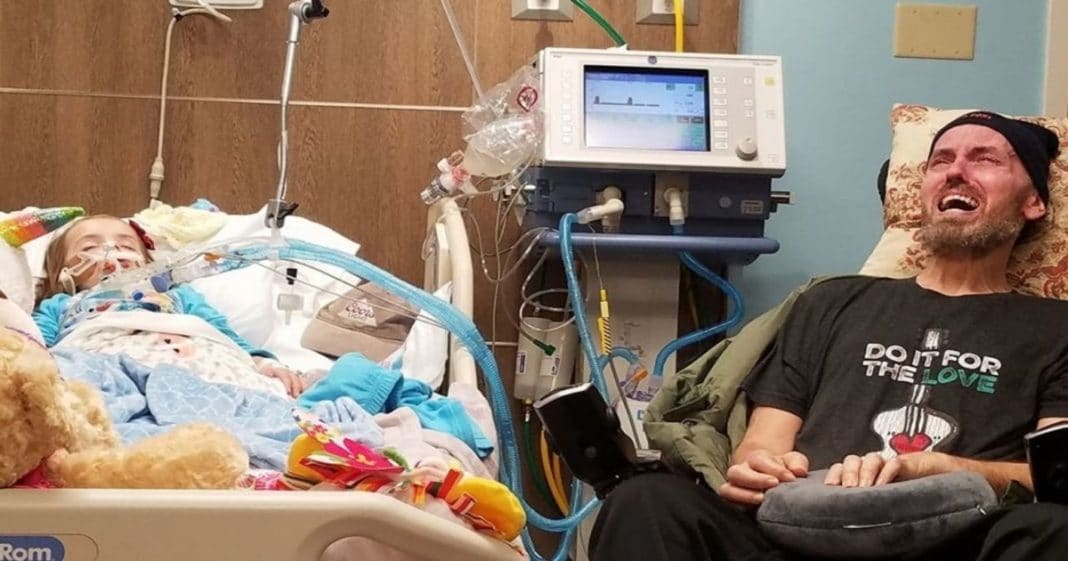 The loss of a loved one is never easy. One family from Pensacola, Florida, is currently facing heartbreak as they prepare themselves for the passing of their dying 5-year-old little girl who was recently diagnosed with an aggressive type of brain cancer.

As mentioned in an article posted on Fox News, Braylyyn Lawhon was found to have Diffuse Intrinsic Pontine Glioma (DIPG), a rare cancer that typically kills its victims in less than one year, according to the National Institute of Health.

Unable to fully express her pain using words, Braylyyn’s mother, Ally Parker, shared a picture on her Facebook that is moving hearts all over. 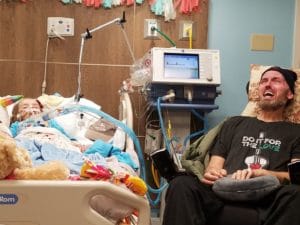 Sean Peterson, Ally’s father, is seen crying hysterically at his granddaughter’s bedside. He is suffering from ALS, or Lou Gehrig’s Disease, and can no longer comprehensibly communicate with those around him, but the pain written all over his face says more than any word can.

As a result of his illness, her father is expected to pass away shortly as well.

Fox News shared some words written in a Facebook post by Ally, expressing how she feels about the entire situation. “In a few days I will have to bury this beautiful little girl. Months, maybe even weeks, later, I will have to bury my father. Both of my heroes, gone, within the same year,” she continued. “How could this happen to us? What did any of us do to deserve THIS?”

“There is no one in this world who is evil enough to deserve to feel what I am currently feeling,” she wrote. “My baby girl deserves to live a full, happy life, and so does every other child who has had to face DIPG.”

The family had plans on sending Braylyyn to Mexico for an experimental treatment, but her illness got worse when doctors found Braylyyn bleeding because of the tumor. Doctors presume that she will pass away any day now.

I cannot imagine the amount of pain that this family is going through. I can only pray that God will give Ally and her loved ones the peace that they need to get through this heartbreaking trial.

We are with you, Ally. You do not deserve this. Hoping for a miracle!