Mom of four loses everything as she waits for 6-month-old to receive heart transplant: please pray 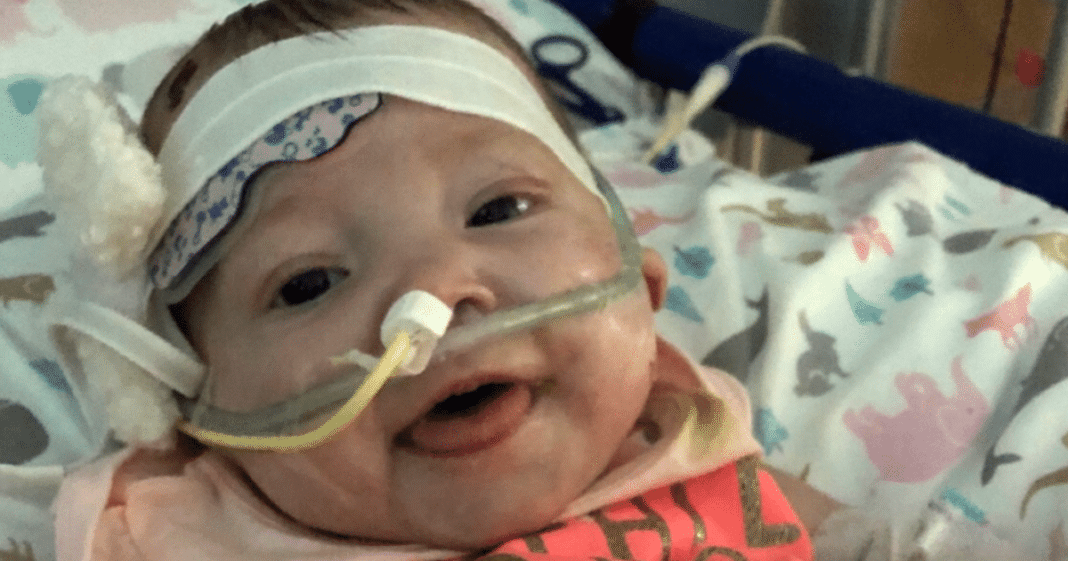 A mother of four and her family from Tallahassee have lost almost everything they owned to be near their baby. Autumn Fox, just 6-months-old requires a heart transplant to survive. In the meantime, she is hooked up to life support in a cardiovascular ICU and has lived each day attached to a dizzying array of tubes. Nobody knows how much longer the family will wait for a donor.

“It may take six months to a year to get her a heart if not longer so I’m uncertain of when my precious angel may get to come home.” 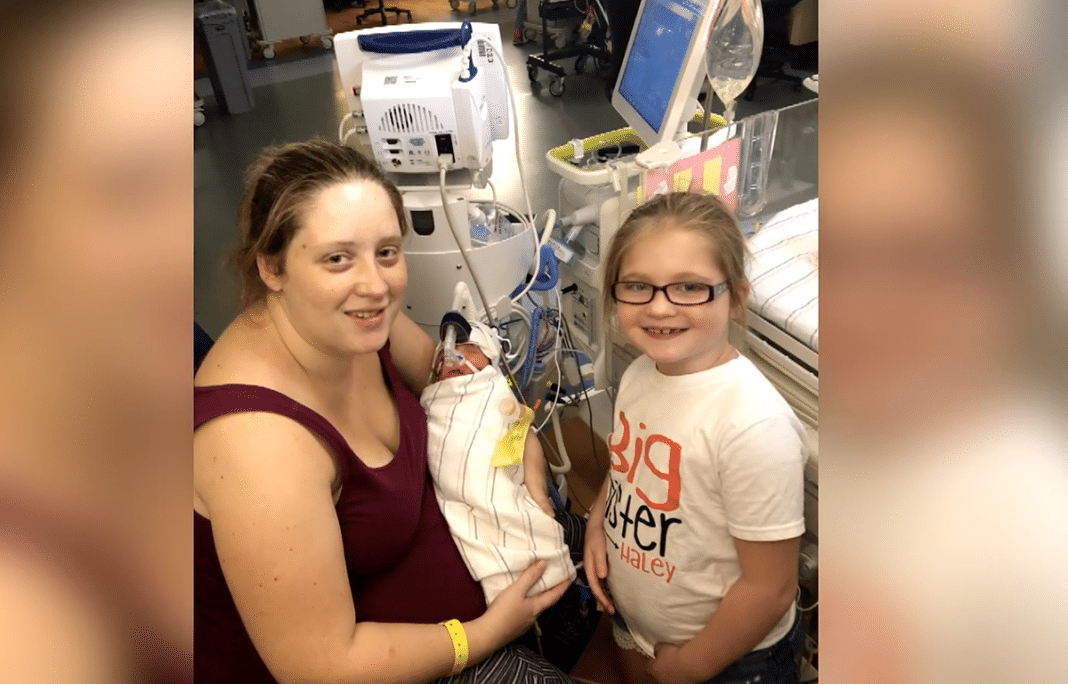 Nicole with Autumn Fox and her daughter Haley

According to WCTV, Autumn was born with several health problems, including genetic issues, heart problems, and even brain bleeds. She is hooked up to an Extracorporeal Membrane Oxygenation (ECMO) machine that takes over the baby’s breathing from her heart implant and lungs. In late February, she underwent an 8-hour surgery and received a Berlin heart pump.

For each day the infant remains on life support, her family must struggle with day-to-day expenses. Autumn’s mother, who has three other kids, says each day is now becoming a struggle, not just for her baby, but financially. 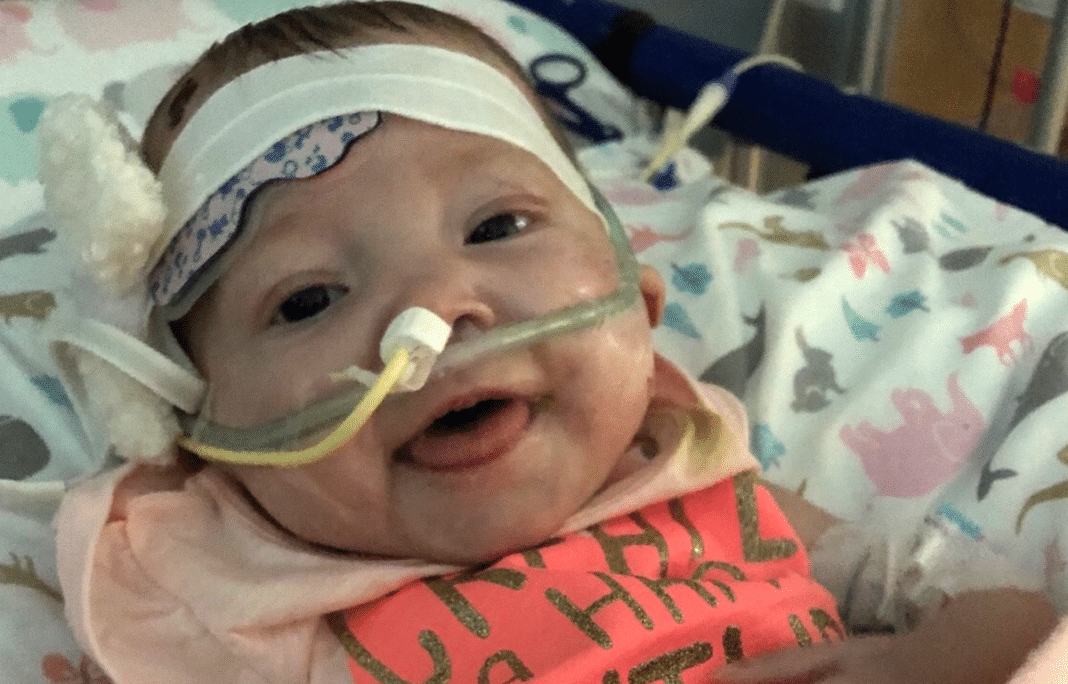 Nicole gave it all up so she could be with Autumn at Shands Hospital in Gainesville. The family sold off their larger car and moved to the Ronald McDonald across from the hospital in an old truck. Later, they were able to move to a nearby apartment with help from Aenon Baptist Church.

“I sold everything to uproot myself and come here,” Nicole says.

Autumn’s grandmother, Rebecca Fox, who says she sometimes cries in private, says it’s heartbreaking to see her daughter lose their home to pay for the essentials like gas and food. They even had to sell the swingset belonging to Nicole’s 8-year-old daughter Haley, who cried to see it go.

Nevertheless, Haley offered to give her little sister her own heart.

“Mom, I just want to give Autumn my heart. I want her better,” Haley told her mother.

Nicole must rise early each day at 5:00 in the morning to get her husband to work, her kids to school, and then have as much time as she can to travel to the hospital. Then she heads back home, making repeated calls to check on her daughter. 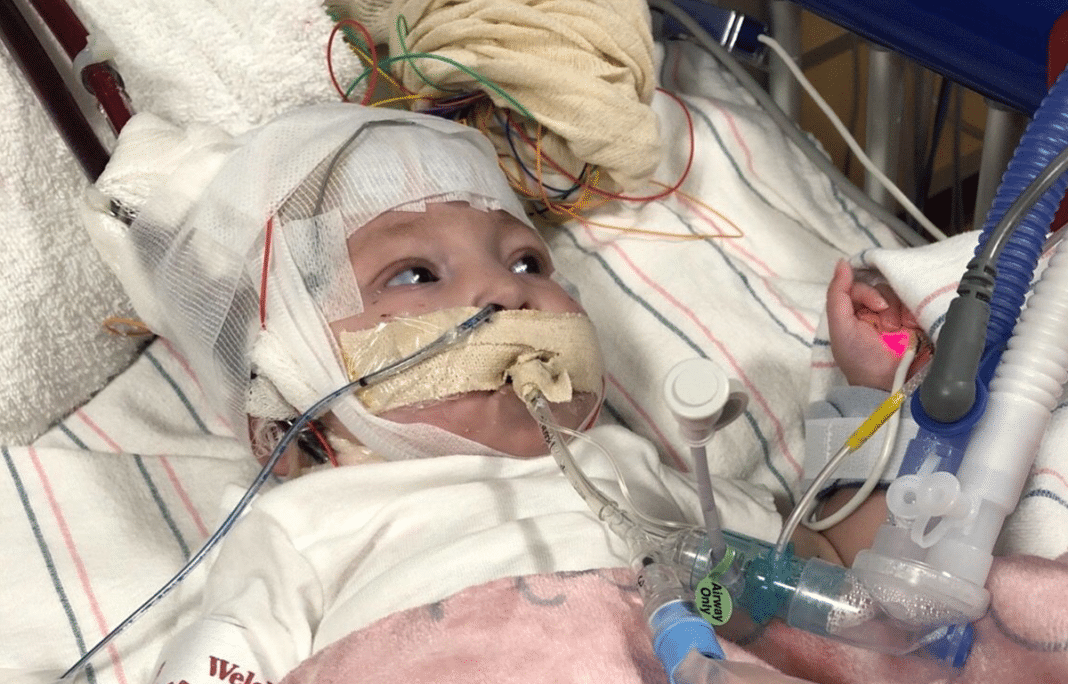 “No one really gets that holding a baby without wires and tubes and all that stuff is something to be grateful for because everytime a monitor beeps you’re looking to see what it is,” she said.

“I go home and sleep and I hear monitors all night long.”

She is surviving on as little as four hours of sleep each night.

The family created a GoFundMe page to try to raise funds for medical expenses not covered by insurance as well as living expenses. Nicole hopes that donations will allow her to be by Autumn’s side around the clock. So far the fundraiser has only raised about a quarter of the $50K goal in three months.

See more from Katie Kaplan of WCTV below:

Hoping for a heart: A Tallahassee family has lost nearly everything while hoping for a heart for their infant.6-month-old Autumn Fox has been a fighter her entire life. The Tallahassee baby was born with several serious health issues and is now waiting at Shands Hospital on life support. Her family has lost their business, home and vehicle to be by her side as they hope for a heart transplant. Help this family –> https://bit.ly/2XLqnNk WCTV.tv Shands Children's Hospital – Unit 42