Mom With Cancer Doesn’t Have Long To Live, Dying Wish Granted When Son Shows Up In Cap & Gown 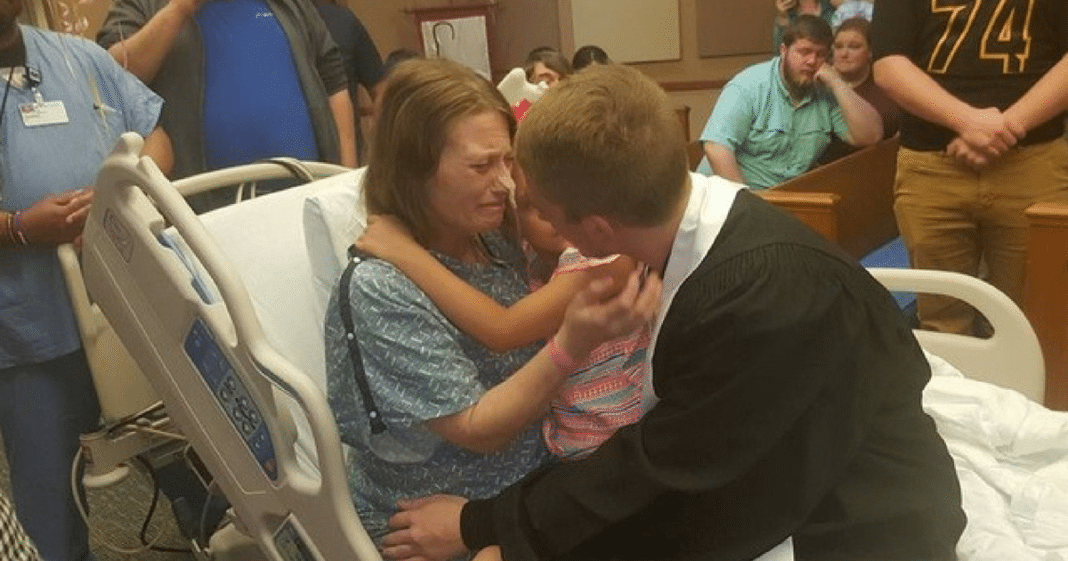 A mother from Ripley, Tennessee, Stephanie Northcott was diagnosed with a rare cancer in 2015 and given just 10 months to live, but she wanted to hold on long enough to see her son Dalton graduate from high school on May 18. She beat the odds and made it to just two weeks from graduation day when doctors feared she might not hold on any longer.

Her friend of 21 years, Julie Northcott, knew how important it was for her:

“For two years, that’s all she’s (been) talking about. She wanted to make it to her son’s graduation,”

Julie was determined she would find a way her friend would see the graduation.

“No matter what, you’re going to see Dalton graduate,” Julie recalled telling Stephanie. “I just had to do it one way or another.”

Julie contacted the school principal, who readily agreed to conduct a ceremony at the hospital.

The principal from Halls High School, Suzanne Keefe, medical staff at the hospital, and Dalton’s friends and football teammates would work together to bring graduation to Stephanie.

The chapel was decorated by staff from Baptist Memorial Hospital East with graduation balloons, banners, and signs.

Friends wearing caps and gowns and football players in their team jerseys walked with Dalton into the hospital room while “Pomp and Circumstance” played. He handed some balloons to his Mom and gave her a hug, and then went to the front of the chapel to receive his diploma from the principal. 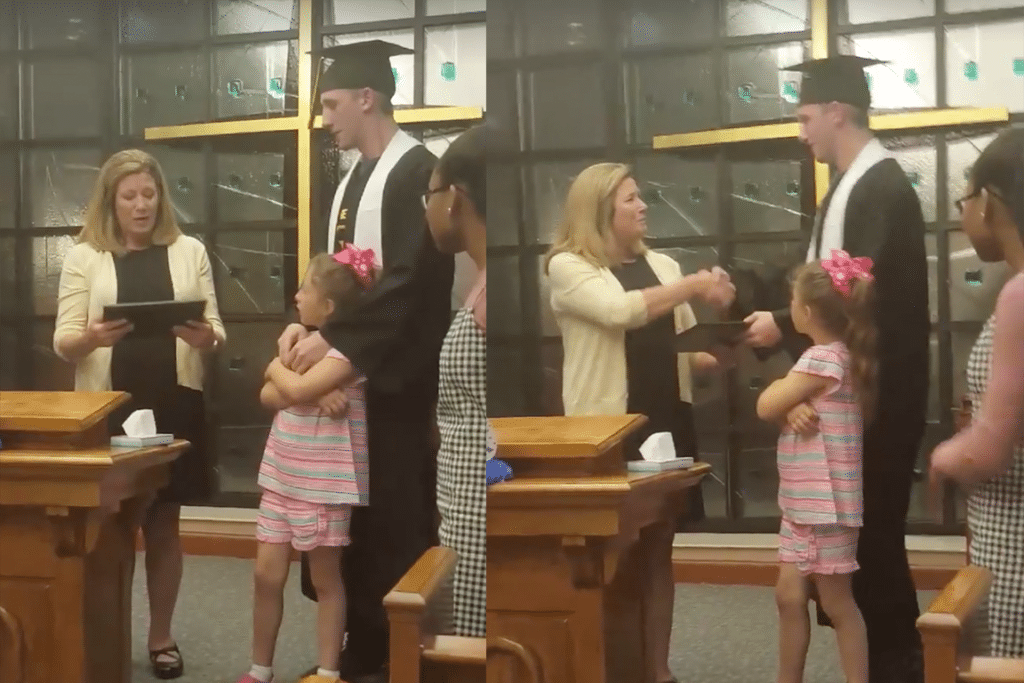 Dalton gets his diploma, while Mom watches

Dalton and his friends tossed their caps in the air, and then he shared a dance with his mother to the song by Rascal Flatts, “I Won’t Let Go.” 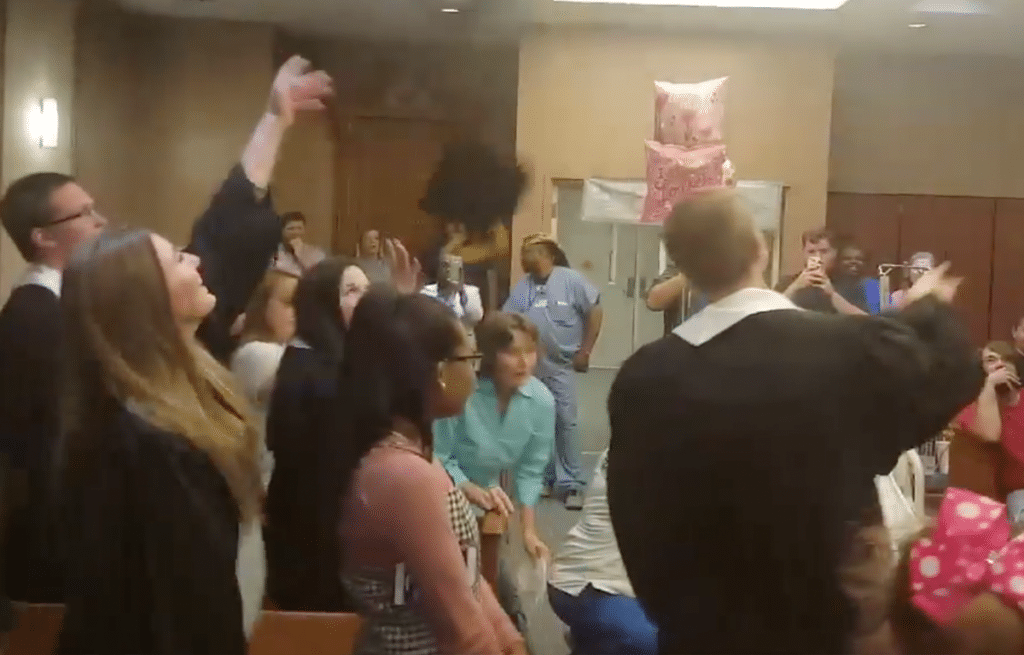 The friends throw their hats in the air.

Stephanie sang the song to her son and 7-year-old granddaughter, Maddyson, as she hugged them. 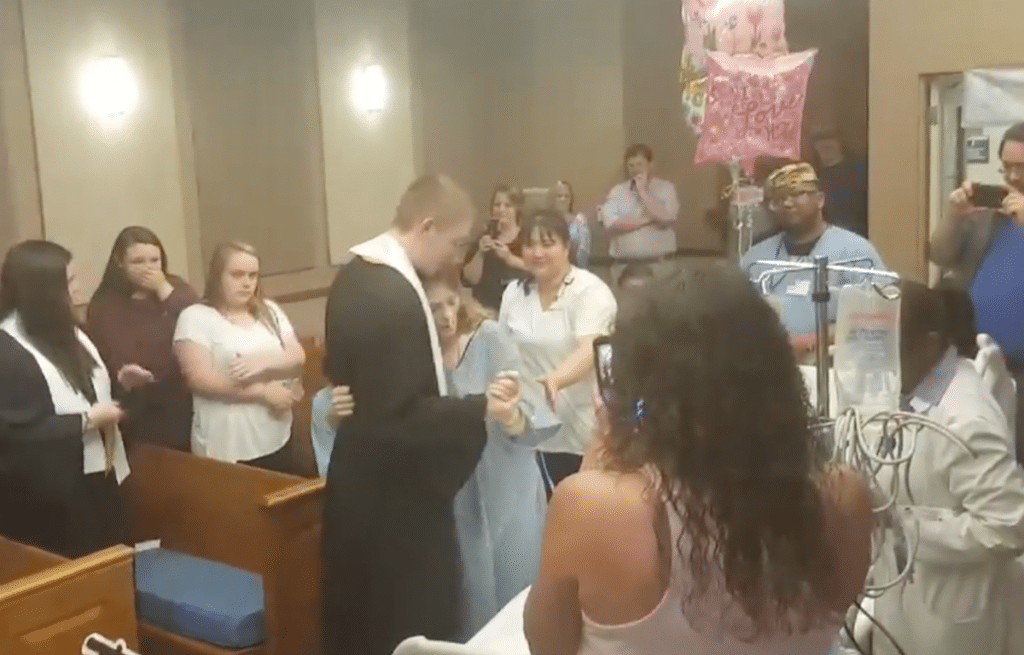 The happy Mom dances with her son.

Her wish had come true.

Stephanie was diagnosed with Lynch syndrome, a genetic condition that increases the risk for cancer. She was hospitalized on April 25. Tragically, her daughter, Amber, died of the same condition in 2012 at age 21.

Days after seeing her son receive his diploma, she passed away. She would not have lived until graduation day, but her dying wish came true after all.

Northcott’s sister, Julie shared the video on Facebook, with a link for those who wish to donate to cover the funeral costs.

See more from Now This below:

Dying Mother Gets to See Her Son Graduate From Hospital Bed