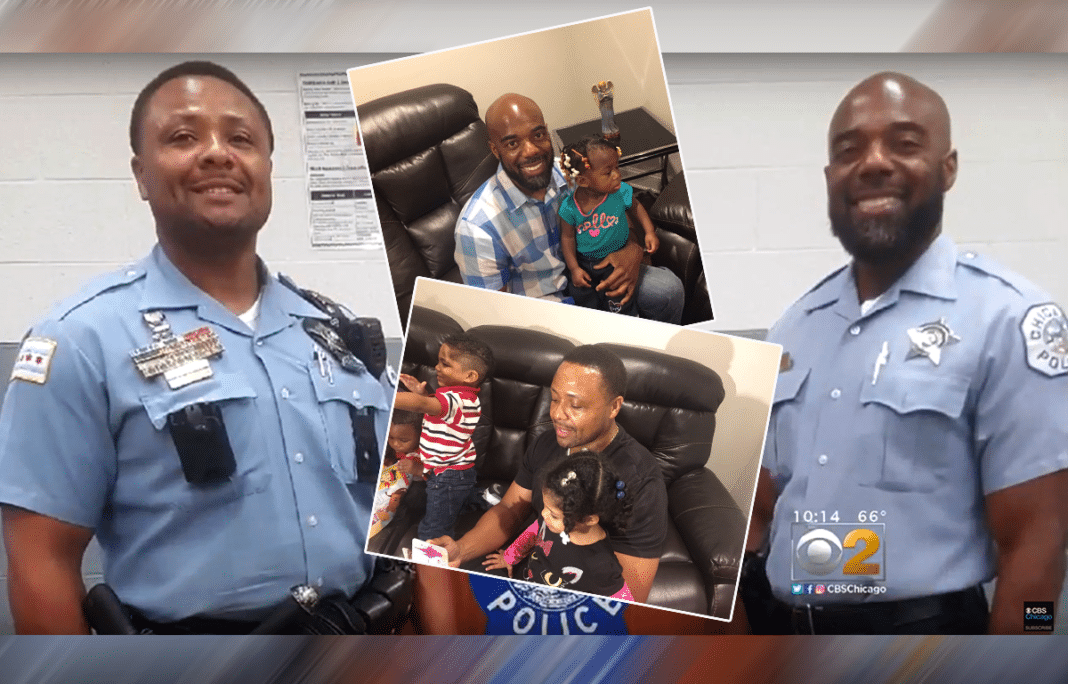 A mother fleeing an abusive relationship in South Dakota made her way to Chicago with her two sets of young twins. Once in Chicago, she was struggling and unable to make ends meet. Finally, in desperation, she took her distressed children to the Chicago police department in the 11th district, hoping as a last resort they would do something to help.

Two of the children were 3 years old and the other two were just 18 months old at the time.

The woman held the four babies in her lap, crying as she told her story to the police. She was estranged from her family in Chicago and didn’t know where else to turn.

Fortunately, her story reached the right two officers: Howard Ray and Matthew Jackson. They knew they had to help.

Soon they had tracked down the children’s grandmother, Patricia Tillman, who was happy to take in her grandchildren.

“I’m really grateful for what they have done for my daughter and for me and my family,” said Tillman.

Finding the grandmother was just the start. The two officers also went on a shopping spree for the family, and delivered the goodies, along with Officer Jackson’s wife and kids.

Officer Ray said helping the family felt good and wanted to prevent the same problem for others in his community.

Jackson says he wants to show that he really cares.

“It says that we’re human, and we’re concerned about the community in which we serve,” said Officer Jackson.

It’s great to see a story such as this, where the police officers became community heroes for a family in need.

The kids are now living with their grandmother.