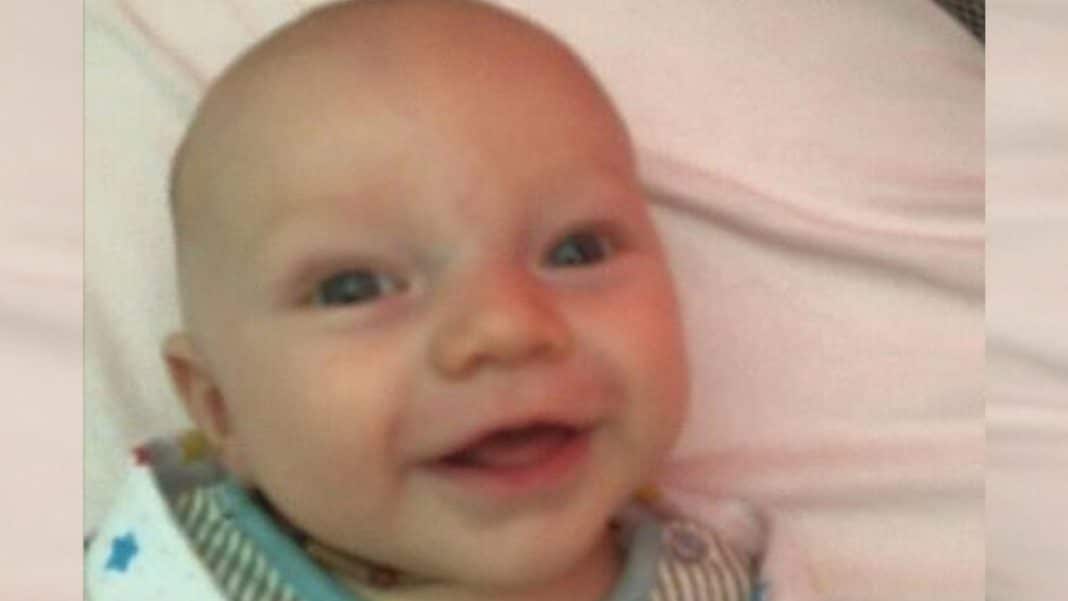 For any parent with a new baby, leaving your child for the first time isn’t easy. It’s not always feasible to remain home caring for your precious bundle of joy.

When you leave your child with a babysitter or at a daycare center, you’re trusting your kid will be safe and well cared for. If at a daycare, you expect staff to be adequately trained in how to respond if there’s an incident. The facility must be licensed. It must be clean and all safety precautions taken with toys. The staff must be aware of any allergies of any children in their care.

Ali Dodd and her husband chose an in-home daycare provider to watch over their sweet 11-week-old baby boy, Shepard. Ali had to return to work, despite not wishing to do so. As we all know, bills don’t pay themselves. The Dodd’s felt reassured by the highly recommended daycare provider they’d selected.

All hope and confidence in the provider were dashed when Ali received a frantic call from her son’s carer: “She said, ‘Ali, get here quick. I don’t know what happened!’” Dodd later told Us Weekly. “I put him down for a nap, and when I came back to check on him, he was blue,” the daycare provider had said.

The Dodd’s darling boy, Shepard, died. This is what they posted on social media after his death: “This page will be quiet for a few days so as a family we take time to remember our little boy.  Today two years ago was his second day of daycare. Here is a picture his provider sent that day. We miss this smile so very much. ?”

This page will be quiet for a few days so as a family we take time to remember our little boy. Today two years ago was…

Derek and Ali Dodd will never forget those first moments of anguish and heartbreak when they realized he was gone. As if losing their son wasn’t enough, the grieving parents had to struggle with the truth their son’s death was entirely preventable. Us weekly reported Shepard’s official cause of death was positional asphyxiation.

Shepard was left alone to sleep; the daycare provider swaddled him and placed him in a car seat. The baby’s head sank down into his chest. He didn’t have the strength in his neck to lift his head. The poor guy suffocated.

In honor of Shepard's 6 month birthday I wanted to post this video as it's my very favorite of him and me. It was hard day. Derek is gone and it's my first day at being a single parent since Shepard died. I miss his smell, his smile, our conversations, snuggling, and the way we belonged together. I knew Shepard was just for me and now there is just this gaping hole in my chest that time will not heal. Another baby will not fill. Legislation or some legal action will not fill. I'm stuck here walking this earth with this open wound. This life wasn't meant to be fair or easy, and there is no mercy here, or none I can find.We have to stop the ignorance, we have to protect our babies. We need to stand up together as Mothers, Fathers, Sons, Daughters, Sisters and Brothers and DEMAND that our state not be any less safe than the state with the best laws. We have to DEMAND proper deterrents that will make caregivers think twice before violating safe sleep practices. We have to DEMAND that all parents are allowed free and accessable information on a website so we can find safe daycares for our kids. We have to DEMAND that once a child dies as a result of a caregivers negligence they loose that vocation for life! We have to DEMAND that all daycares carry liability insurance that will pay for medical bills in case of injury or death with NO exceptions!Please stand with me, please pray for me. We have to make Shepard our story. We HAVE to do this for Shepard and for all children in Oklahoma!

Unbelievably, the daycare provider the Dodd’s believed to be so credible had a citation against her with The Department of Human Services for using unsafe sleep methods: “This wasn’t an accident,” Derek Dodd insisted. “She knew that a car seat wasn’t safe for sleep and that two hours is much too long to leave an infant behind a closed door,” the pained father explained.

What makes this story even more tragic is the childcare provider hasn’t been charged with any crime, according to the Dodd’s. The still bereaved parents have spent the past three years honoring their son’s memory by working to prevent other tragedies like this from happening. Ali and Derek are on a mission to educate caregivers and parents about the importance of utilizing safe sleep practices. Their non-profit, called Shepard’s Watch, was created to inform the public about infant and child safety.

“Shepard’s death doesn’t have to be in vain,” Derek explained. “Unsafe sleep surfaces are a REAL danger. We’re looking to focus the attention on safe sleep standards so they can protect Oklahoma’s children from negligent decisions.”

As written on their non-profit page, “every baby deserves to wake up.”