Mom begs for help after no one shows up to autistic son’s birthday party, so strangers step in 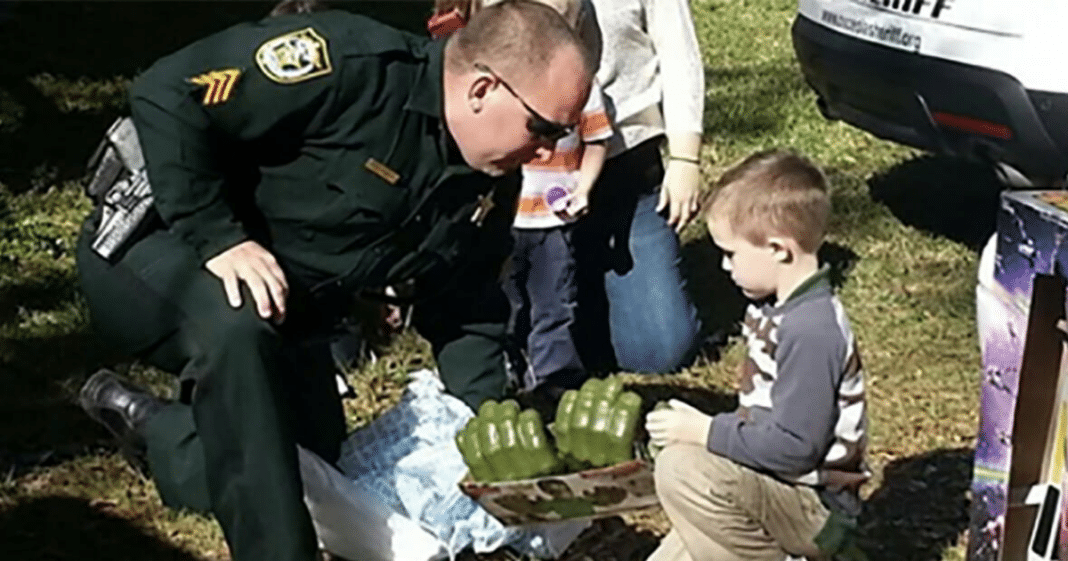 Any parent can tell you that organizing a child’s birthday party isn’t a “piece of cake.” It’s hard work, but it’s worth it just to see that huge smile on your kid’s face when they are having fun with all their friends.

But when Ashlee Buratti, from Florida, sent out 16 invites for her son’s 6th birthday party, she never would have believed that she would get back zero replies.

However, Ashlee went ahead and held the party in the hope that someone would show up. Sadly, no one did.

Her son Glenn, who is mildly autistic and suffers from epilepsy, tried his best to hide his tears but Ashlee knew how heartbroken her son was over it. So, she decided to take to social media with an emotional plea.

And she couldn’t believe the response!

“He was so devastated when he realized no one was coming to his birthday party that he refused to smile,” Ashlee told ABC News. “He tried to hide the fact that he was crying by pinching the bridge of his nose.”

Glen had invited all 16 of his kindergarten classmates to his birthday party, but not one child came to celebrate.

His mom then sent this desperate online plea:

“I know this might be something silly to rant about, but my heart is breaking for my son,” Ashlee wrote on Facebook. “He keeps asking ‘when will my friends get here?’”

Her post quickly went viral, and within an hour guest started to arrive from all over!

The Oceola County Sheriff’s Department even sent a helicopter to celebrate Glenn’s special day. It circled the house for 20 minutes. The pilot also swooped down low to wave at the birthday boy!

Glenn’s first guest was the owner of a local pet shop and her family who bought a gift for the child. Soon after more families came by to celebrate his birthday and Glenn’s sad face was transformed!

And the celebrations continued later in the week when fire trucks, police cars, a SWAT van, and a canine unite showed up at Glenn’s house to wish the lad a Happy Birthday.

“At first he was scared and got a little upset but when I explained it was all for him, he just loved it,” mom Ashlee told ABC News.

Ashlee says despite never receiving one explanation from any of the parents whose children didn’t show up, she isn’t holding a grudge. She just wishes for people to be more thoughtful.

“When you are thinking about something as simple as a birthday party, think about the child who is sitting there waiting for his friends to show up,” she said.

Went and got my son a new toy for his birthday. He's happy.

Social media, coupled with the kindness of strangers, really came through to save the day in this case.

Please be sure to share Glenn’s story with your friends and family as a reminder to always be thoughtful and how we all can be someone hero with even the smallest of kind gestures.