Marine vet refuses to give up, drags himself across finish line saying names of fallen comrades out loud 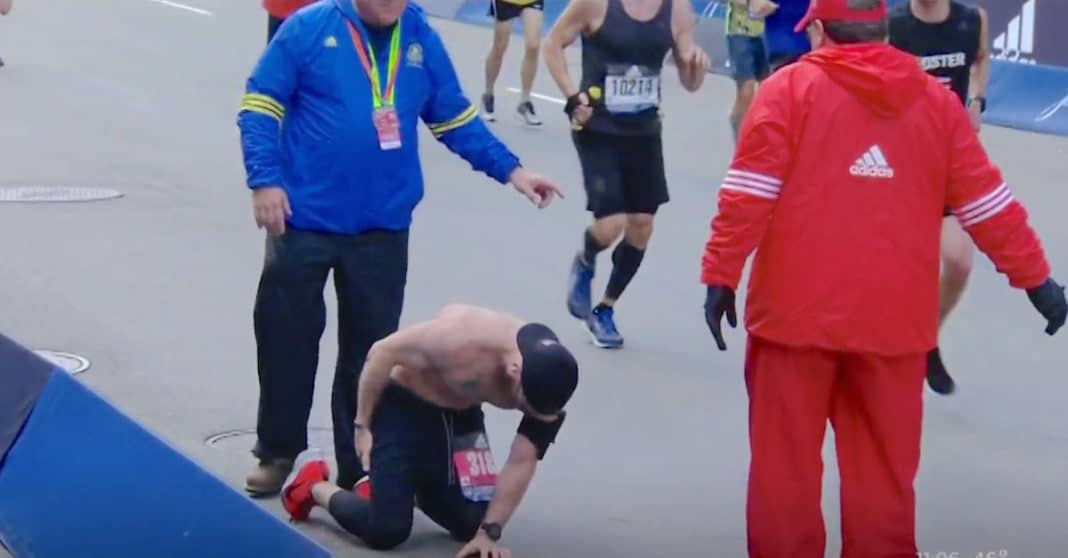 Marine Veteran Micah Herndon knows a lot about determination. The Marine from Ohio recently signed up for the Boston Marathon, not for himself, but rather to honor three of his comrades.

In 2010, Matthew Ballard, Mark Juarez, and Rupert Hamer were killed by an improvised explosive device (IED) while serving their country in Afghanistan. Micah survived the blast but has lived with survivor’s guilt ever since. This is understandable, especially when you consider what day it happened on. 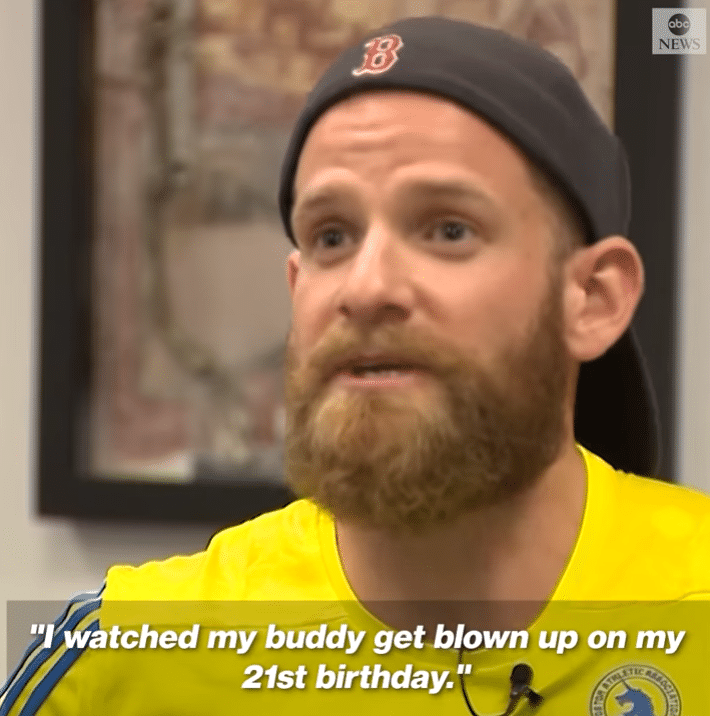 After returning home, he took up running and found the exercise to be a great source of comfort and healing.

However, during the marathon, Micah had just made it to the 22-mile mark when his legs completely locked up.

The cramps were so painful that he collapsed to the ground on his knees, right in the middle of the marathon.

But Micah wasn’t about to give up. 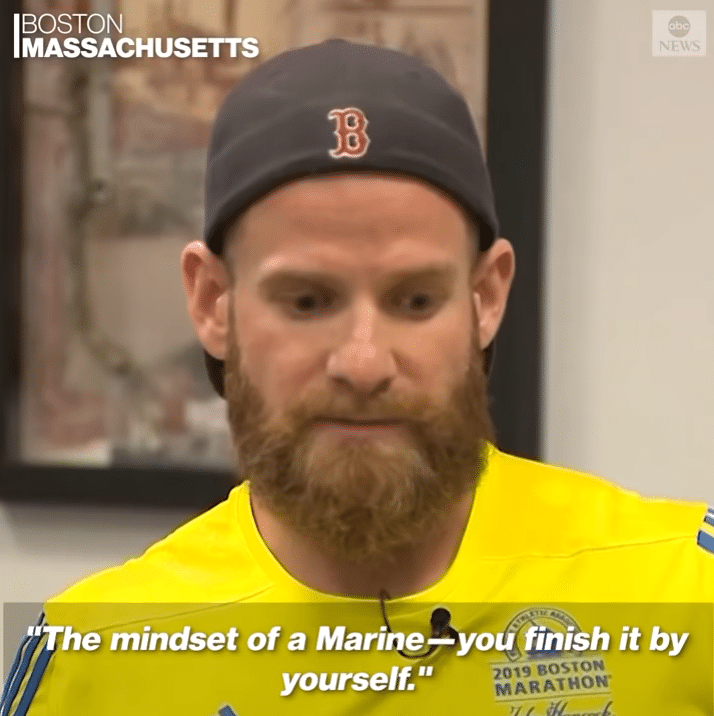 According to CBS Boston:

“During the marathon, there were signs all around Herndon that reminded him of the fallen troops. Two soldiers in army fatigues carried an exhausted runner across the finish line. Two wounded warriors crossed the finish line together, hoisting an American flag in the air. These runners fought through the pain and finished the race no matter their circumstances. Herndon knew he could do the same.” 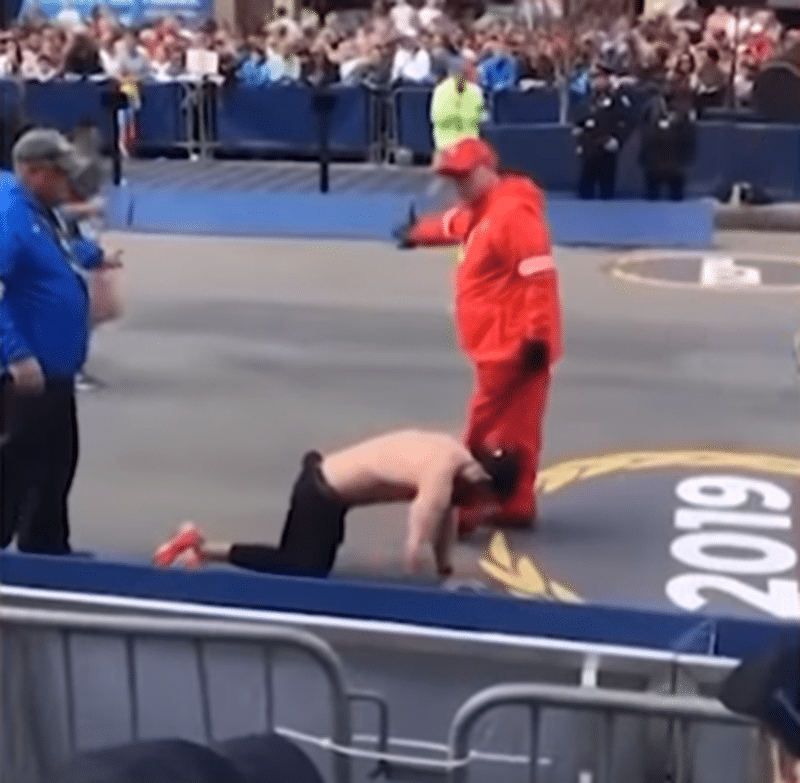 Micah was running with the names of his three fallen comrades tattooed on his hand. They were also written on the bottom of his running shoes.

Dragging himself along the concrete, with grim determination he began repeating the three names out loud while listening to music from his headphones. 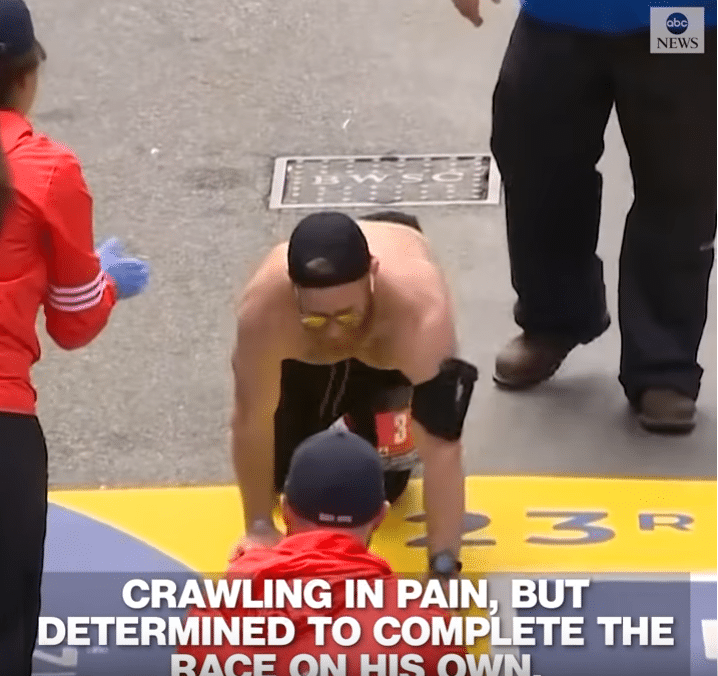 Now the compelling footage has gone viral, inspiring millions around the world.

Never let anyone tell you that the heart and fighting spirit of Marines is overrated. If anything there’s no measure to their grit and sense of honor.

Micah Herndon embodies the Seper Fi spirit, and I’m sure his comrades are looking down at him with pride.