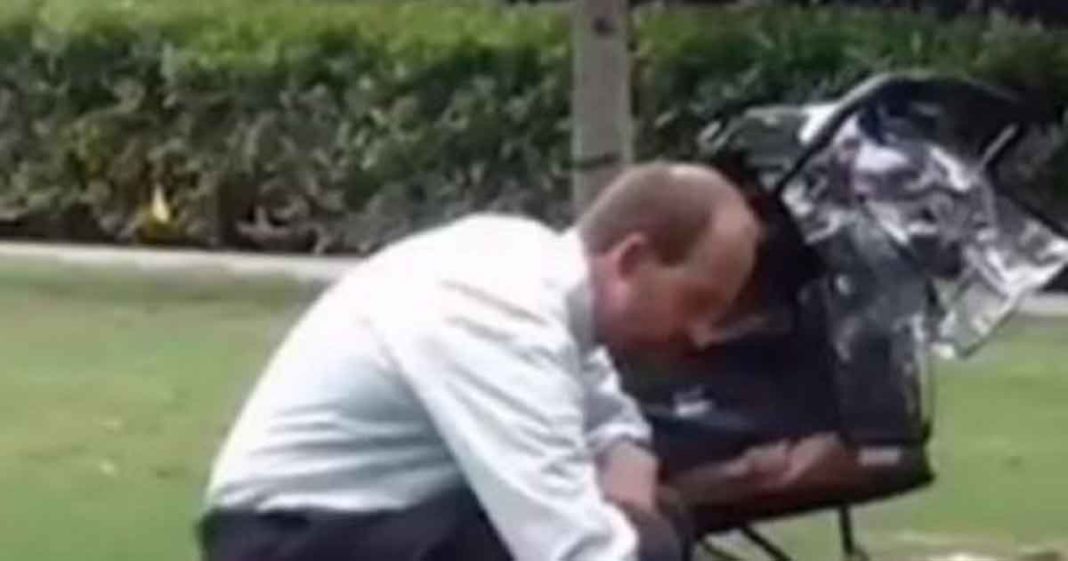 Those who love their animals will do anything for them. They don’t turn their backs on them when they enter their golden years or need several medications for their growing list of ailments. They just adore them as they are because they’ve spent years enjoying one another.

Doug Delony is a producer with KHOU.com. While jogging through Discovery Green Park in Houston, a scene caught his attention and curiosity. One he instinctively knew he needed to share with his audience. What was this man doing in the park with an empty baby stroller and an elderly dog? 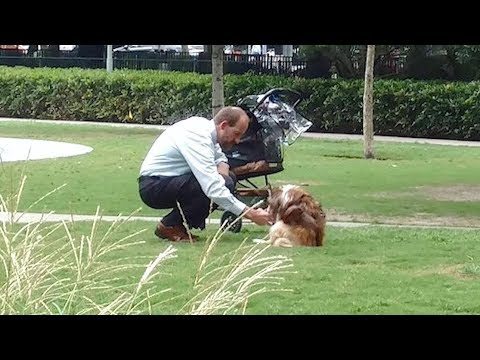 “Most afternoons, I take a run through Discovery Green,” said Delony, “and most afternoons I see this guy with a stroller but no baby. He brings this beautiful… what appears to be a disabled pup to the park. He lets it sit in the grass and take in the smell and the sound. Here he is giving it water out of a small cup he brings with him.”

The photo Delony snapped and posted online has captured the minds and hearts of social media. It’s been shared over 385,000 times. So who is this pair? The dog is Max, a 16-year-old sheltie. He’s lived with his owners, Edie Mayo and Troy Griffon since he was three weeks old.

“He’s my best friend,” said Mayo. “He’s taught me life lessons that I will never forget.”

Max has always been an integral part of their lives. He even warned Mayo of an approaching tornado, saving her life. “For a 16-year-old dog he’s pretty healthy,” Mayo said. 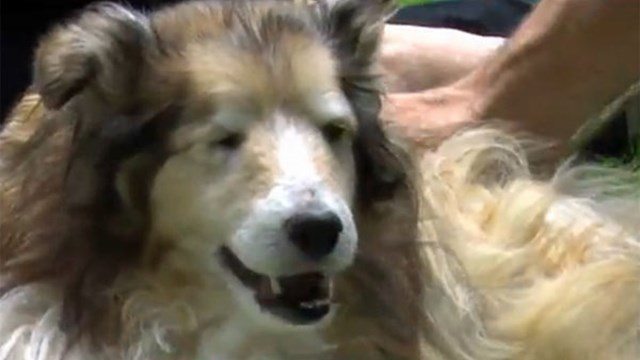 Still, the dear boy needs more care now that he’s older. Max is blind in one eye; his other eye is clouded by a cataract. He has arthritis and needs to take numerous medications.

“But I don’t think you should just turn your back on someone just because they’re elderly,” Mayo insisted. “I think they deserve our love and our care and our attention. And there is so much we can learn from them even as they get older.”

Griffon and Mayo take Max for daily treks to the park; they don’t want his well-being to diminish and believe the fresh air and sun help maintain his health. It’s easier to carry him around in the stroller. 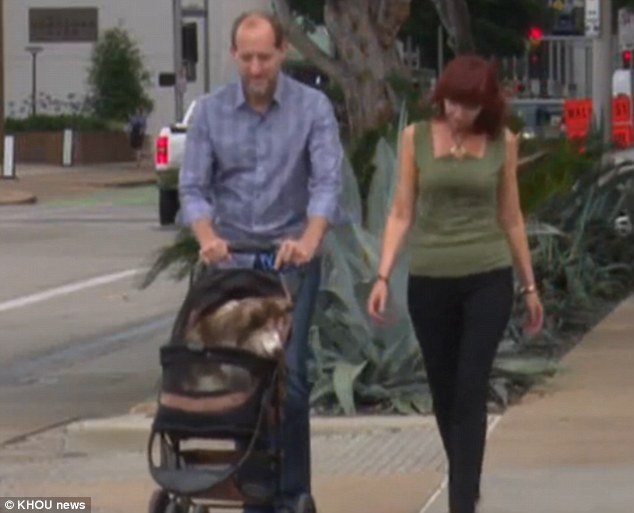 “And he loves being out there, meeting people,” added Mayo, “especially female dogs.”

“He loves the little poodles,” she laughed.

Watch this video to learn more about Max and his awesome family.