Man Sees Tiny Puppies Inside Dumpster After Taking Out Trash, Then He Notices Strange Detail 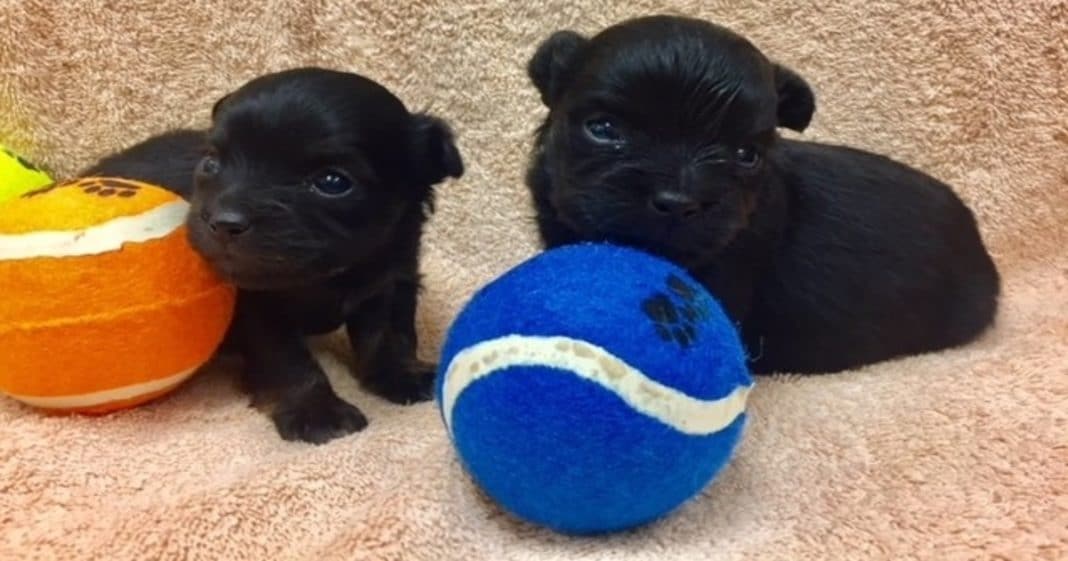 Taking out the garbage isn’t the most fun of household chores. It’s simple enough for children to haul away the stinky bag. But requests to remove the trash are usually met with eye rolls and scowls. It’s a chore allocated to the person taking up space instead of helping out.

A guy in San Diego resigned himself to the dreary mundane task. Things perked up when he noticed two helpless little jet-black puppies inside the dumpster.

These two cuties were too young to be away from their mother and too small to be on their own with any chance of surviving.

The man found them tucked away in a chip box; this isn’t only sad but strange. Veterinarians believe them to be purebred King Charles spaniels. Why would someone abandon these puppies if they’re worth a pretty penny? Leaving any animal in the trash is horrific. But you have to be particularly cruel to ditch these young little ones.

Thankfully someone found them and got Cheeto and Frida the aid they needed. They’ll be valued less for the financial gain they can bring but for the precious sweet pups they are.

The brother and sister were only 12 days old when pulled from the trash. Since news of their story broke, people have responded with outrage. County Animal Services Director, Dan DeSousa, was stunned as well.

“For someone to just throw away these two defenseless pups in such a callous manner and almost certain death is unconscionable,” DeSousa said.

“Someone needs to come forward with information so we can hold whoever did this cruel act accountable.”

These two puppies, believed to be less than two weeks old, were found abandoned in a dumpster Tuesday.

“This is the most innocent little creature in the world. And to be thrown away like a piece of  trash…” DeSousa said, echoing all our sentiments, while a puppy contentedly sucked on his hand.

The penalties for this crime are very substantial; they can carry a lengthy prison sentence and a fine of up to $20,000 or both. The pups don’t get any of this. Their first two weeks were pretty rough. Now they have nothing but a lifetime of love and fun to look forward to. It will be three months before they’ll be ready to be placed up for adoption. No doubt thousands will be clamoring to take these two home.