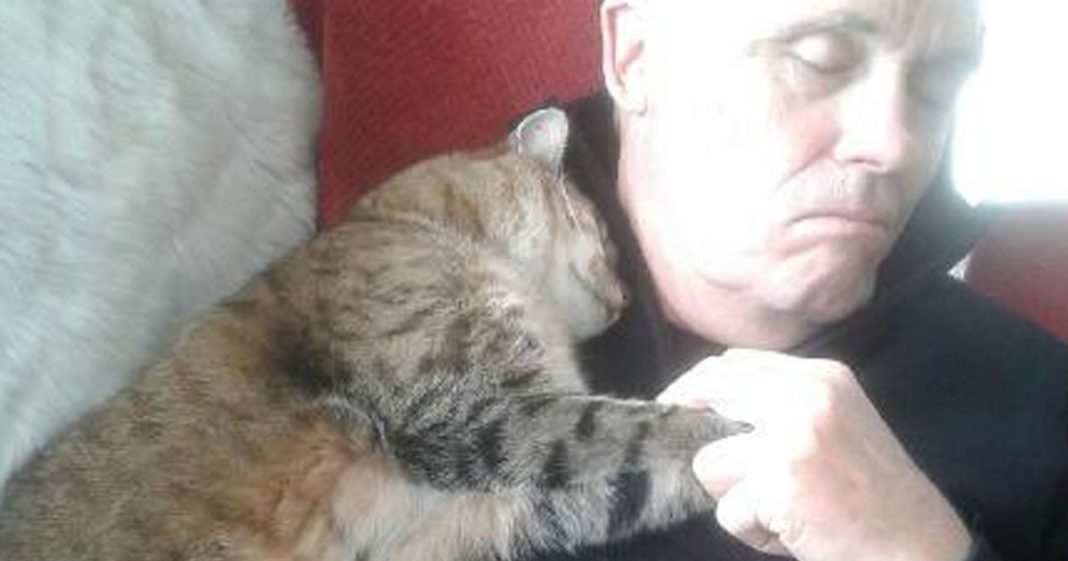 It’s widely believed that animals have a special sixth sense that allows them to tell when something’s wrong.

From therapy dogs to cows sitting on the ground before it rains (yes that does happen), to pets simply being intuitive, animals have an incredible tendency to show compassion towards us humans, often times when we are at our most vulnerable.

A man in New Zealand recently experienced this first hand, while he was home recovering from an operation.

Andrew Fallon, an MP for Rangitata, shared a photo of his recovering father asleep on the sofa. Snuggled up next to his dad was a peacefully sleeping cat. Andrew’s father and the cat were also holding hands (or paws). 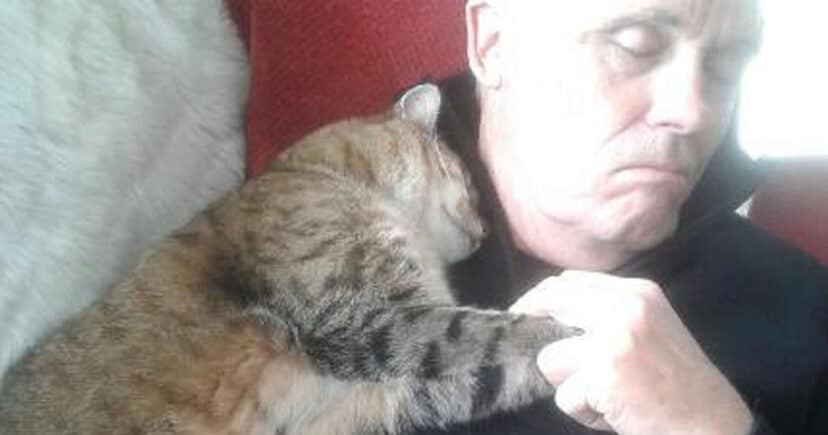 Neither Andrew or his parents own a cat.

The friendly feline apparently wandered into the house when Andrew’s mom left an outside door slightly open and decided to cozy up to a sleeping stranger on the couch.

“My Dad is recovering from an operation. Mum went out and left a door slightly ajar. My parents do not have a cat.”

Andrew also spoke with Mashable about the cute photo, which has since been shared over 73,000 times:

“I’m just happy Dad’s on the mend, and if the photo made a few people smile that’s nice too.”

There have been a lot of studies conducted to determine if animals can somehow detect illness.

In 2004, research proved that dogs can sense bladder cancer via urine samples. Further tests were conducted in Japan and the US for other types of cancer, and the results were very encouraging.

Animals are indeed amazing companions and enrich our lives in so many ways.