Man Knows He’s Gonna Die After Horrific Car Crash, But This ‘Angel’ Won’t Leave His Side 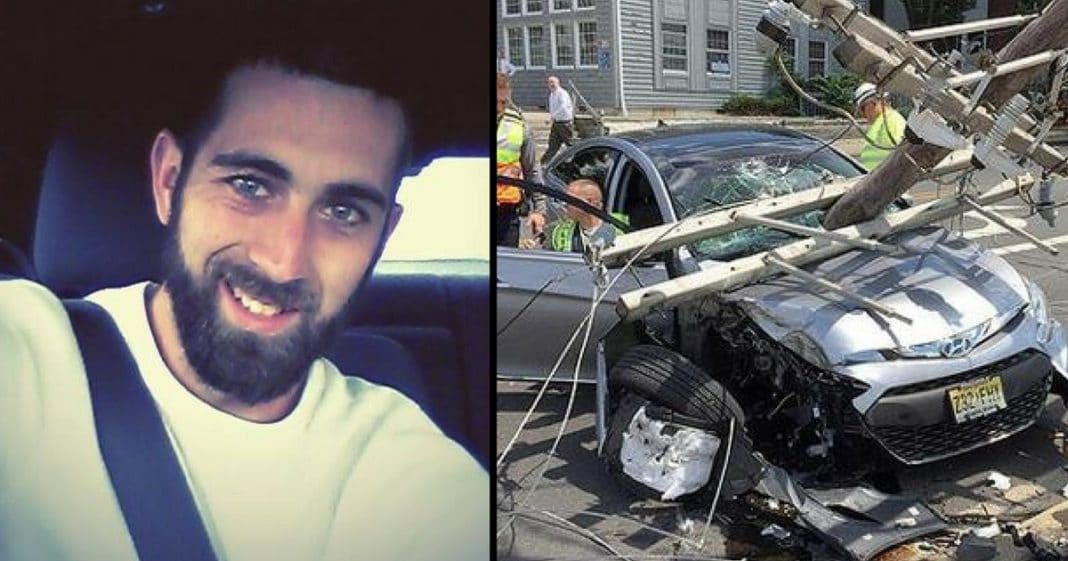 It all happened in an instant. Caleb Trahan was driving when he fell asleep at the wheel. As he lost control of his vehicle he slammed into a pole.

Miraculously, Julie Evans Schaferling, who just so happens to be an emergency room doctor, drove by right after the accident. She saw Trahan’s wrecked vehicle and immediately pulled over to help.

Upon arriving at the scene she found Trahan trapped in his car. She called 911 for assistance and followed the directions they gave her over the phone.

Even though Trahan was legally dead, she refused to give up. She continued to administer aid and stayed right by his side until the ambulance with the other medical professionals arrived.

Having done all she could, Schaferling headed home. While discussing the incident with her husband that night, both agreed there was no way Trahan could have survived.

A little while later, though, Schaferling got a Facebook friend request that left her stunned – it was from Trahan! Schaferling couldn’t believe he had lived through the ordeal. Trahan asked her if they could meet, and she immediately agreed.

Upon meeting, Trahan told Schaferling that he had actually died three times that night and suffered numerous broken bones and a collapsed lung. Amazingly, though, he had survived.

Their meeting was an emotional one with lots of happy tears. Trahan was extremely grateful for his “angel” who had refused to leave him when he was in such a dire situation. He later posted on Facebook, “I know I cried like a baby, but I was very happy to meet you today. Thank you and your family for coming and everything y’all do.”

Thanks to a good Samaritan who could have easily kept driving home after a long day at work, a man is alive today. While it would have been easy to keep driving and assume emergency vehicles were on their way, or to give up when Trahan showed no signs of life, Schaferling proved to be the angel Trahan needed that day. Thanks to her there is one very grateful man alive today to tell his miraculous story about the guardian angel who saved his life.