Man Helps Stranger Down On Luck. 3 Yrs Later He’s Shocked When He Learns Her Identity 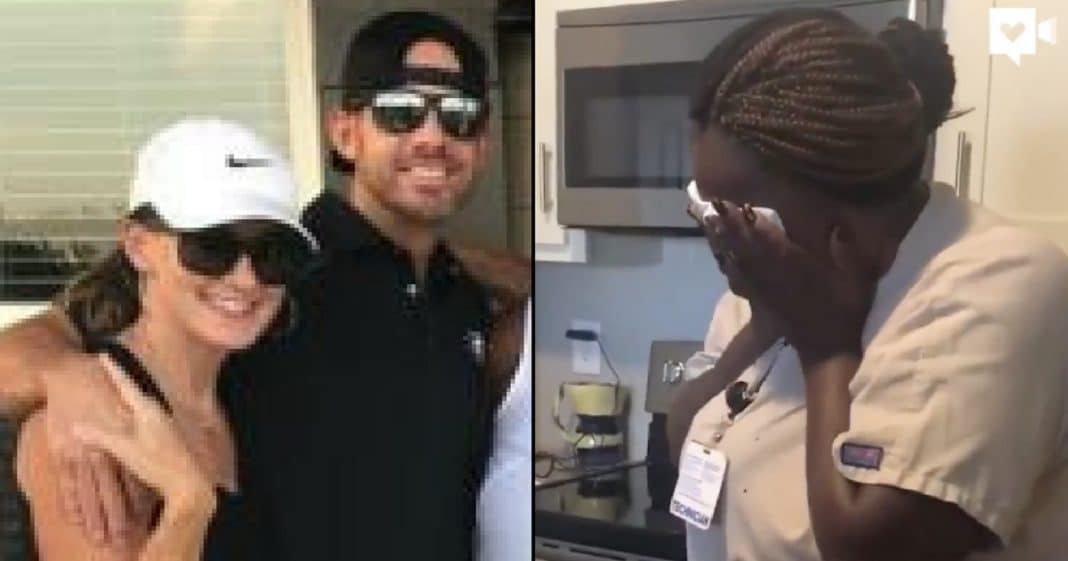 Never underestimate the impact a kind gesture can have on a person. I believe karma does exist – we are all connected in some way; you don’t know if or when you could cross paths with someone you either helped or chose to ignore. While people remember most major acts of compassion, it’s those small, simple actions that stay with us the most.

One rainy Sunday morning, Chris Wright and his family were on their way to church when they passed a lone woman walking on the side of the road. Chris couldn’t get the woman out of his head so, after dropping his wife off at church, he embarked on a mission of kindness and went back to see if the woman needed some help.

It turned out the woman’s name was TunDe Hector and her car had run out of gas. She was walking to fill up a gas can with the last $5 she possessed.

Chris took TunDe’s gas can and filled it up for her. He then took his mission of kindness further by giving the woman all the money he had in his wallet.

Chris took TunDe back to her vehicle and the two parted company. Chris didn’t think much of what he’d done. He proceeded to church and TunDe went on her way as well. Neither thought they’d ever see the other again, but sometimes life has a way of making the unexpected happen.

Quick as ever, three years passed. Chris received a heart-stopping blow when his mother, Judy, was diagnosed with Parkinson’s disease. This news would alter the dynamic of Chris’s family forever. Wanting Judy to receive the best care possible, the family hired some aides to care for her.

Judy formed an especially tight bond with one of the aides and one day while the family was visiting the aide told a story about how a total stranger had reached out and helped her when she was down on her luck. The story sounded familiar to Chris and then he suddenly pieced it all together – the aide was TunDe!

Chris couldn’t believe it. He knew he and TunDe were meant to meet again.

Sadly, Judy eventually passed away. Taking Chris’ initial act of kindness ever further, the family asked that instead of flowers, mourners donate to a tuition fund for TunDe, who had always dreamed of attending nursing school.

The initial goal was $1,000, but with the kindness and generosity of strangers, they raised a whopping $26,000 – a significant amount toward helping TunDe pay for nursing school.

What an incredible story of faith, kindness, and compassion. It just goes to show that you never know how far-reaching a little kindness and compassion can be.