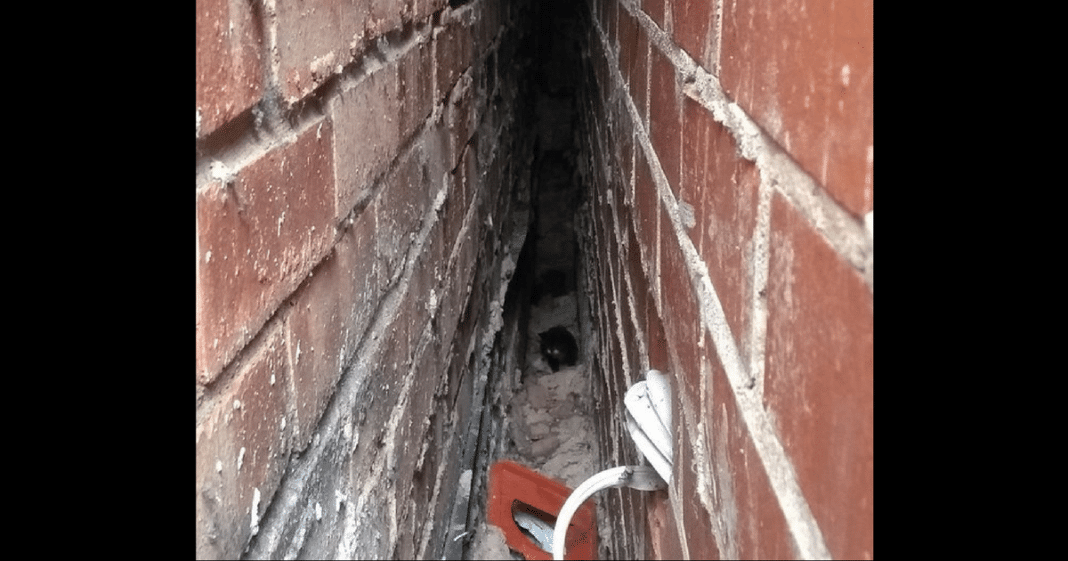 A mother cat gave birth to four kittens; she had her babies in a small gap between two walls. She figured this space would offer the most shelter to her weak little ones. She left them to forage for food; but she was struck by a car and killed, leaving her kittens orphans in an instant.

The kitties couldn’t find their way out of the gap; they were too young and too tiny. Garbage and debris blocked their exit. Scared, alone and hungry, they cried out, using instinct to help save themselves. Thankfully, a Good Samaritan heard them and contacted the London RSPCA. 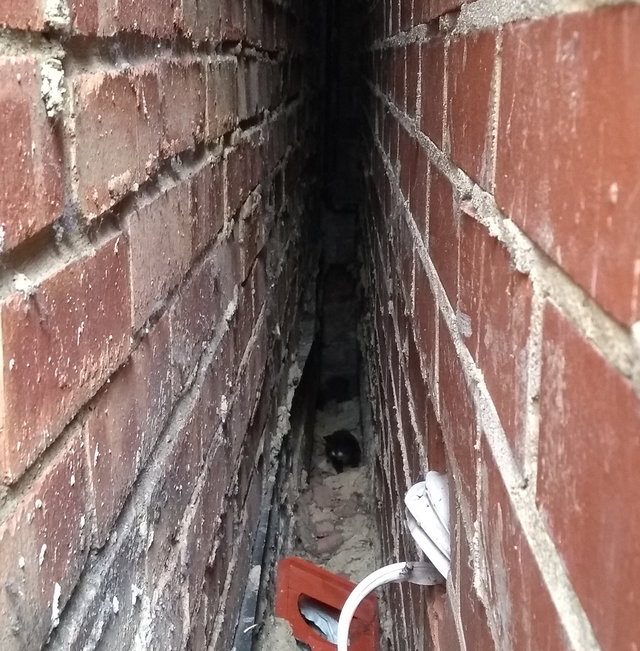 “The member of the public who called us about this heard the kittens crying through the night and thought the sound was a trapped bird,” Joe Tambini, an animal collection officer with the RSPCA, said in a press release.

Officer Tambini headed to the scene to investigate. He peered down into the gap and saw two eyes staring back at him. Moving closer, he discovered the pair of eyes belonged to one of four kittens. The babies were too young to be parted from their mother. They were still nursing and needed to be removed quickly. Extracting them wouldn’t be easy because they were quite far back in the gap between the buildings. 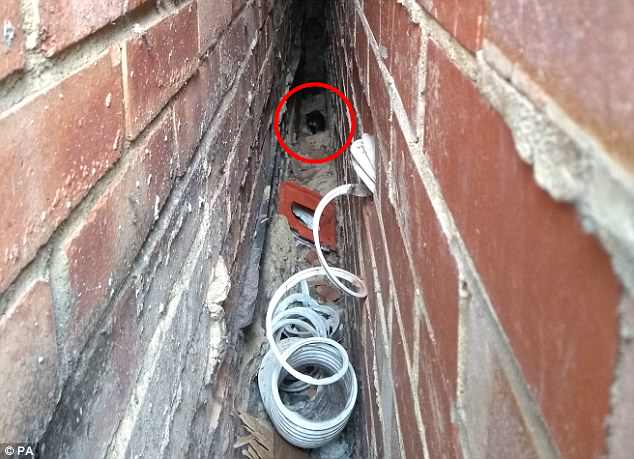 “Peering down the gap, you could just make out this bundle of fluff and the glint of two eyes,” Tambini said. “They were about 12 feet back inside the gap. I managed to get one of the kittens out. It was one of the braver ones who came close enough for me to reach.”

He contacted London Fire Services for assistance. The firemen worried they’d need to knock down one of the walls to get to the kittens. With some creativity, they got them out by using a rope with a grasper on one end. 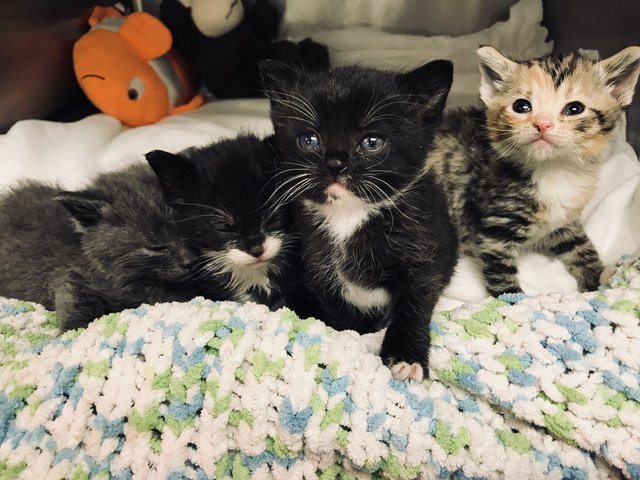 After their safe removal from their birthplace, they were taken to RSPCA Putney Animal Hospital for a medical evaluation. They each suffered from a case of cat flu. They were otherwise healthy despite their ordeal.

“The kittens are all in a good condition and very sweet,” Tambini said. “I was actually really  taken with them, and I’m hoping I might be able to rehome one of them myself!”

Their rescuer will have to wait a few weeks to adopt one of them; the kittens will need to grow a little older and healthier before finding their way to forever homes.