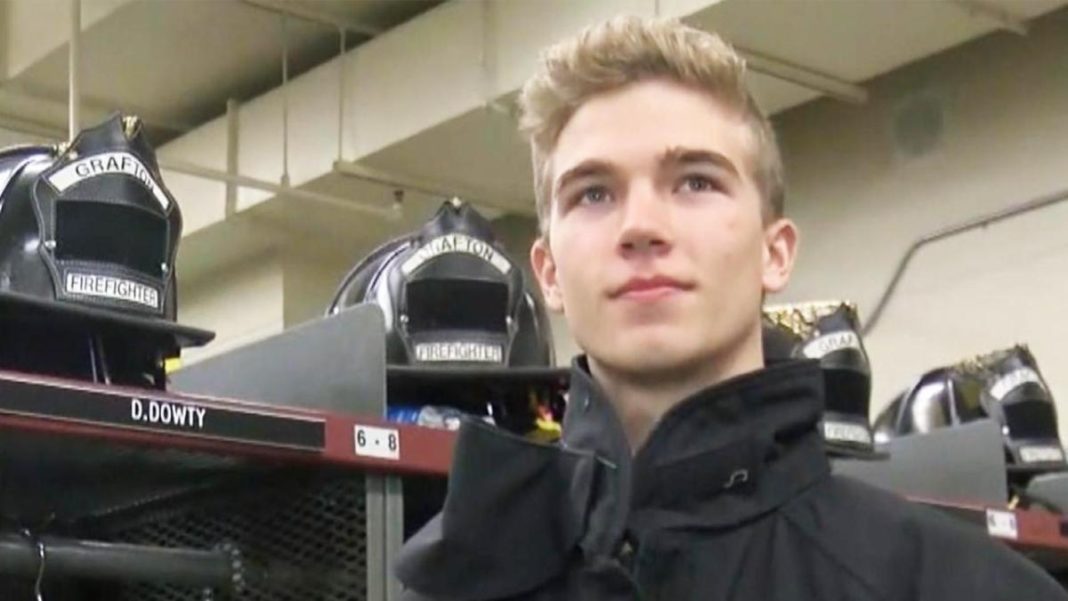 I love volunteering; animals and singing are just two of my passions. Daniel Dowty, 18, is the youngest member of the Grafton, Wisconsin Fire department. Earlier this month, Daniel proved how age was just a number when he saved the life of a co-worker.

Daniel joined the ranks of his fellow firefighters as a part-time volunteer firefighter. He’s also a high school senior. He became certified less than a month ago.

The young man also has a job at a Shopko department store. One day recently, one of his co-workers fell unconscious.

“He was working in the storage room when he heard some commotion, maybe somebody falling,”Rice explained. “He went over to check, and noticed it was a co-worker who collapsed.”

His co-worker didn’t have a pulse and remained unconscious. Daniel called for help before starting CPR. Paramedics arrived within minutes. Authorities believe Daniel’s attempts to aid his co-worker initially saved his life.

“When you look at the survival rates of people who are pulseless, non-breathing, early CPR is the key to reviving those people,” Rice said. “In this case, Daniel was able to provide early CPR, and that’s why he made a difference.”

The co-worker has made a full recovery and has returned to work.

After high school, Daniel has plans to attend the University of Wisconsin where he intends to study natural resources. He will also become a full-time firefighter after his high school graduation later this year.

Way to go, Daniel! Saving a life takes skill and patience. I’m glad he pursued firefighting since he was 14. All that time and attention made a difference in more than just his co-worker’s life.