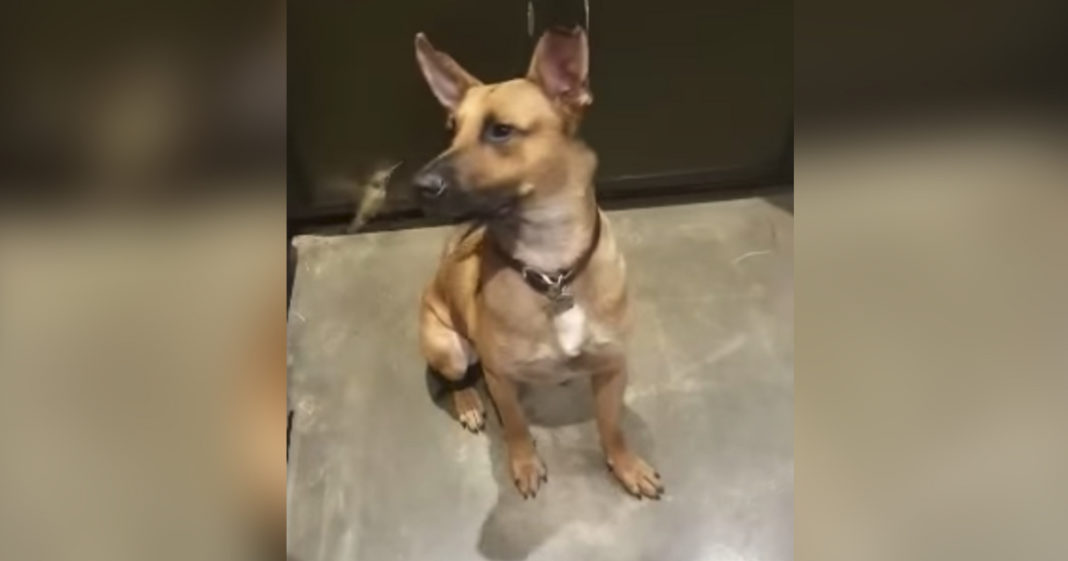 In 2015, Rex, a German shepherd mix was homeless and feral. No one would dare adopt him because he was so dangerous. Ed Gernon is an animal person. He loves all creatures. He took Rex into his home and heart and gave him a new home.

“He was dangerous,” Ed told CBS Los Angeles in 2016. “He was an animal that had learned to live on the streets and to survive on his own hunting ability.”

Approximately a month after Ed took in rex, while out for a walk around their neighborhood, Rex suddenly stopped in his tracks. He appeared to be standing guard over a tiny hummingbird that seemed to be dead.

“I mean it’s tiny, and it’s dead as far as I’m concerned,” Gernon told the CBS. “It’s covered in ants. It’s got no feathers.”

Rex persuaded his owner to take the helpless bird home. Ed nursed the tiny bird he called hummer back to health. This took true dedication. He had to feed little Hummer every 15 minutes. He taught her how to fly by using a hairdryer.

“It was this little creature. This fragile creature that the whole world wanted to kill and he was  trying to protect her so I thought I’d go the distance.”

Rex took to Hummer. He shares his water bowl with his small companion, allowing her to bathe in it. Hummer loves her larger friend too. In fact, she’s developed a kind of crush on him.

Ed is quite certain she’ll fly away one day and find a more suitable mate. Until then, the three will enjoy each others company.

“I rescue this dog. He rescues the bird,” Gernon told the news station. “The bird rescues all of us in a weird sense, and it’s just a miracle.”

We aren’t sure what’s next for Rex, Hummer, and Ed. We hope they’re all doing well.

This story is adorable; it’s illegal though to care for wild animals. You can get arrested. Contact your local animal control instead of handling and caring for them on your own.