Man Abandons Crate At Shelter. Workers Find Animal Matted So Badly They Couldn’t Tell What It Was 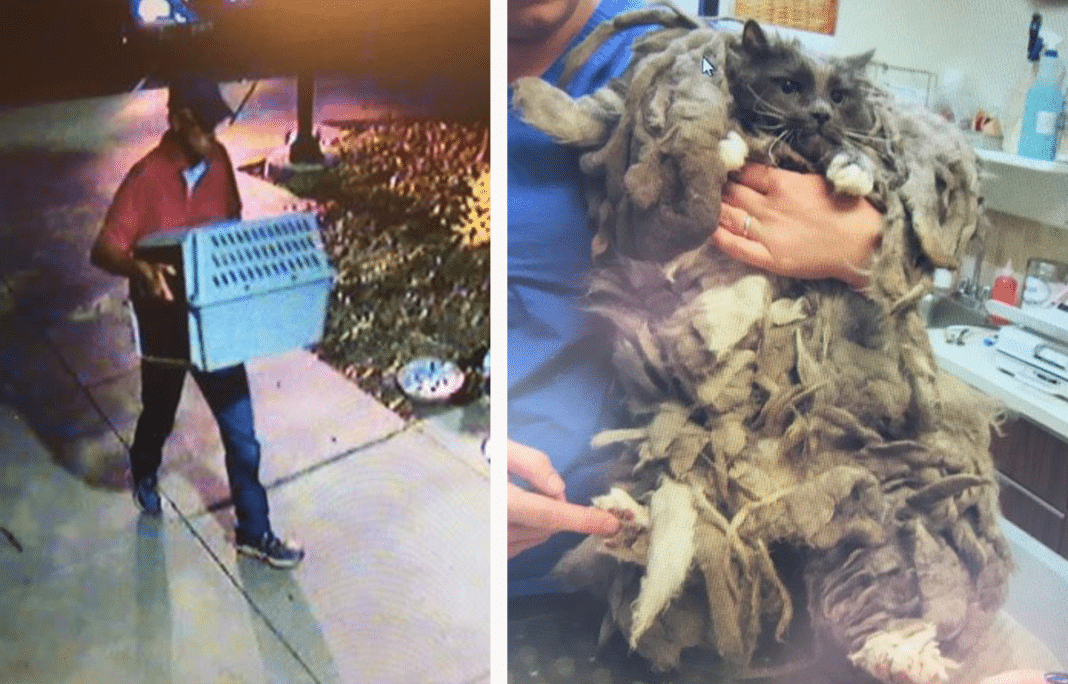 Douglas County Animal Care & Services in Gardnerville, Nevada is used to the sight of animal carriers being left on their front porch.

Shelter supervisor Liz Begovich told the Dodo that they always know what seeing a pet carrier outside the door means.

“We saw a carrier outside our door. Being an animal shelter, that usually means one thing: somebody has dumped their animal on the front porch,” said Begovich.

This time, nobody could have been prepared for what they would find inside. When Begovich and staff opened the carrier, they saw nothing but a matted mass of fur. They couldn’t even tell what kind of animal it was.

At first, they thought the huge mass must be a dog, but then, they realized upon closer inspection it was a cat with the worst case of matted fur they had ever seen.

“We couldn’t turn him around because of the way he was shoved in the carrier,” she said. “So we took the top off and thought, ‘Oh my gosh, it’s a cat!’ I’ve never seen a cat in that sort of condition.” 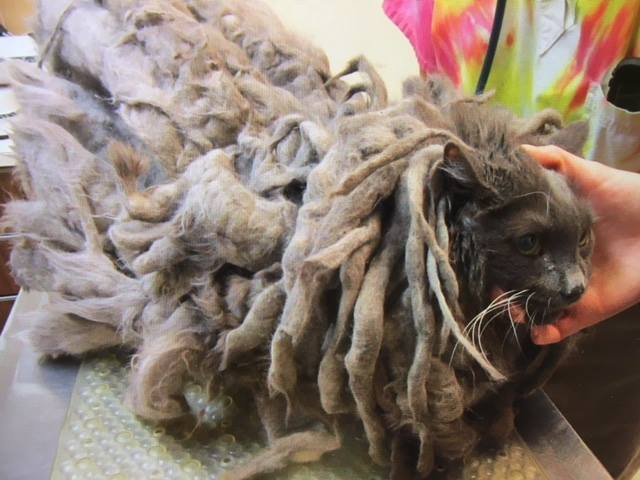 The cat, which rescuers named Bob Marley, could not even move, so it was clear that the animal had been neglected by someone cruel enough to allow him to remain in such a horrible condition for months or even years.

“I’m guessing that wherever he was, he had his food and water right in front of him. There was just no way for him to move,” said Begovich.

The Douglass County Sheriff’s Office put out a public call for help to identify a man picked up on the shelter’s security cameras. 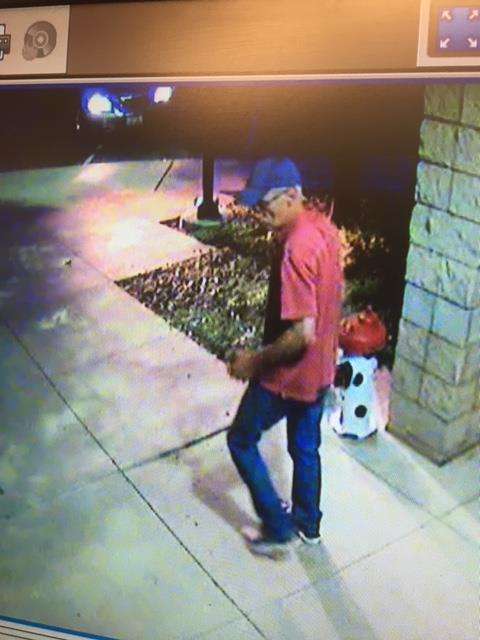 As of yet, they aren’t sure if the man may have done this to the cat, if he was merely trying to help the cat, or if he knows about who allowed the cat to suffer like it did.

If somebody would do this to one cat, could there be more animals treated with similar severe neglect at the same home?

Fortunately for Bob Marley, Animal Care & Services took him to a veterinarian, where he would be sedated and freed from the 4.5 pounds of hair that essentially served as a restrictive straight jacket. 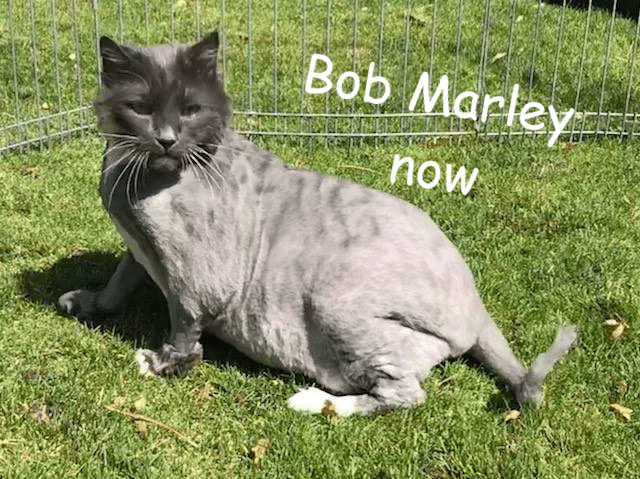 And here he is after all that hair was shaved!

After a good shave, Bob is looking like a brand new cat, although his lack of mobility had rendered him obese. With his newfound freedom, he’ll begin the road back to top form.

Soon after the roughly 10-year-old feline was put up for adoption, he found a new family, where he will surely have a new lease on life.

We thank Animal Care & Services for saving this feline from his furry shackles and finding him a new home. To donate so that they can help save other animals, you can donate at the Facebook link below or visit their website.