Mailman Notices Change In Elderly Dog That Greeted Him Daily For Years, Takes Matters Into Own Hands 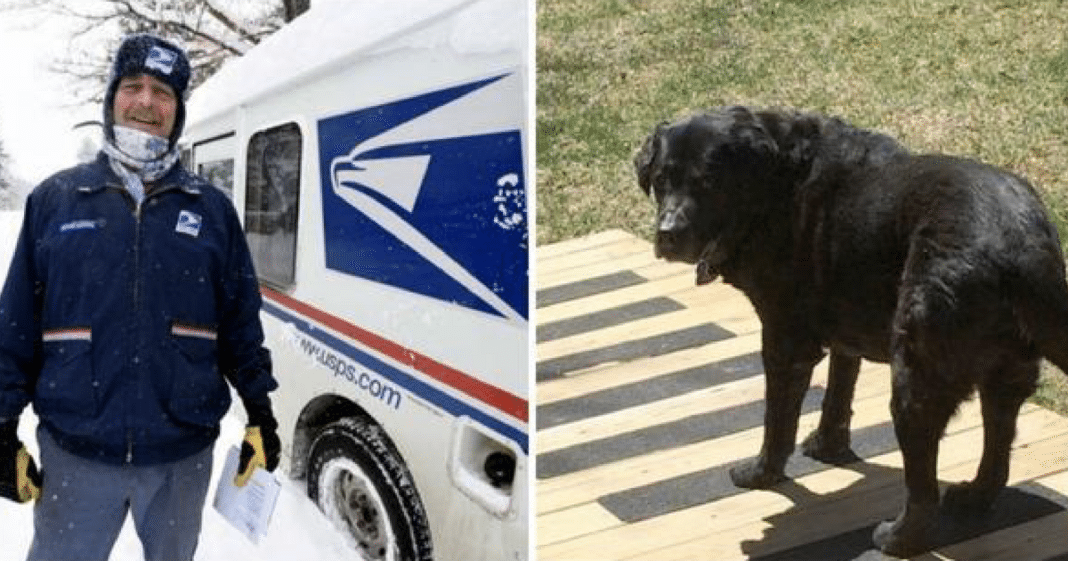 Mail carriers come across many different folks during their routes. When it comes to dogs, they never know whether a canine will be loving or aggressive. Mailman Jeff Kramer from Boulder, Colorado told Today that it’s always important to give dogs their personal space.

One pet has always shown Jeff love from the first day they met. Tashi, a 14-year-old black Lab has always adored the postal worker. They’ve been buddies for years. Whenever Tashi sees Jeff, he gets excited and runs out the front door and bounds down the porch steps to greet him. He enjoys letting Jeff pet him.

Tashi’s owner, Karen Dimetrosky told Today.com: “He has always wagged his tail and pulled us over to his mail truck. He will now get off his bed and come to greet Jeff at the door when he delivers a package.” 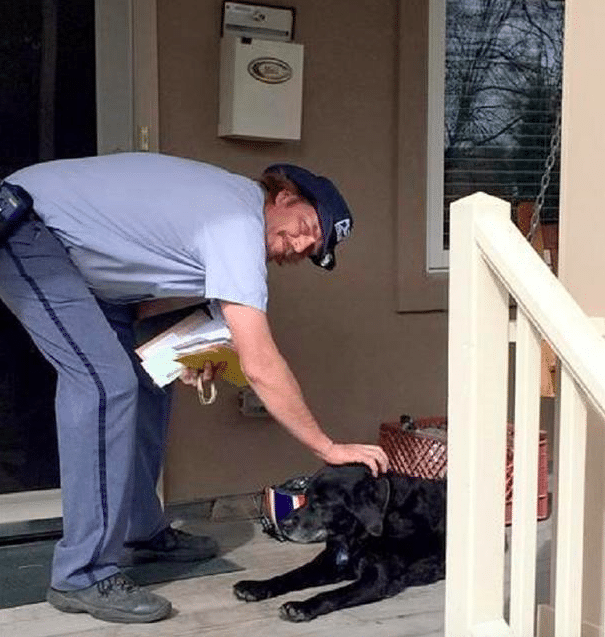 Tashi’s happiness at seeing his human friend has wained lately. His age has started to catch up to him. The poor boy has trouble getting up; Jeff noticed this a few months back. It saddened him to see his old canine friend struggle so much to walk up and down the porch steps just to say hello.

He decided to do something about it. He knows what it’s like to see a beloved dog grow old. He lost his dog, Owdie five years ago. Like Tashi, Owdie also had difficulty navigating steps. So Jeff built a wooden ramp to help his pooch.

He told the news outlet it was the least he could do for his canine buddy.“I didn’t realize how much trouble (Tashi) was having until I saw them actually carry him up the stairs. I remembered my dog having the same problem, and it’s sad.”

Jeff used the wood from Owdie’s ramp and went to their home to reconstruct one for Tashi. It’s been a lifesaver for the precious boy. The ramp allows him to easily greet his pal.

“He can walk in and out of the front door and down to the yard independently. He potentially prolonged his life because my husband and I both pulled our back out by lifting Tashi on and off the porch. It has enabled the kids to take him out front also and given Tashi a sense of independence and dignity as an older dog. Jeff is just a compassionate letter carrier who possesses a love for animals,” Karen said.