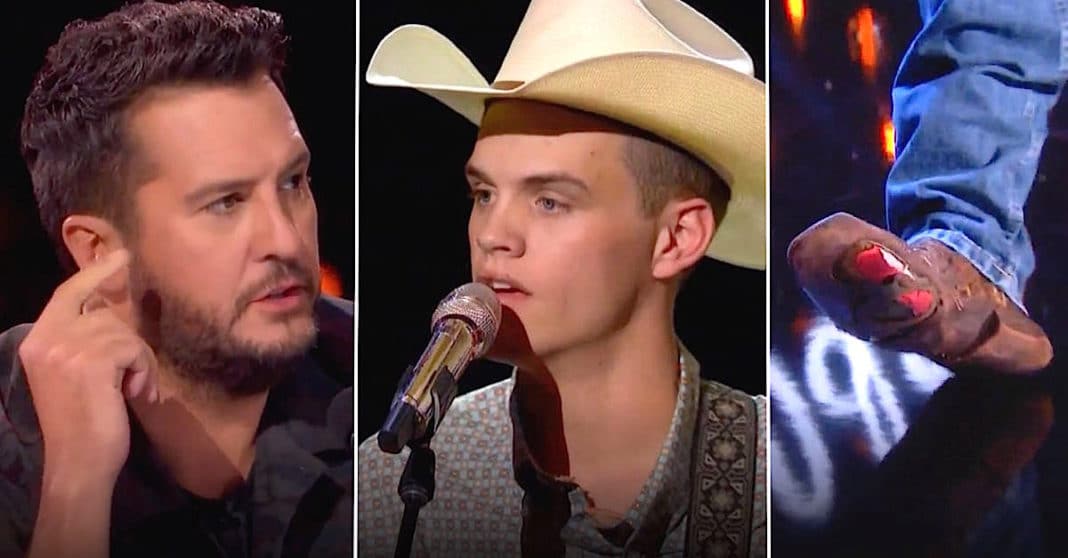 Imagine being nineteen years old. You’ve never left your home state. You have never had a voice lesson or sang in front of a group before. In fact, you spend most your time painting fences. Today, you have traveled to Hollywood to perform before the judges of American Idol, singing for millions and facing the pressures of a national spotlight and possible scathing criticism.

Then imagine that you blow the judges away – so much so that one of them literally gives you the shoes off their own feet.

“I ain’t never taken a damn voice lesson in my life. “I can’t sing a song like anybody else…I’m me, I’m Colby Swift and I ain’t trying to be nobody else.”

Swift, who is from Midfield, Texas, appeared before the judges to sing “Before The Next Teardrop Falls” recorded by Freddy Fender, a Mexican American Tex-Mex singer. The song was a number one crossover hit in 1974. It’s also Swift’s younger sister’s favorite song.

Judge and country music star Luke Bryan asks Swift to sing without the guitar, and he obliges, taking it even farther by singing in Spanish. The strength of his solo voice is immediately evident. Though he says he’s never performed in public before, he comes across as a natural talent. The audience gave him a standing ovation, leaving Swift in tears backstage.

Texas boy coming at us with that Spanish. #ColbySwift just keep being yourself #HollywoodWeek #AmericanIdol

“I have Luke Bryan, Katy Perry, and Lionel Richie stand up for me. That’s a blessing, man,” said a grateful Swift. “I had the whole crowd. I never thought I’d do that.”Lionel Richie

The judged deliberate, and Bryan calls attention to something he observed during the performance.

“Both pair of his boots have holes in the bottom of them,” says Bryan.

Bryan sees himself in Swift. At the first auditions, he revealed, “I don’t know if a kid has ever walked in here and been more me at 19.”

“I would’ve said something like that too,” Bryan replies.

The judges saw an unpolished but solid performance, as well as a touch of that star quality they are certain will endear him to audiences.

Now at his first performance in Hollywood, Bryan asks the young singer to show the camera his shoes, and he wasn’t kidding when he said they have holes. In fact, his holes appear to have holes. These shoes are barely staying on his feet.

What happens next leaves the audience and the judges in tears. Then all of the contestants get some amazing news.

For Swift, this an unimaginable victory after facing a difficult life, abandoned by his mother at 10-years-old. His father, standing beside him as his biggest fan, must be so proud of this amazing achievement. 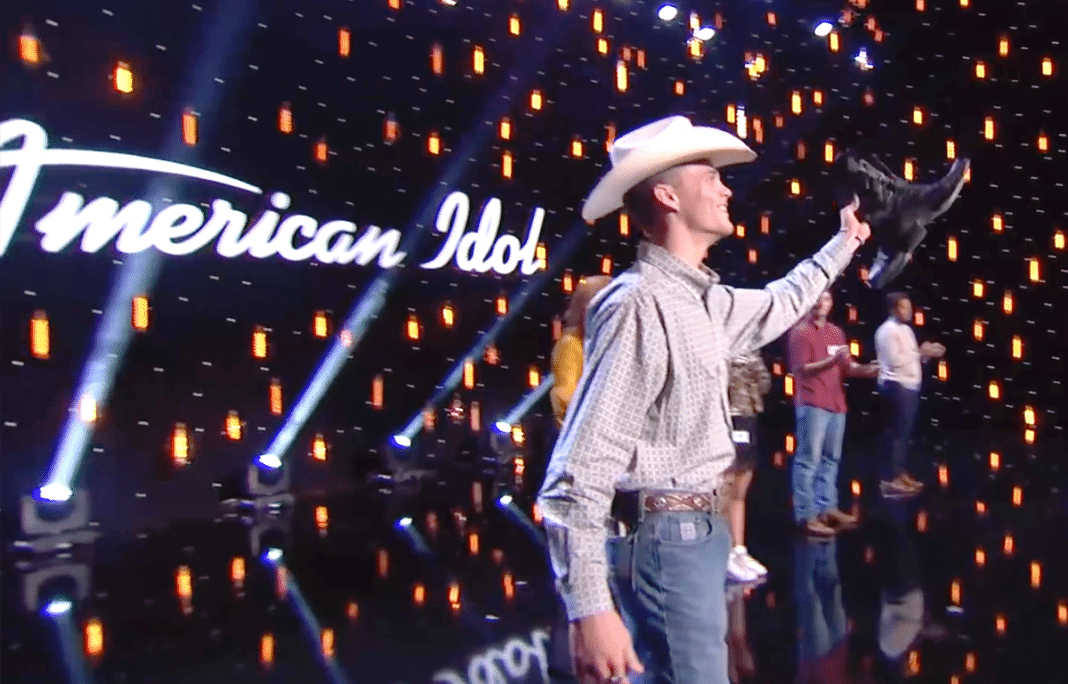 Unfortunately, Swift was later cut from the competition after he forgot the lyrics to another song. Loyal fans are asking the judges to bring him back. Whatever happens, we have a feeling he’ll be wearing his new boots in Hollywood again.