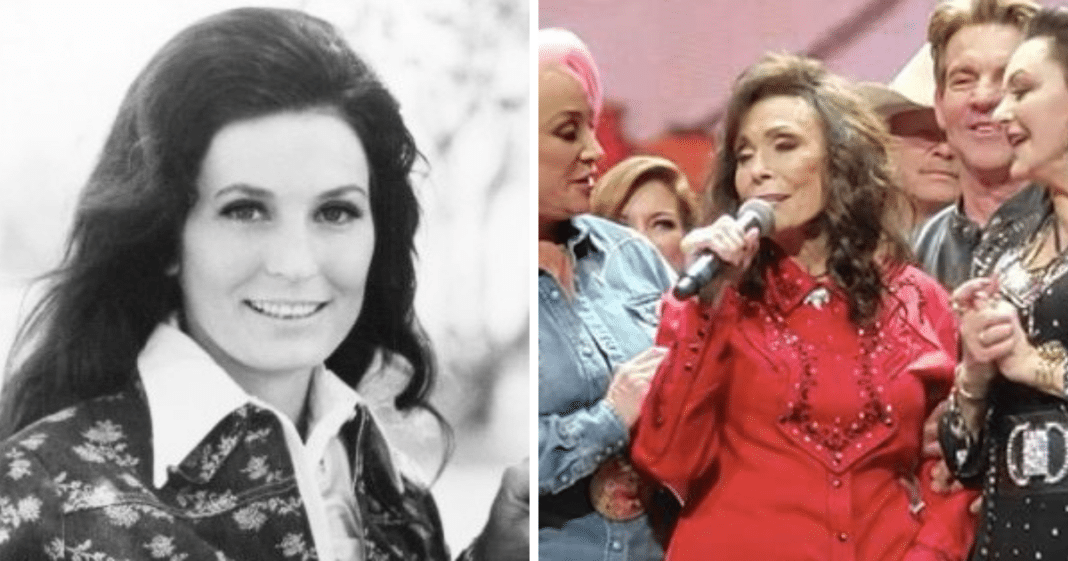 When it comes to country and Christian music legend Loretta Lynn, she’s been making music for so long that a lot of people are sometimes unsure if she’s still alive. Well, the answer is yes!

This inspirational woman is alive and well and now celebrating 87 years with a star-studded birthday concert where she and many of her famous friends sang Loretta’s hit song, Coal Miner’s Daughter.

As the proclaimed “Queen of Country Music,” Loretta has written and recorded tons of hits. Here are just a few:

Looks like everyone is excited for the 2nd Annual GospelFest! Thanks to The Tennessean for spreading the word! Jason…

It was also crucial to Loretta that she writes every single song she recorded. And the fan response to her artistic integrity has been phenomenal.

Much of the inspiration for Loretta’s songs came from the singer’s personal life. She was born April 14, 1932, and indeed was a coal miner’s daughter. In 1948, she married Oliver Vanetta “Doolittle” Lynn.

And at the age of 16, Loretta gave birth to the first of six children.

While Loretta has six children with her husband, their marriage has endured plenty of ups and downs. And the talented artist used every experience as fuel for her songwriting.

This was the last song I ever wrote for Doo. I sang it to him when he was dying. The line that means the most to me is,…

Loretta’s iconic songs are truly timeless classics that have remained popular with generations of fans during a fantastic career that has spanned over sixty years!

With her incredible success, Loretta has been called a “trailblazer” and a “powerful voice for women.” Her one-of-a-kind style and heartfelt lyrics paved the way for countless other female voices. So it’s unsurprising that so many people would want to honor this incredible icon on her birthday.

At Loretta’s age, you would think she’d have had plenty of birthday bashes, but the legendary icon told NPR this was her very first birthday party and she loved it!

So, now, at age 87, Loretta is making up for all those lost parties with a massive blow out birthday concert in Nashville, Tennessee!

“Well, I was borned a coal miner’s daughter

In a cabin, on a hill in Butcher Holler

We were poor but we had love

That’s the one thing that daddy made sure of

He shoveled coal to make a poor man’s dollar”

Everyone on stage joins in making the celebration a truly star-studded affair.

Not to mention, Loretta has a recently released new album, and it doesn’t seem like the legend has any plans on slowing down anytime soon!

Loretta is living proof that dreams can come true if you work hard enough. This pioneer in country music has genuinely helped shape country music as well as inspired many other styles, and she’s only warming up!