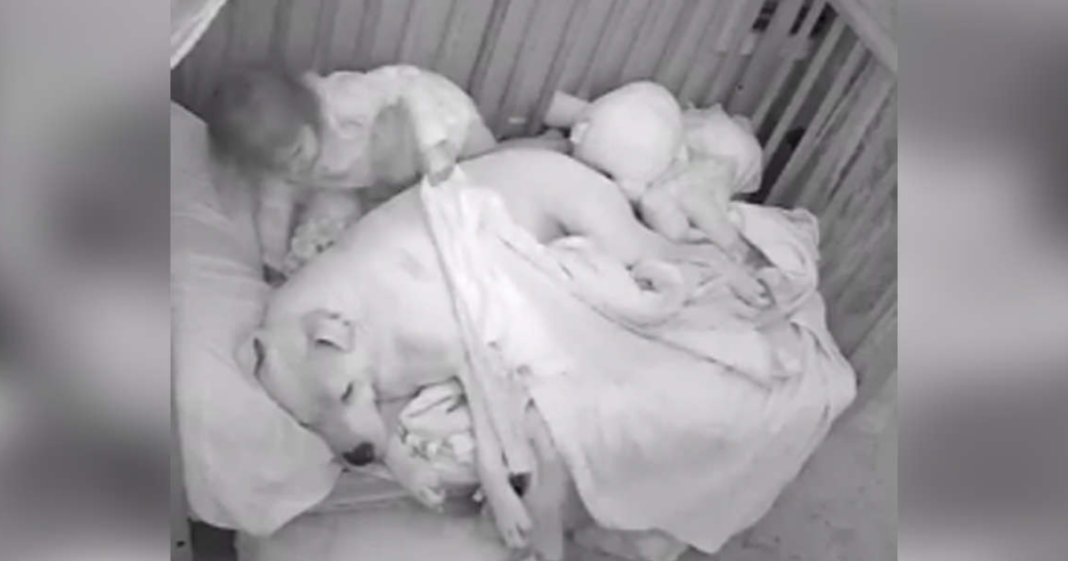 A family from Palmer Alaska shared a touching video of their toddler, Adalynn Leary, who was suffering from severe anxiety and having trouble sleeping. Why would a toddler have such anxiety? A major earthquake hit the area in late November and the shockwaves kept coming, petrifying the little girl each time.

The 7.0 magnitude earthquake hit Alaska on November 30, 2018, at 8:30 a.m. local time. The quake hit eight miles north of the most populous city in the state, Anchorage. It was one of the most significant quakes to hit the area since 1964. Even though Palmer was some 42 miles away, the aftershocks were strong and horrifying for many people, including adults.

“I’ve felt a lot of earthquakes. Some, you stop and freeze in place. This one, there was no doubt that it was gigantic and scary.”

7.2 earthquake here in Anchorage, Alaska. This is a video my dad took from the Minnesota exit ramp from international. ?? pic.twitter.com/1yOGj3yz9q

Adalynn’s father, Kyle Leary, shared a precious story and video on Facebook, where it went viral.

“This is Adalynn Leary tucking in Fury Leary, her best friend and bodyguard since birth who is a 100+pound blue nose pitbull.”

The father noted that his little girl usually doesn’t share the bed with Fury, but this time, she needed extra reassurance. 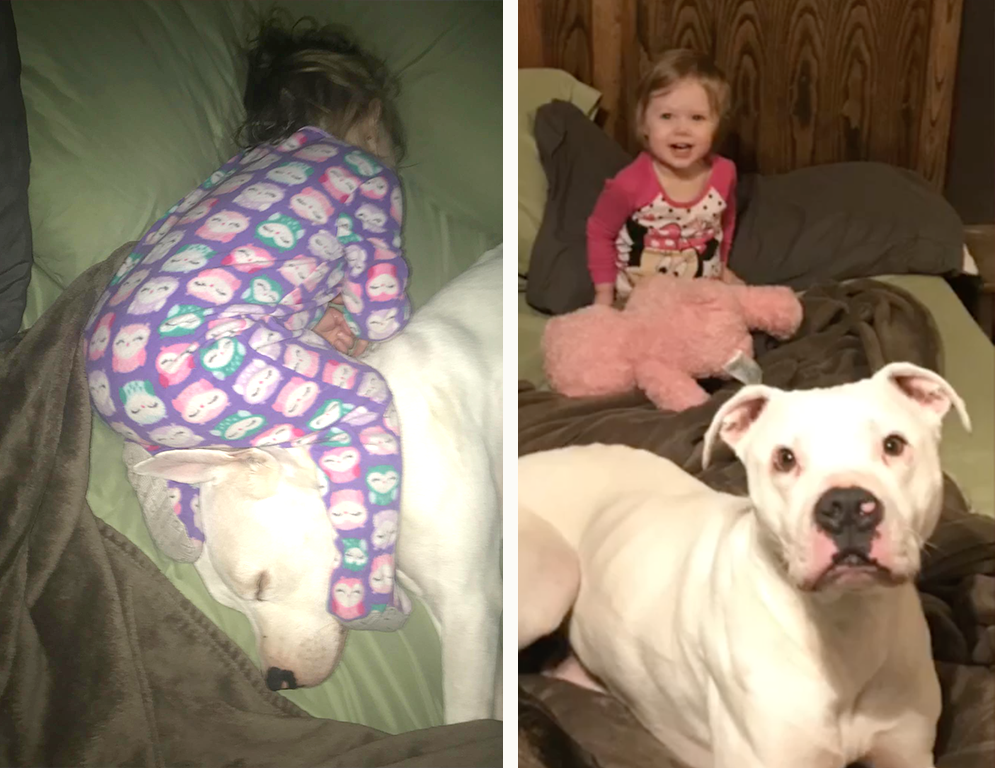 “The only way she’ll sleep is if Fury is in there with her to protect and ease her anxiety. Normally he sleeps on the floor next to her bed but that night she called him up to cuddle him.”

Then the father shared the nanny cam video, showing Adalynn tenderly tucking in Fury with a blanket as the dog sleepily blinked his eyes. Although the Pit Bull breed can be associated with negative news, this is purely a tender and beautiful moment. It’s a reminder of why the Pit bull was known as “The Nanny Dog” for most of America’s history.

Later in January, Kyle shared more video of the cute duo, with additional backstory after receiving some criticism for allowing the child to share her bed.

“Normally he sleeps on the floor next to her bed but that night she called him up to cuddle him cause we had another aftershock. Again, it’s NEVER the breed, they’re just animals; but so are we. If you raise them with love, they only show love. Haters hate away; you’ll have no sway here cause my family only promotes love and support; always, and I want everyone to be part of my family! #love”

Although not everyone responded well to the idea of a toddler sharing a bed with a Pit Bull, most people were overwhelmed with warm and fuzzy feelings of cuteness overload.

“I am getting a toothache that is just too sweet!”

Others found the video the subject of debate. It was featured on the British talk show, Loose Women, where they have debated the issue of keeping pets near infants many times.

Kids and dogs can be a lovely combination. But as our @nadiasawalha says, it's best to be careful about leaving them with kids you don't know. Our fluffy friends can 'be moody' too! ?

Would you let your child share a bed with your dog? pic.twitter.com/OFNhRdfgCp

The touching video was also shared by celebrity dog behaviorist, Cesar Millan, known as the “Dog Whisperer.” He seemed to enjoy sharing the innocent moment with his followers.