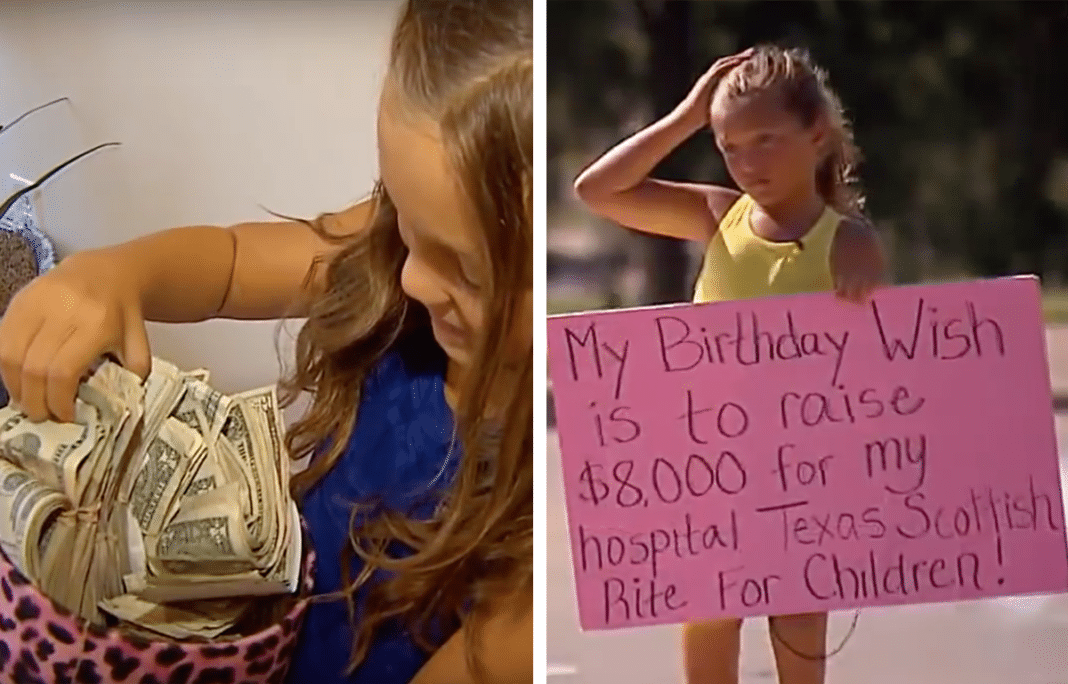 A 7-year-old girl from the Rockwall, Texas area, Addie Bryan, set her mind on something extraordinary for her 8th birthday. While most kids want the latest toy, or device, or video game, she aimed higher –much higher. She wanted to give back, and give back big. Addie was determined to raise one-thousand dollars for every year of her life and give it to a Dallas hospital.

Addison “Addie” Bryan was born with a rare orthopedic condition called Larsen syndrome. The condition caused dislocated hips, a club foot, and her knees were turned around backward up to her head, a severe hip dysplasia. 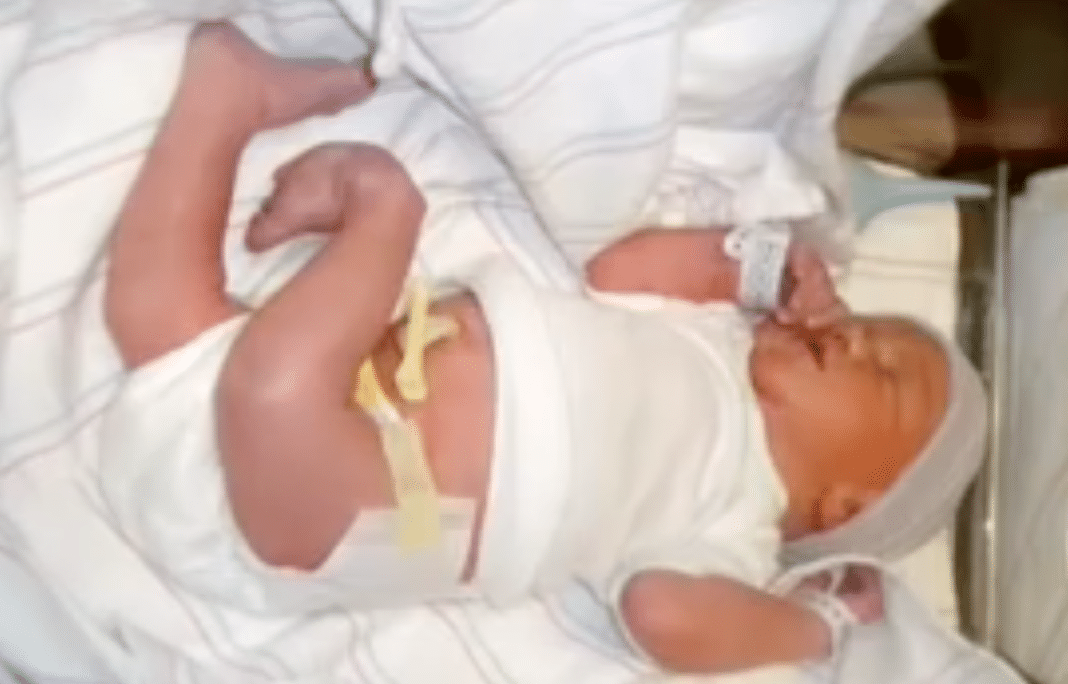 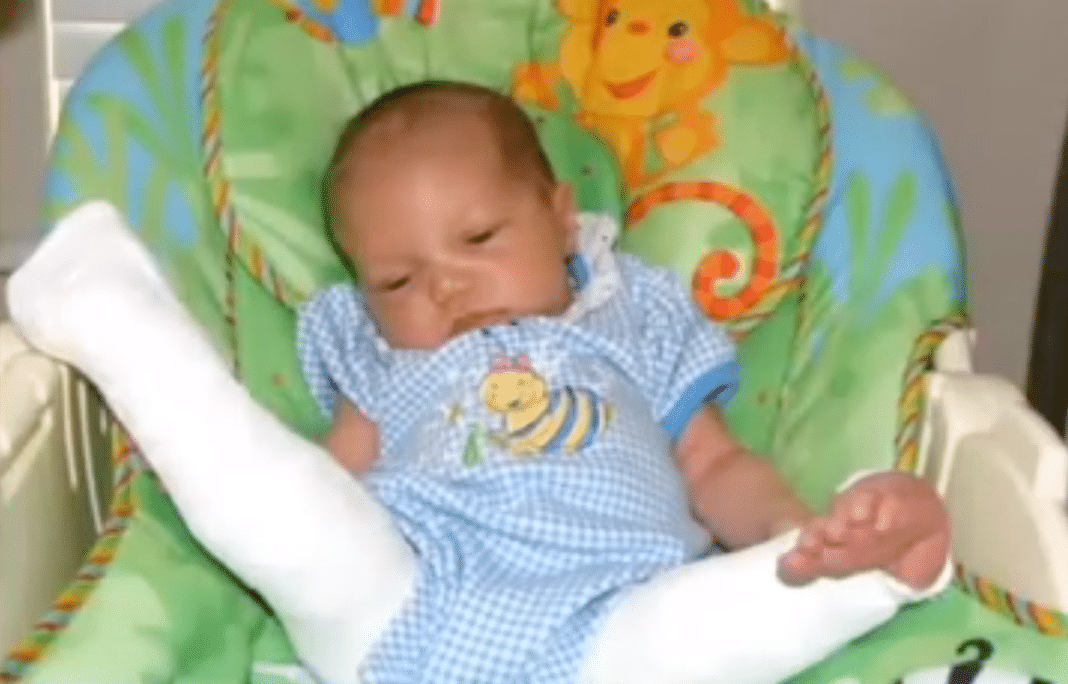 Doctors weren’t sure she would ever be able to walk, but they knew they had to do everything they could to try. At just five days old, she received her first casts. All of the treatments that followed over the years were made possible by the Texas Scottish Rite Hospital, a nonprofit pediatric orthopedic hospital that relies on charitable gifts.

By the age of three, Addison was able to walk, although her knees would still not bend. It didn’t slow her down at all, but she will continue to need additional procedures and surgeries for the next few years to get her legs to lengthen and bend normally. In the meantime, she can walk, run, and swim.

“She’s very active,” her mother Julie told PEOPLE. “She swims on our neighborhood swim team, she plays tennis, she loves playing tee-ball and her P.E. teacher tells me she’s the best football thrower in the whole first grade.”

Addie and her friends set out to raise money for the hospital, starting up a lemonade stand. They raised sixty dollars, and when they showed the money to Addie’s mom, she suggested they might try creating a sign.

“My Birthday Wish is to raise $8,000 for my hospital Texas Scottish Rite! With their help I can now walk, run and play with my friends!”

Addie stood on the corner in her neighborhood holding up the sign in the Texas heat as drivers went by. The sign worked like a charm and soon Addie was coming home with stacks of cash and checks from generous neighbors. She collected over $11,000, astounding everyone. 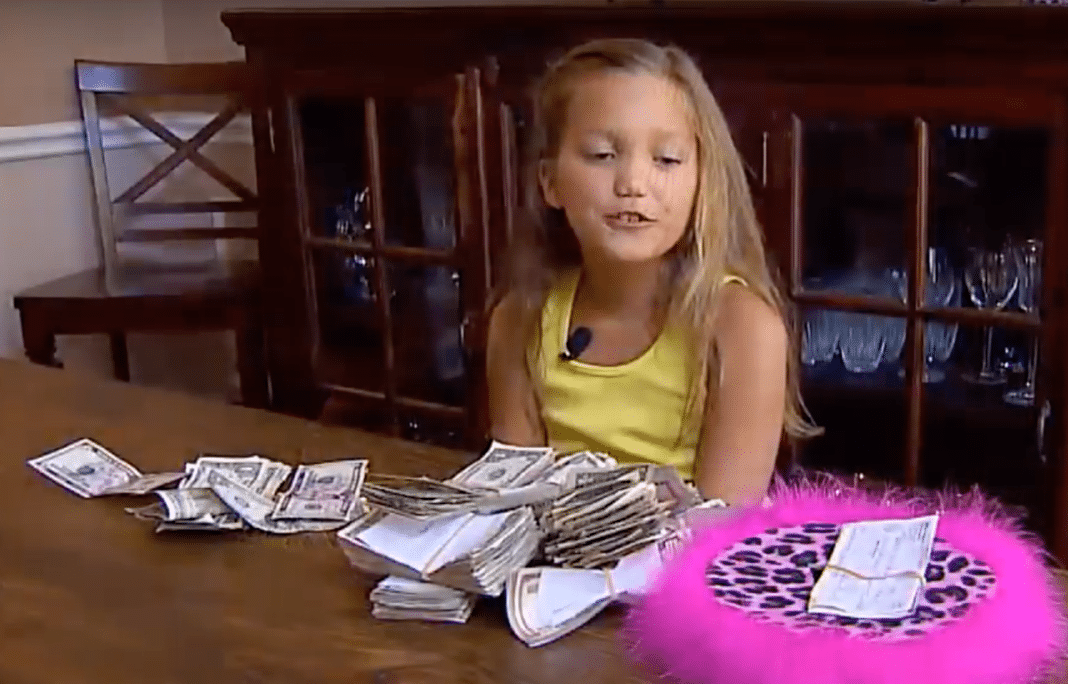 Addie’s fundraiser blows expectations out of the water.

News spread about the little fundraiser who could, and her story appeared in People magazine. Then the donations started streaming in. Local businesses chipped in by designating proceeds from sales to help. By the time she was finished, she had raised a whopping $69,500 for the hospital. In all the total was closer to 70K.

She presented the oversized check to the thrilled staff for her August 16 birthday.

One of the donations came from an anonymous donor who was so touched by Addie’s story that they wrote a check for $50,000 dollars.

Stephanie Brigger, the VP of Development at the hospital was overjoyed when she opened the donation.

“I’m almost speechless because I’m the one who opened it!”

“That’s a lot of casts and a lot of prosthetic devices.”

Addie’s father had words of encouragement for other would-be donors to good causes.

“There’s always somebody out there that could use your help. We could learn a lot from a soon-to-be eight year old,” said Jeff.

Afterward at the local Masonic Lodge, a celebration was held with pink cupcakes and birthday balloons, her favorite color.

“She was handed a single pink flower during the ceremony because she is ‘one of a kind.’ She was also presented with a plaque honoring her as a ‘Super Fundraiser.’” 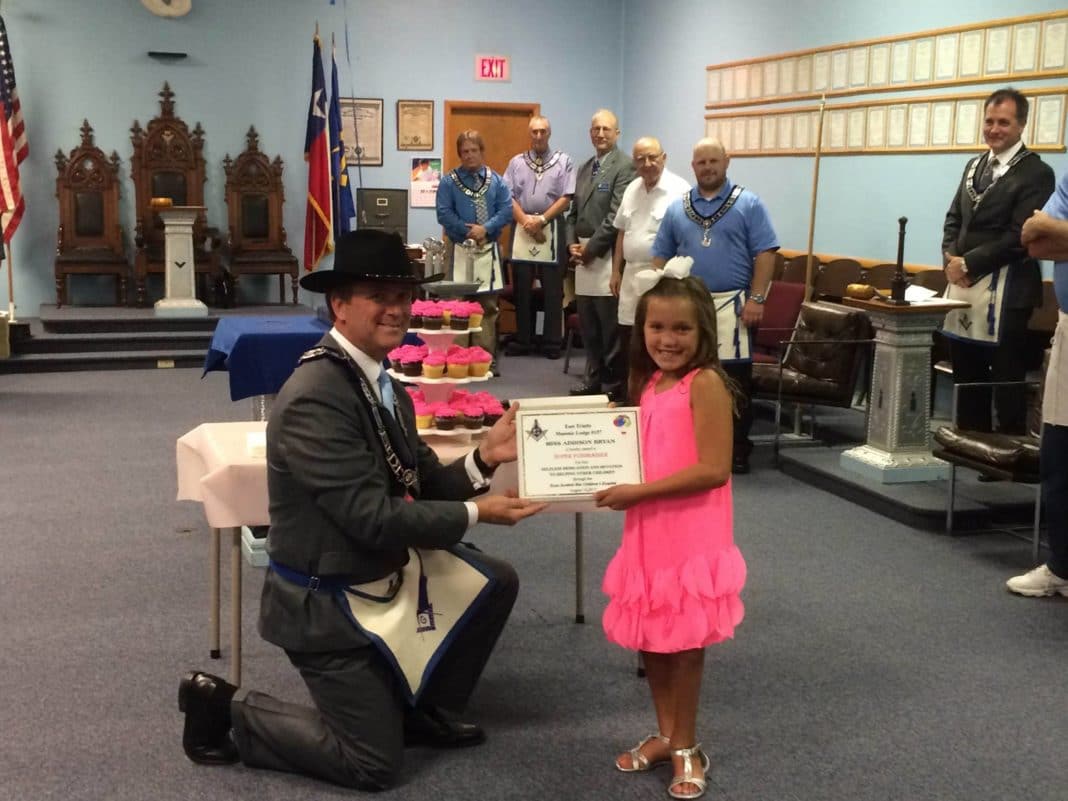 Celebration for Addie at the Masonic Lodge

Addison was thrilled to exceed her goals and give back to the place that had treated her as one of the family.

“I think all the kids are going to be happy and they can get out of the hospital faster,” she said with a smile.

Addison Bryan amazed everyone with her determination and ability to reach her goals. She continued to raise money for Texas Scottish Rite again in the following years, raising her total to over $135,000. In addition, she decided to start fundraising for more causes, including revitalizing the parks in her community and school so that they could be designed with children in mind.

“Addison’s determination is an inspiration to everyone who knows her,” said Julie Bryan.

See more from Humankind below:

See Addison Bryan in the video from Fox4 below: