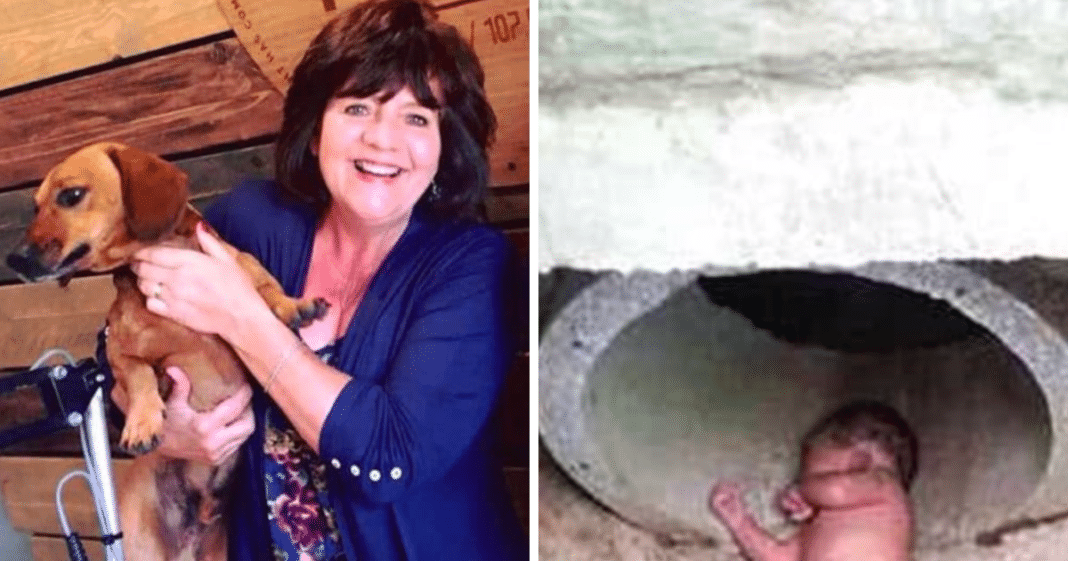 Charmaine Keevy has a history of rescuing innocent souls. But when she rescued her dachshund, name Georgie, little did she realize that her wiener dog would go on to help her rescue a newborn baby. 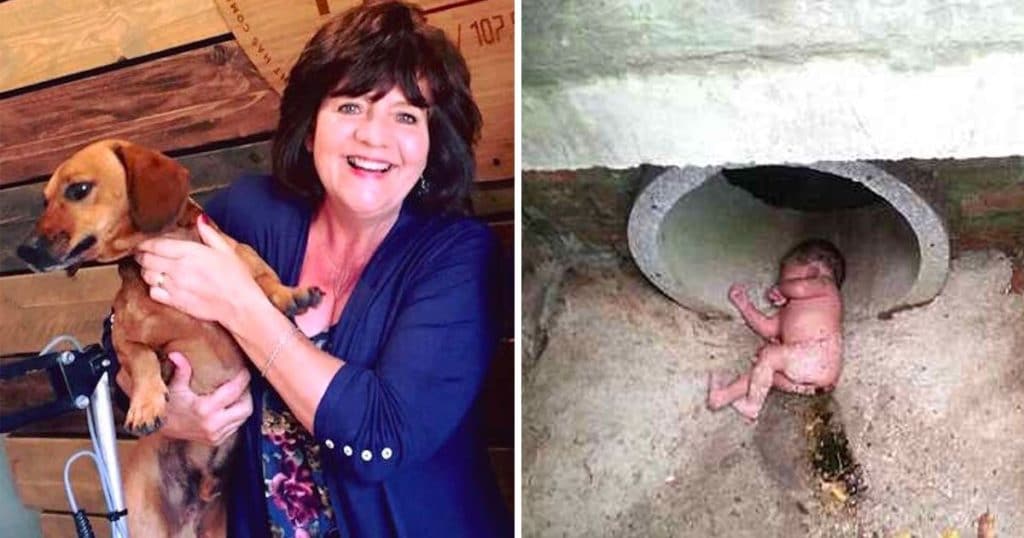 Now people are hailing Georgie and Charmaine as heroes describing the fact that the baby survived as a true “miracle.”

One morning Keevy was walking Georgie in Port Elizabeth, South Africa when Georgia suddenly began barking at a storm drain.

It was then when Keevy heard what she first thought was a cat meowing.

However, when she got on her knees to get a better look down the drain, she was shocked to hear a baby’s cry.

Keevy immediately flagged down a car for help, and Cornie Viljoen decided to stop and help.

Viljoen grabbed a steel bar from his car and together he and Keevy used it to pry a heavy concrete slab open that was covering the storm drain so they could get inside.

The young man then dropped six-feet down into the drain and was immediately stung by a colony of red ants.

“When I got into the hole it was higher than my head and it was so narrow that I had to go down on my knees and I couldn’t bend over so had to feel down for the baby below,” he told DailyMail.”The red ants were stinging my legs but then I felt this baby’s leg and then saw the baby and I realized that this was a crime scene so I took a flash picture and handed my phone up to Charmaine.” 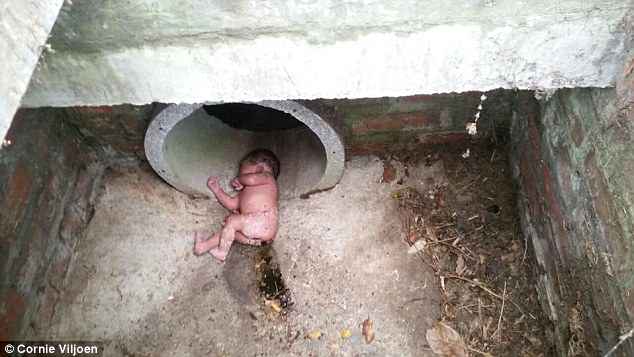 Thankfully, the child was unharmed by the red ants. 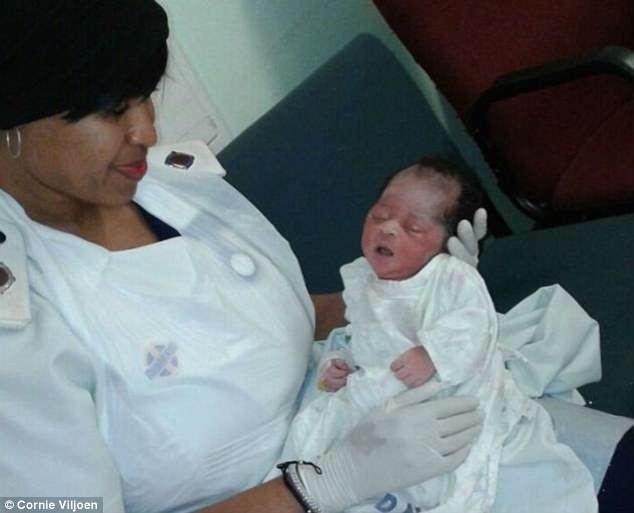 “‘I didn’t know if the baby was injured so I tried to pick her up very carefully and very slowly and she was so small. I just wanted to hold her for a while but I knew that she needed urgent medical help,” he said.

The infant was found naked with its umbilical cord still attached. The little girl was treated for hypothermia and respiratory issues.

Police determined that the only way the child could have gotten down the drain is if someone purposely removed the concrete cover and abandoned the child there. 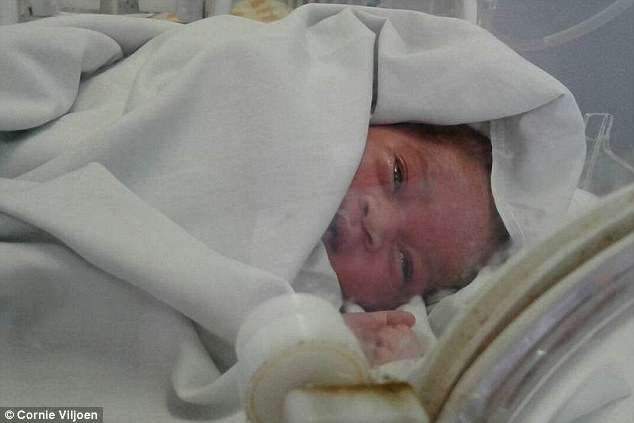 ‘There is a possibility that the person who did this may have come from outside the area and placed the child there. We are appealing for witnesses and the mother of this baby to come forward,” Police spokeswoman Colonel Priscilla Naidu said.

According to Keevy, it was a blessing that she was able to identify the baby’s cries.

“I honestly believe I was meant to find that baby by God as I usually take a different route on my dog walk but for some reason went another way. I cannot help but feel that there is some sort of a plan and a purpose for that little girls’ life – it is a miracle without a doubt,” she said.

“When Georgie first started barking at the noises I thought it was a cat but then I realized it was a baby and people must have thought I was mad because I was trying to stop all these passing cars. I don’t know what would have happened if this guy had not stopped to help me.” 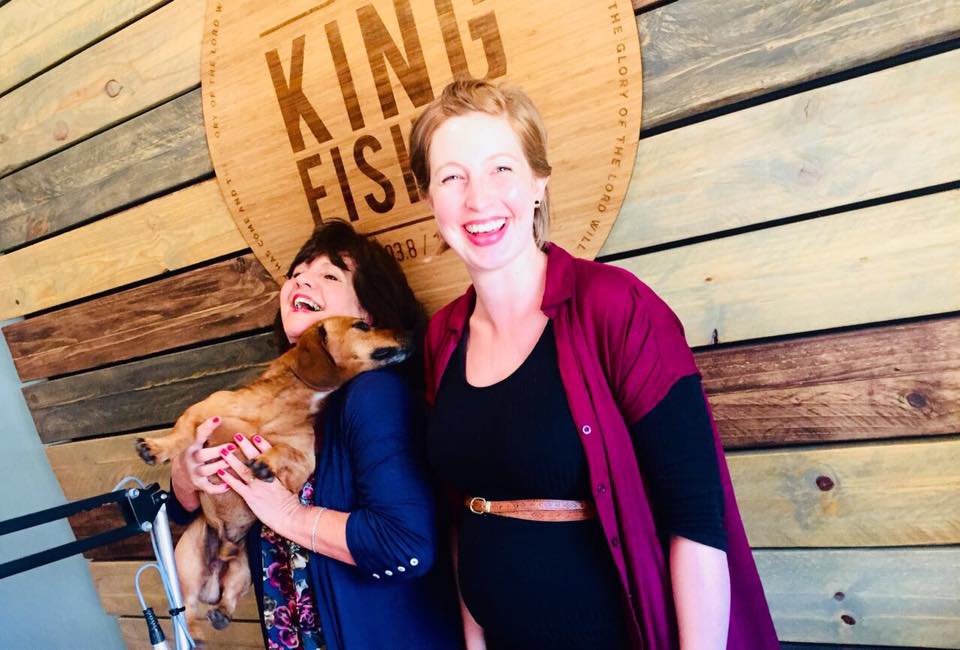 The child was named Grace April. A social worker named Pamela Rubushe said the baby must have been in the storm drain for at least a few hours.

Rubushe said that the child was rescued just before hypothermia could set in.

“I hope if the mother does not come forward that Grace April finds a loving family and makes her mark on this world,” Keevy said.

SHE IS ALIVE!!!!! If you are reading this please share on your time line. I have been so saddened by the negative talk…

What an amazing story of God’s love and grace!