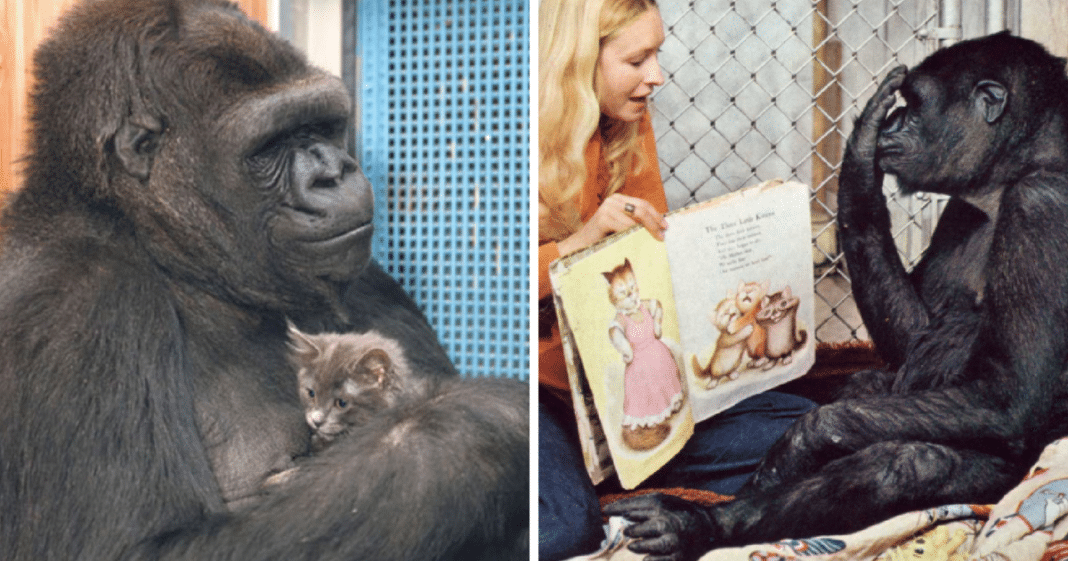 Koko the gorilla who became famous after she learned to communicate using sign language has died in California. She was 46. Koko was a western lowland gorilla who loved cats. The primate died in her sleep on Wednesday.

She will be “deeply missed,” The Gorilla Foundation said when they announced her passing.

“Koko touched the lives of millions as an ambassador for all gorillas and an icon for interspecies communication and empathy,” the foundation wrote in a statement. 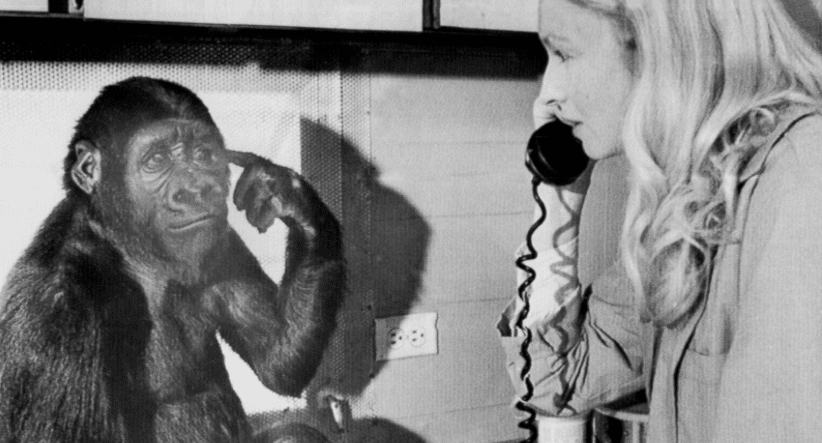 Koko was born on Independence day, (July 4th), 1971 at the San Francisco Zoo. She was named Hanabi-ko, which translates to “Firework Child.” She was one when she started to learn sign language. With the help of Dr. Francine “Penny” Patterson, Koko would learn to understand and use over 1,000 signs over her lifetime.

She became famous with the help of National Geographic. She was featured on the cover in 1978 when she took a picture of herself staring in the mirror. Koko met celebrities during her life too. One of whom was comedian and actor, Robin Williams in 2001. After his death in 2014, pictures of a sad and grieving Koko made their way around the world wide web.

Koko, the gorilla known for sign language, has passed away at the age of 46. Here she is on the cover of the 1985 National Geographic. #RIPKoko ? pic.twitter.com/U95wNsGdWy

Koko famously asked for a kitten for Christmas in 1983. She wasn’t satisfied with the stuffed animal researchers gave her. She continued to sign “sad.” She refused to play with it.

“She was upset,” Ron Cohn, a biologist with the Gorilla Foundation, told the Los Angeles Times in a 1985 interview.

They took her a little more seriously for her next birthday. They brought her a litter of kittens. She chose one that was gray and white. She named it “All ball.” Koko treated All ball like her baby. She nurtured the kitty, carrying her around with her. She even tried nursing her.

“They would play chase with each other and she (Koko) would hold it and pet it,” Cohn said. “The  cat reacted to her as she would a human, but she was pretty independent and would bite Koko or wriggle loose when she got tired of being babied.”

Sadly, All ball was struck and killed by a car six months later. Koko’s reaction stunned researchers. “She started whimpering — a distinct hooting sound that gorillas make when they are sad. We all started crying together,” Cohn recalled to the LA Times.

Throughout her life, Koko would love and care for many cats. Her long-time companion and trainer, Patterson, wrote a children’s book in 1990 commemorating the gorilla’s love for cats in “Koko’s kittens.”

Koko, the gorilla who mastered sign language, has died in California at 46, the Gorilla Foundation announced this morning https://cbsloc.al/2tsQxG8

Koko led an amazing life. Not only did she meet Robin Williams, but she also met Mr. Rogers. She indeed changed how we view primates. They do have the ability to communicate and understand. It’s thanks to Koko that we know this. May she rest in peace.