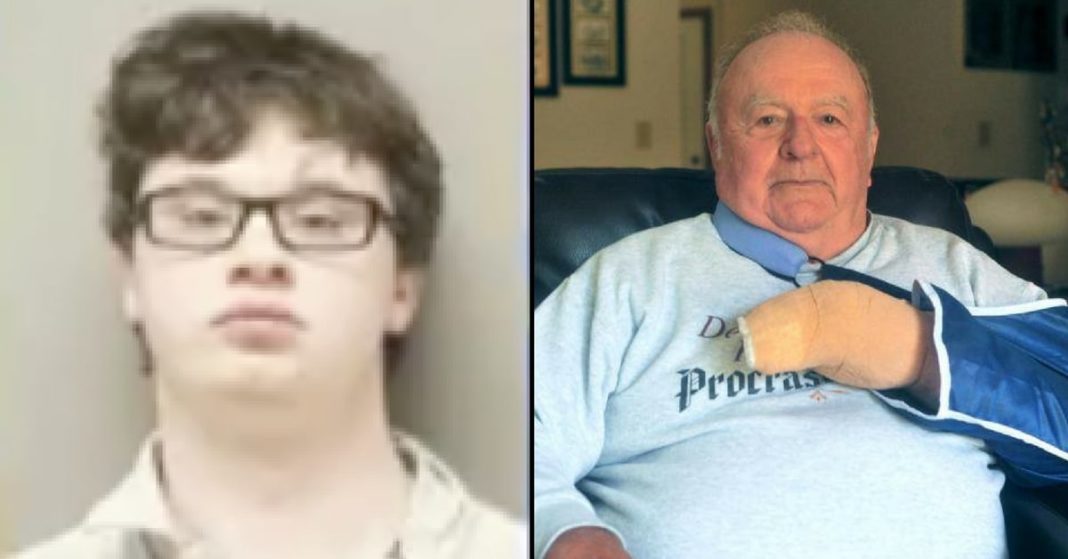 There’s so much violence that occurs regularly in our society. Mass shootings and weapon-wielding individuals have become commonplace. We’re almost numb to the horrific images shared on social media and news broadcasts.

But in the midst of the darkness, heroes arise from the horror. The names of those who do good and save lives are the ones that should be remembered, recognized for their bravery rather than those who sought to bring harm, devastation, and death.

One such hero is James Vernon. Vernon is a former IT professional with Caterpillar Inc. and a retired Vietnam combat veteran.

On October 13, 2015, Vernon was teaching chess to a group of 16 teenagers at a library in Morton, Illinois. While they were engrossed in learning the intricacies of the game, a young man – 19-year-old Dustin Brown – suddenly appeared in the doorway, two hunting knives clutched in his fists.

Unbeknownst to the room’s occupants, authorities had previously charged Brown with possession of child pornography. He had been released on bond and was currently awaiting trial.

Though Brown’s past indiscretions were unknown to Vernon and the kids, his current intentions were not. “I’m going to kill some people,” Brown declared.

But Vernon wasn’t going to let that happen.

With quick thinking and courage, he began to speak to the troubled young man.

“I tried to talk to him,” Vernon recalled. “I tried to settle him down. I didn’t, but I did deflect his attention and calmed him a bit.”

With every question Vernon asked the crazed young man, the 75-year-old took a step closer to danger. As he did so, Brown moved back until he’d progressed away from the doorway.

“I gave [the kids] the cue to get the heck out of there, and, boy, they did that!” Vernon said.

That’s when he made his move.

“First rule of combat: Be fast and vigorous,” the veteran recalled.

Brown slashed at Vernon, cutting his hand and severing two arteries and a tendon. Unphazed, Vernon pinned his assailant against a table with his arm trapped beneath him. He then pounded at the man’s shoulder until Brown dropped his weapons.

Police and paramedics arrived soon after. They took Brown into custody and tended to Vernon’s wounds.

Despite his pain, Vernon is glad he took action that day, though he would have done a few things differently.

“I should have hit his wrist,” Vernon rued. “That’s how you’re trained, but it’s been half a century.”

No need to justify anything, Mr. Vernon. You acted with courage and took down this man who intended on killing you and your charges. Well played, sir!

Were you amazed by this story of heroism? So Share This!