Kids Heartbroken After G’pa Dies. Mom Sobs When She Sees What They Put In Casket 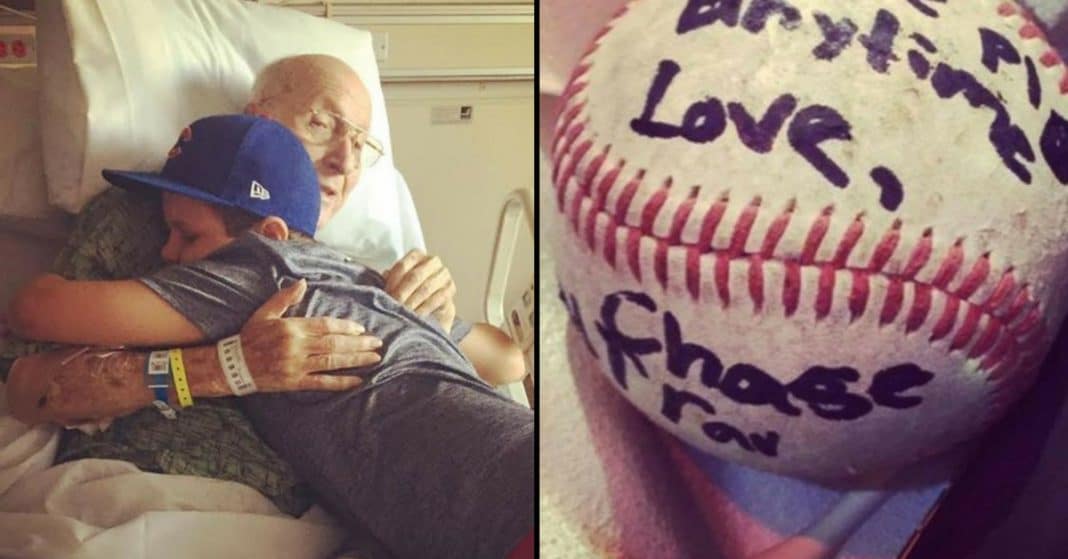 There is something remarkable about the love and bond between grandparents and their grandchildren. The fun, gifts, affection, and special treatment we get from our parents’ parents, even into our adult years, add so much joy to our lives. It is unfortunate that some of us do not get to live out many years with our grandparents, but how those years were spent is what matters most.

Jim Gish, the 96-year-old grandfather of Lindsay Marcy and great-grandfather of her three children, was admitted to the hospital because of dementia-associated and pain medication-related occurrences of confusion. After a couple of weeks in the hospital, he asked for one thing: a game of catch with his two great-grandsons, Chase and Trav, ages 11 and 8.

“Have they given me the go ahead to play?” Jim asked Lindsay.

“The go ahead to play?” she asked, confused by his question. “Play what?”

“Lindsay, I want to play ball with the boys,” he earnestly said.

Deeply moved by his plea, she replied, “Of course you can play.”

Jim’s wife, Mary, passed away from cancer in 2012, but the grandparents’ commitment to cheering on their great-grandchildren remained even after Mary’s cancer diagnosis. Prior to her passing, Jim and Mary would go to every baseball game that Chase and Trav were a part of, one year even winning an award for being the most dedicated fans.

Sadly, just one week after sharing his last wish, Jim Gish passed away. Unbeknownst to Lindsay, her two sons had a final gift for their great-grandfather. At his cremation ceremony, the boys placed a baseball in his casket with a sweet note.

“Come play anytime,” they wrote on the ball. “Love, Chase and Trav.”

“After such a significant loss, it was a breath of fresh air to see them wanting to honor him in such a thoughtful way,” Lindsay said. “I am overwhelmingly proud of the sweet gentlemen my sons are becoming.”

Our hearts are so touched by Chase and Trav’s endearing gesture. While I am sure they will miss their great-grandfather tremendously, he will always live in their hearts and his presence will be a part of every game.

Rest in peace Jim Gish. You gave your grandchildren the happiest of years!

Were you touched by the sweet way these boys honored their great-grandfather after his passing? So share this!