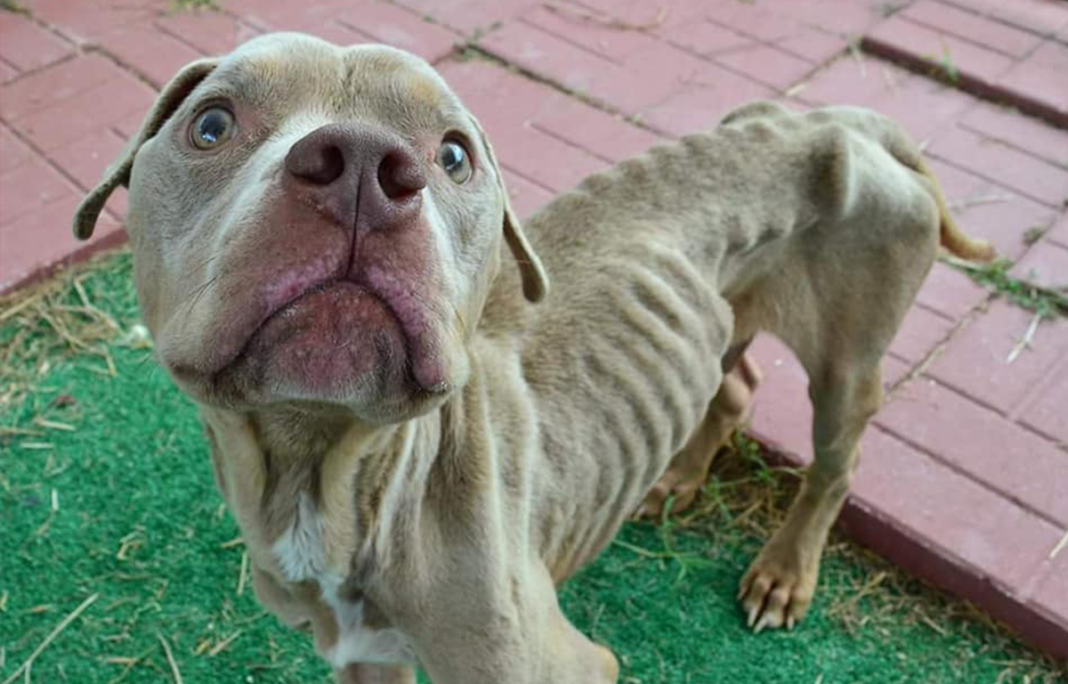 We have seen our share of animal abuse stories but throughout them all, we are always touched by the astounding efforts of rescuers, veterinarians, and animal control officers to do all they can to help. Through their unwavering efforts, determination, and kindness, animals can bounce back from unimaginable cruelty and neglect, and this story is a perfect example.

Feeling Fine Canine Rescue is a nonprofit dedicated to rescuing, rehabbing, and rehoming of medically needy death row dogs in Loxahatchee, Florida. Tracey Godin and her daughter Micaela Godin established the rescue when an emaciated Pit bull puppy covered in mange showed up on the front lawn of their home in 2011. They named the loving dog Miles. Through their efforts to save the neglected dog, they realized a new mission.

[“Miles] taught us more about compassion, love, and the bond between rescue and rescuer in our few short months with him than either of us could have been taught over a lifetime without his presence.”

One of the hundreds their success stories is a Pitbull named Dice. His cruel owners left him behind when they moved from an apartment complex in Fort Lauderdale. Instead of calling a rescue group or shelter, they just abandoned him outside in a crate. Dice had no food or water.

Fortunately, children in the area noticed him and alerted police to his presence. The children claimed the dog had been there for around a week, but judging by his emaciated condition, the rescuers believed Dice must have been starved for months on end. It’s hard to believe he survived at all. If not for the children and the rescuers, he would have surely died in days.

“The tenants moved out and left him in the backyard in a crate with no food or water,” said Godin. “He was not fed for months. The last week would have just been the final deterioration.”

LINK TO DONATE IN BIO, PLEASE HELP DICE! No matter how many precious lives we come across, surviving horrible medical and living conditions as this boy has seen, I will never get used to seeing a gentle, loving being mistreated this way. It is worse than heartbreaking, it's beyond words or comprehension. It makes me physically and emotionally ill. Thank God we are able to help some of them. Thank YOU for helping us make a difference to so many. #BlessedByYou! Together We are #SavingDicesLife! He is currently receiving life saving care at Pet Life Animal Hospital & Pet Center. Please consider donating towards his long term care and rehabilitation at Feeling Fine Canine and Equine Rescue. Thank you so much for all your kindness and support. Link in bio to donate!

Godin was overcome with emotion at seeing Dice’s gaunt appearance. He was just a bag of bones. Even his skull was visible. He weighed just 30 pounds, less than half of what his healthy weight of 65 pounds should be.

“Tears immediately came to my face,” she said.

Looking at his body breaks my heart… Seeing his beautiful Soul heals it… DICE!! One absolutely amazing boy. To have lived through such torture and betrayal by human hands only to seek love and comfort from the closest human possible. I feel so blessed to be one of the humans to help him heal and begin to live the life he was meant to live. Happy, Healthy, and #FeelingFine! Dice, day 2 at Feeling Fine Canine and Equine Rescue LINK to donate in BIO

A post shared by Feeling Fine Canine Rescue (@feelingfinerescuesofl) on Nov 6, 2018 at 10:53am PST

Thanks to Godin, Dice would have a second chance at life. She rushed him to a veterinarian, where he would receive as much care and attention as he needed. Once in the Godins’ care, Dice made a miraculous recovery, gaining back weight at an astounding pace.

“He was 40 pounds within one week. Two weeks later, he was 50 pounds, and by the weekend he was 65 pounds. Basically every day you could see a difference in the dog.” Tracey said.

Today he weighed 50 pounds! A total weight gain of 20 pounds in 35 days. I'd say he's a #FeelingFineCanine now! He has been cleared for surgery and will be neutered today along with 5 other dogs from FNF. We also have Jewel still hospitalized with the Amazing team of veterinarians at Pet Life Animal Hospital & Pet Center. Please consider donating towards the care of these 7 deserving dogs at Feeling Fine Canine and Equine Rescue. After today's surgeries, Dice and all of #MilliesMiracles will be completely vetted and ready for forever homes. This group makes 156 Spays/Neuters we have done in 2018! 156! Thank you, Thank you, THANK YOU! Feelingfinerescuesofl.org/donate

Over the next two months, Dice was pampered and cared for in every way. Despite facing a near-death experience and enduring rejection and abandonment by his prior owners, Dice rebounded in health and in spirit. He was ready for a new lease on life and new forever family.

A family with two other dogs and two playful kids decided to take Dice home to foster him, and fell in love with his affectionate and charming personality. It was love at first sight. Dice adjusted as if he had always lived there. Weeks later they had made up their minds to made Dice one of the family.

“They called me last night and said ‘We’re more in love with him than the moment we met him, and we would like to never bring him back.’” Tracey said.

Once more, Godin was moved to tears.

“I was crying because this family is absolutely incredible…”

“…and I don’t think that Dice could have gone to a better home.” 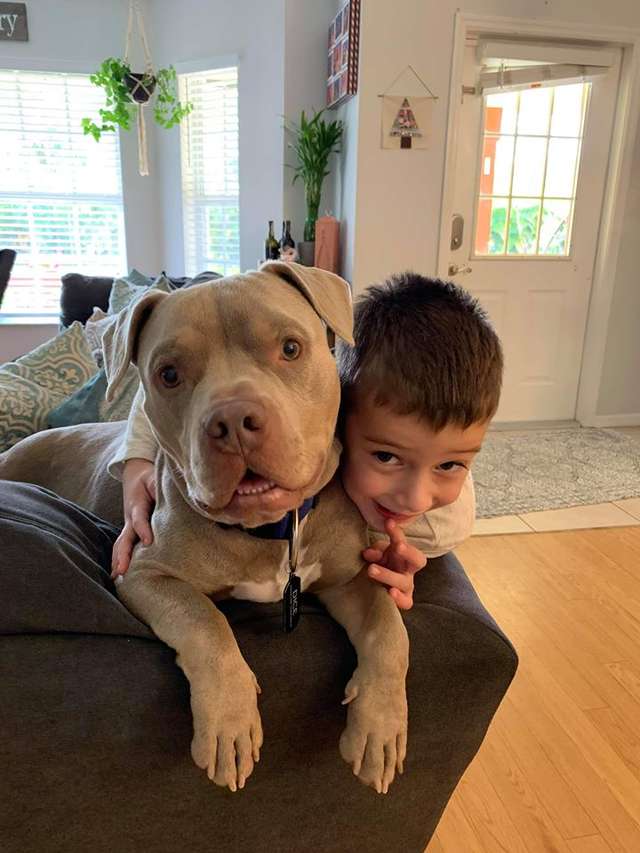 Dice at his new home via The Dodo/Facebook

Micaela Godin said that Dice was a particularly stellar example of resilience after all he went through.

“We save a lot of dogs, and they all have stories, and they all come from such awful beginnings,” Micaela said. “But Dice is resilient in how quick he was able to bounce back, and how gracefully he did it. He’s so lucky, and he’s strong to be able to make it through this and to come out on the other side so quickly and so successfully. I would say that it was a miracle, for sure.”

For more information or to make a donation to these wonderful rescuers, visit their website.

See Dice in the video from Feeling Fine Canine and Equine Rescue below: