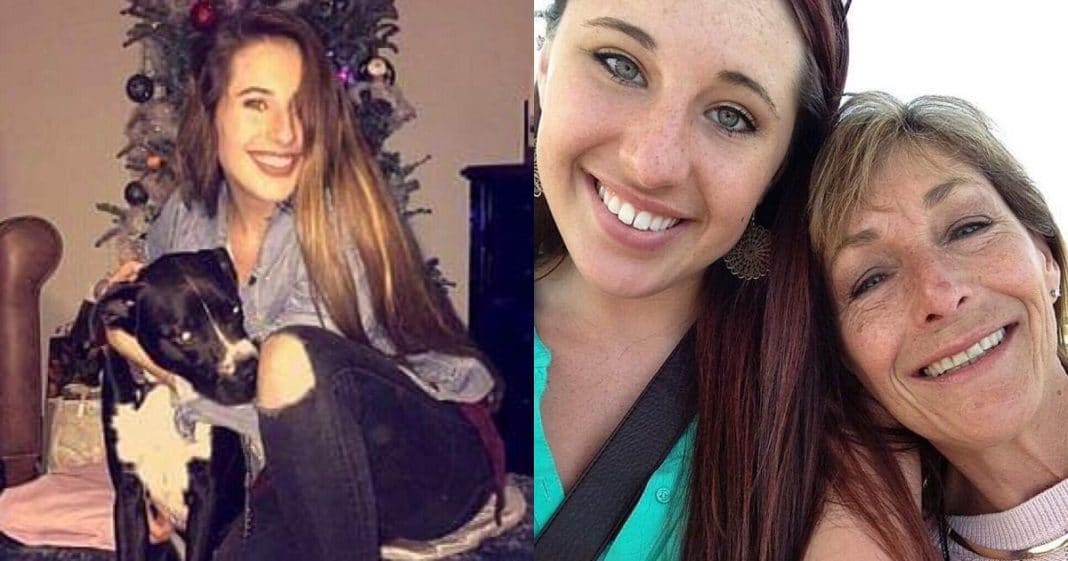 On most days, we go about our business on autopilot. Our everyday lives are filled with the mundane and boring, rarely having an influence on our lives or the world. Sometimes though, things can change within a matter of seconds. Our safety and survival are suddenly in the balance.

On one summer night in July of last year, University of South Carolina student, Jordan Dinsmore, found herself faced with this very terrible reality. At around 1 in the morning, Jordan was returning home from the restaurant where she worked.

She arrived at the apartment complex where she lived and was confronted by men holding a gun. Jordan just exited her car; the males emerged from the woods near her vehicle and aimed the weapon at her.

“I panicked and started screaming,” she told Teen Vogue. “‘Shut up, or I’ll shoot you,’ the guy  holding the gun told me as he forced me to the ground.”

The men forced Jordan to get back into her car. They couldn’t handle the car’s manual transmission. So they made her drive to an ATM and withdraw $300.

Jordan begged them to just take her car and go. Her kidnappers refused: “‘Now you’re going to drive us somewhere else,’” one of the young men said. “‘And when we get there, you’re going to be raped.’”

The young woman’s mind raced: “I thought back to my mom,” she told WCBD.

“She was almost a victim of sexual assault when she was in college, and she fought back and fought the man off, and I thought, ‘You know, I’m going to be strong like my mom. I’m going to get myself out of this.'”

Jordan’s mother, Beth Turner, urged her daughter to: “never let someone take you to a second location” because  “that’s where the really bad stuff happens.”

Jordan recalled her mother’s well-meaning advice. When she returned to her car, she got in but didn’t buckle her seatbelt. She drove but waited until she reached an intersection before making her move.

Three cars were also approaching from different directions. Jordan then put her vehicle in neutral and threw herself from the moving conveyance.

Because they couldn’t drive her car, her kidnappers fled. A good Samaritan noticed Jordan running away and called 911.

The shaken brave woman called her mother; she first assured her she was all right before recounting her frightening encounter.

“I had always told her, don’t ever let somebody get you out of the public eye.

Thanks to her mother, Jordan survived and got away from those who wished to harm her. And the criminals have been apprehended. Jordan’s kidnapping robbery and attempted rape were part of a growing crime spree targeting white U of C students. This is according to Richland County Sheriff, Leon Lott.

The suspects are three African-American teenagers. Their crime spree ran from July 3rd to July 26th. They first started targeting delivery drivers and robbing them. From there, their crimes escalated. They started carjacking their victims, eventually attempting to sexually assault Jordan.

The two 15-year-olds aren’t named by the media because they are minors. The older of the trio is believed to be 17-year-old Raquan Green: “This was a crime spree. They would not have stopped,” Lott said. “They made a statement that they did not like white people and they were only going to rob white people.”

Jordan is very brave for escaping her kidnappers. Most kidnapping victims don’t survive to tell their stories. Beth Turner’s advice saved her daughter; by sharing this story, you could maybe save your own life or someone else’s.