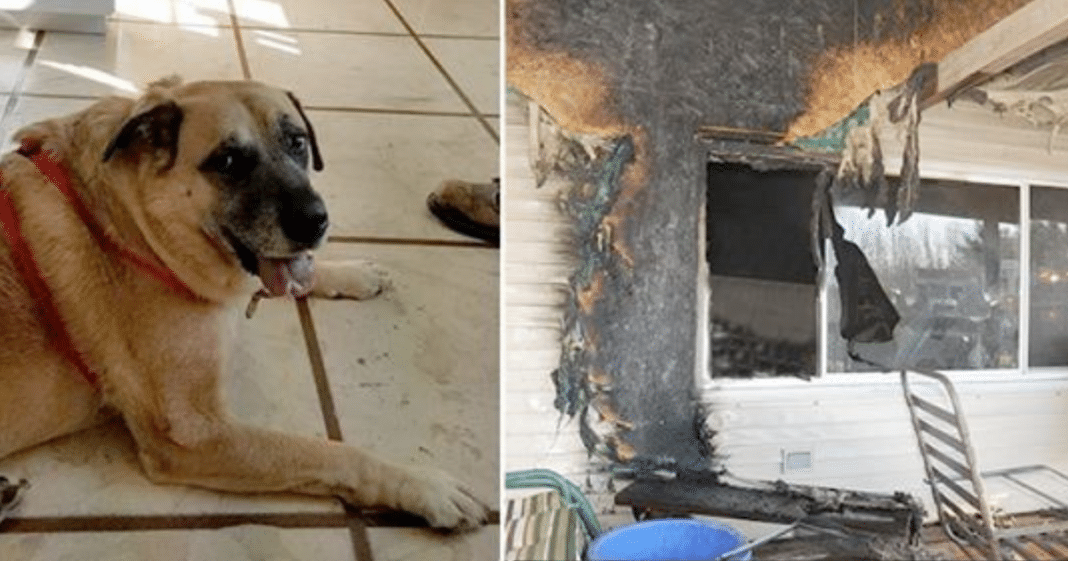 In March of 2017, a South Haven, Michigan family lost their home in a devastating fire. Fortunately, their dog, Chloe, had been rescued by firemen. However, their beloved family cat, Ringer, was nowhere to be found. Sadly, the family had to face the heartbreaking reality that their precious kitty had presumably died in the fire.

Things may have looked bleak, but incredibly, that was not the end for dear Ringer.

When the Marr family watched their house go up in flames, Ringer, disappeared right along with it.

“Looking for that cat, we picked up furniture, looked around beds, looked in every nook and cranny for that cat,” said Fire Chief Ronald Wise.

Firefighters were able to locate and save the family dog and gave her oxygen, as she was suffering from smoke inhalation.

When the family revisited their burnt-out shell of a home eight weeks later, they had the shock of their lives.

Their dog Chloe was with them, and she suddenly began frantically digging and sniffing in one spot. Moments later they heard the faint cry of a cat. The family managed to lure the cat out from under the floorboards with some food and were shocked to discover it was their very own lost cat, Ringer!

The family’s cat had been hanging around the home for two whole months and had sadly lost half its weight due to malnourishment.

Ringer’s owner, Christine Marr, told Fox 17 News: “This cat’s a miracle. This cat has been in this area for two months with no food or water. And Chloe just found him down in this hole. We’re assuming he was eating bugs and spiders and stuff under there.”

“I think it’s phenomenal to know that Chloe had found the cat, that’s amazing. She’s a true hero, she is. To get that cat, you wouldn’t think the cat would live that much longer,” said Fire Chief Wise.

The Marr’s beloved family member, Ringer, had the will to survive, and his pal Chloe had the determination to find him.

That is one very grateful cat and one very relieved family. To make the story even sweeter, Chloe found Ringer and reunited him with the family on Mother’s Day.

What an incredible tale of determination and survival! We are so happy this family is all together once again.