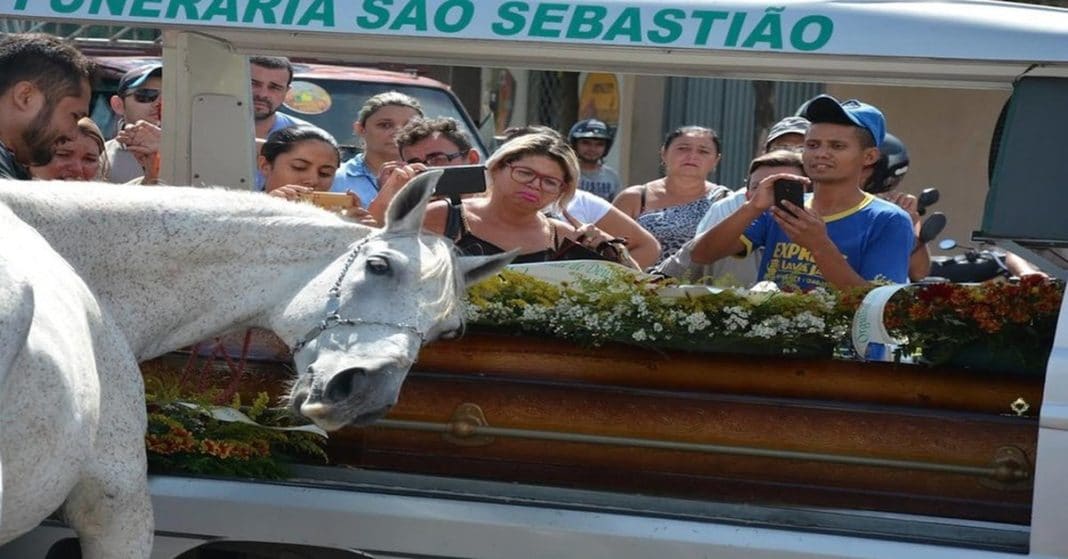 Animals can have profound bonds with people, and most animal lovers will tell you that they understand and grieve when a loved one dies. Although they don’t use words, they clearly know much more than many people give them credit for. For proof of this, consider the story of Sereno, a horse that mourned the loss of his cowboy friend, Wagner de Lima Figueiredo from Paraiba, Brazil.

At just 34 years of age, Wagner was in a fatal motorcycle accident. During his life, he put his best friend first.

“He had a passion and a great love for him,” said his brother Wando.

“Sometimes, he would even stop buying things for himself to make sure he could afford to buy horse feed.” 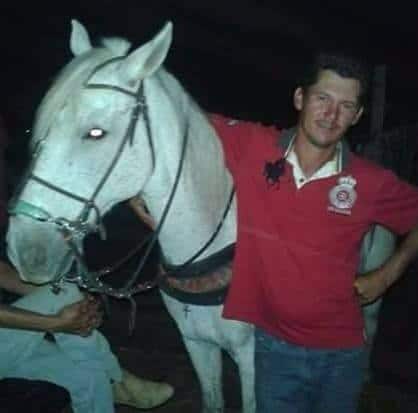 An enormous crowd came together for Wagner’s funeral on a Tuesday. Wagner had touched many lives and Sereno’s life in particular. Wando knew that Sereno should be part of the ceremony, and escorted the horse along through the procession in the street.

When the vehicle carrying Wagner’s body neared, Sereno reacted, stomping his feet, whinnying repeatedly, and acting distraught. Onlookers observing had no doubt the horse was grieving and started crying. 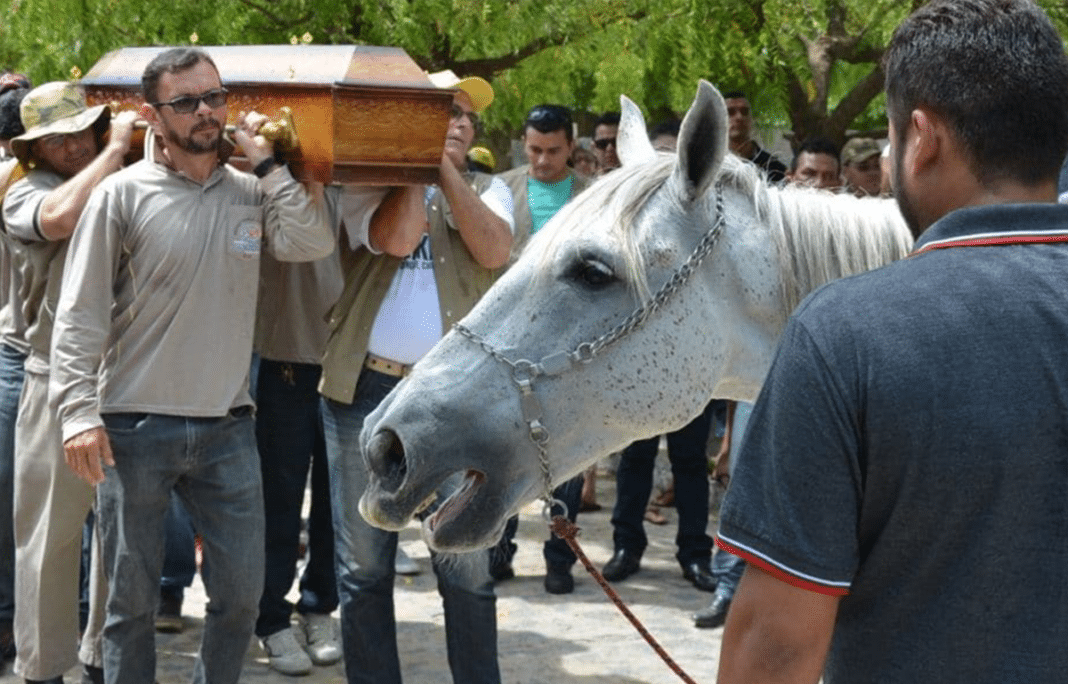 “He began to walk around the coffin, smelling the coffin. Then he neighed,” attendee Kyioshi Abreu said.

“It was a very strong emotion. Everyone who was there was moved. I cried myself when I saw that scene.”

Watch what happened below:

The horse neared the coffin and lowered his head to rest it gently against the side as shocked onlookers took pictures and bawled their eyes out.

This horse was everything to him. It was as if the horse knew what was happening and wanted to say goodbye,” WANDO SAID. 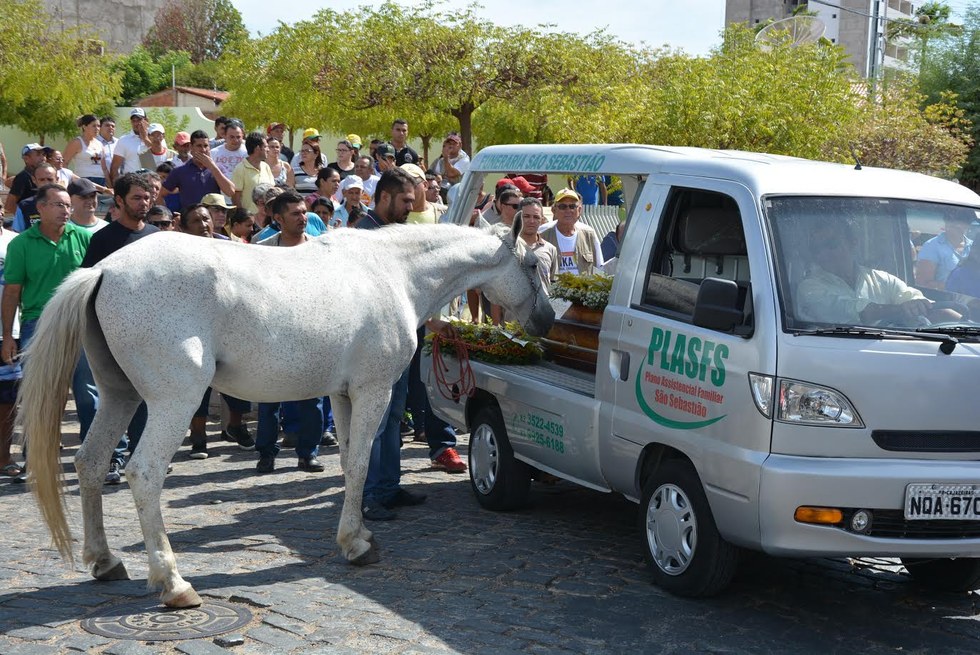 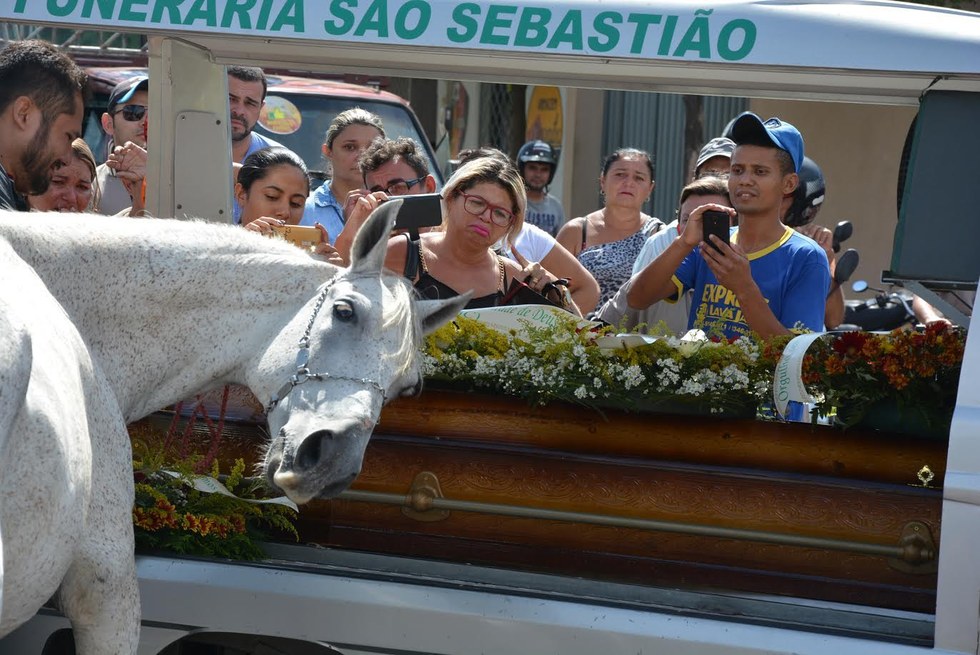 As the crowd made its way to the cemetery, Sereno continued to whimper and anxiously stomp his hooves in the dirt.

As you watch the videos, it’s impossible to mistake that the horse is distressed, but when Sereno lovingly places his head on the coffin – that’s it. This horse knows that his beloved cowboy is gone. The tender moment is heartbreaking but also quite beautiful.

According to the reports, Sereno would find a loving home with Wagner’s brother and his family.

The story of Sereno and Wagner de Lima Figueiredo seems to be proof that animals mourn the loss of loved ones. One can only imagine what a joyful moment it will be when the two are reunited once more in the afterlife. 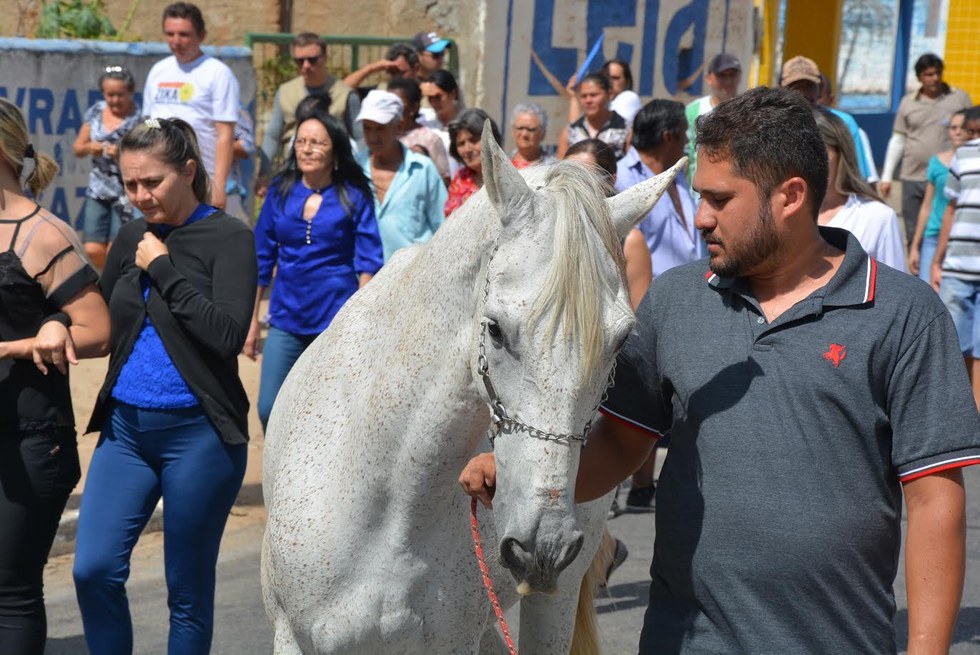 More from Inside Edition: