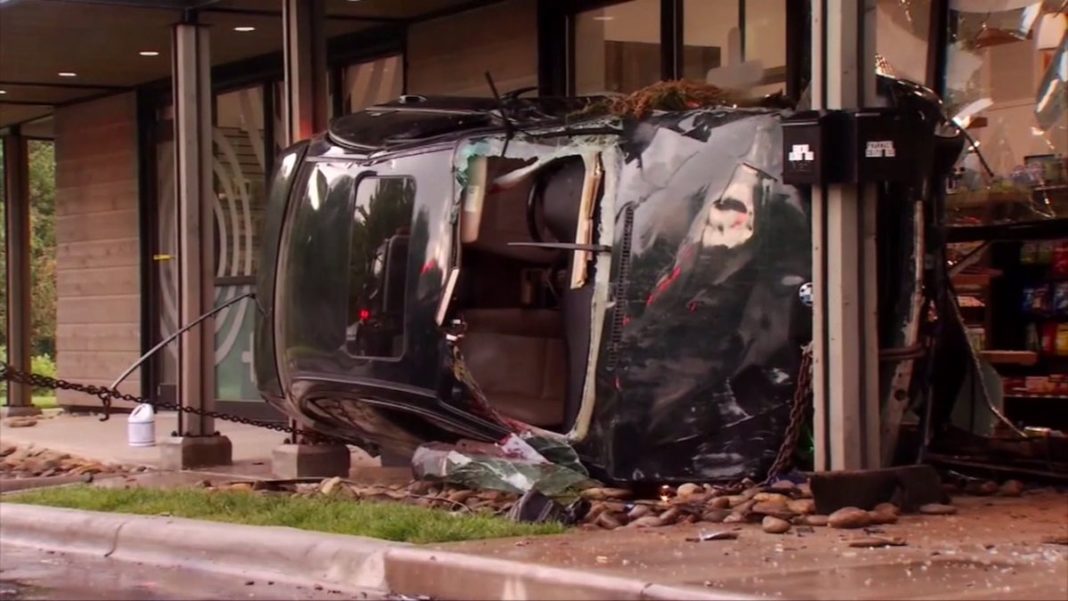 Sometimes, no matter what precautions we take, things happen. We don’t know why these events occur; they do. No one understands this more than Sam Ivey, a 30-year-old man from North Carolina.

Sam was driving with his toddler safely fastened in the backseat when his car jumped a curb. It tore through a hedgerow before crashing into a parked car. It finally came to a stop after flipping sideways into a glass wall of a local pharmacy.

He and his child were trapped inside the vehicle. They wouldn’t be in danger for long. A Good Samaritan arrived and pulled the toddler from the car. Other bystanders stopped to help sam exit the wreck. There was a pediatrician on the scene who rushed forward to check out the baby; the child was left without injuries.

Sam received serious injuries and had to be taken to the hospital. God put that man in the right place at the right time. Thank goodness for total strangers and their kindness!

Hopefully, this Good Samaritan will read this story and recognize his actions. I’m sure Sam would love the opportunity to thank him for saving his child’s life. I know I would.

The ‘mystery man’ who pulled the small child to safety was local Army veteran Gage Hampton.

“It was just the right thing to do and, hopefully, if that’s how others perceive me, than that’s fine with me,” he said.

It’s a humble response from a veteran who’s come a long way in helping himself and others.

Hampton was recognized for his heroic actions. It’s an honor he humbly accepts now, even though at first he wanted no recognition for his actions.

“This past few weeks has just been a real blessing. It’s been real humbling, and I’m just proud and excited and thankful. [I’m] just glad I got everyone in my support network there for me,” Hampton added.