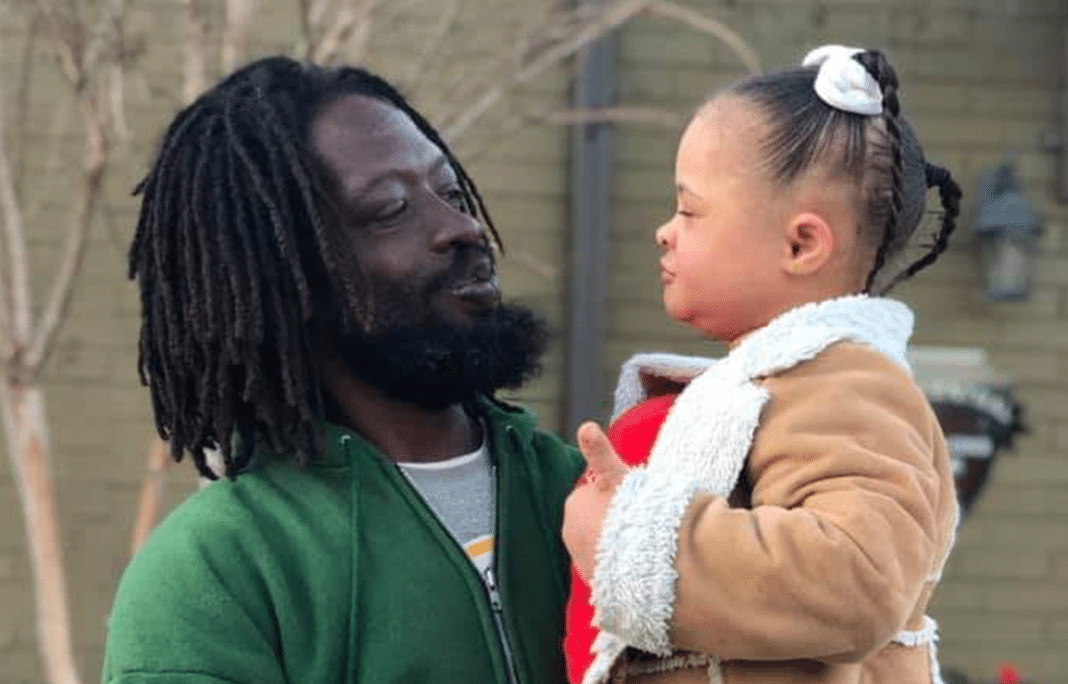 A “sassy diva” from Spartanburg, South Carolina, Nevaeh Phillips has made a big impact on people around her in her eight years. The spunky little girl has an enormous personality even though she is usually nonverbal.

A video featuring her once appeared on a billboard in Times Square in New York City in 2015. As one of several children selected worldwide, Nevaeh was chosen to help raise awareness about Down syndrome.

Her mother Kimberly Phillips says her daughter just has a way of communicating pure joy, even with total strangers. She doesn’t need to use words.

“We just open up our lives to show people what she can do,” Kimberly said. “I know Nevaeh in her wholeness, and I know if she could talk what she would say.”

“When you’re around her, you don’t need words. She completely inspires you beyond meaning,” said Kimberly.

That moment when you run into people who tell you your child made an impact in their life:)!!! We are so grateful that our village is growing because Nevaeh is learning alot about the human spirit:)!!!!!♡♡♡♡

Posted by Nevaeh's Smiles A Love Without Limits on Saturday, January 12, 2019

Nevaeh came to live with Kimberly when she was just nine days old. Her biological mother granted her sole custody, and Kimberly has ensured that Nevaeh gets the best medical care and physical therapy for her considerable medical issues. Kimberly says that raising this special girl has been a blessing and that she believes she can do anything. In return for her care, she has given back just as much.

“She’s been a big influence in our family,” Kimberly said.

“I found my relationship with God through her. She’s taught me forgiveness and love.”

Posted by Nevaeh's Smiles A Love Without Limits on Sunday, January 20, 2019

Wherever she goes, Nevaeh reaches out to people around her and makes them smile and laugh. One of her recent encounters has gone viral on social media. The 8-year-old was with her mom volunteering at their local church. Immediately, Nevaeh gravitated toward a homeless man named Teiyons who happened to be there that day. Her mother said Nevaeh seemed concerned for him since he looked sad.

Even though Teiyons didn’t have any belongings in the world, he offered the little girl his juice, which brought tears to Kimberly Phillip’s eyes.

“He has nothing, but still gave,” said Kimberly.

The two instantly hit if off, enjoying each other’s company. Then Teiyons asked her if she would like to sing with him. Her face lit up with excitement.

He started singing, displaying a beautiful singing voice, and to everyone’s surprise, Nevaeh decided to sing along too. She found her voice and it was a moment of pure innocent joy.

Watch what happened below:

MIRACLE OF SONG: This 8-year-old girl with Down syndrome is usually non-verbal. But when a homeless man started singing to her, she jumped right in ?https://cbsn.ws/2RKYNvR

Wherever Nevaeh goes, she brings her infectious smile. Now she and Kimberly have started a campaign, “Let you ACT be the IMPACT.”

The campaign encourages everyone to perform their own random acts of kindness, just as Nevaeh does everywhere she goes.

“It’s all about how actions can speak louder than words – especially kind actions.”

Kimberly Phillips posted a reaction to the viral video featuring her daughter:

“I knew Nevaeh and Teiyons video went viral, but I had no idea how viral it really went!!!! We are deeply humbled by the outpouring of love we have received:)!!! We have met up several times since this video went viral and all we can do is look at each other in pure awe:)!!! Together these two have a powerful message! And we are grateful for the lives they have touched:)! Everyone has a gift in them…the question is are you using yours??? We send love and hugs to you all and appreciate your love and support more than you know!!!!!!♡♡♡ #LetyourACTbetheIMPACT”

Featured image: Screenshots via Facebook/Nevaeh’s Smiles A Love Without Limits