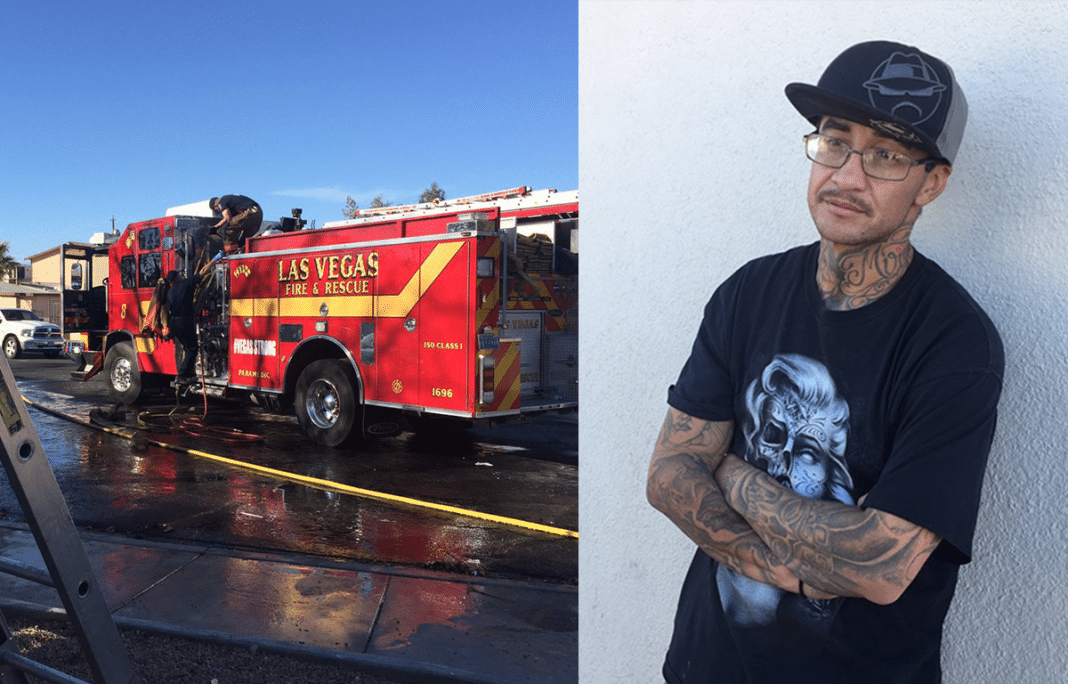 Two small children were in the care of their grandfather in a Las Vegas apartment. He left food cooking in the kitchen on the stove and went to a back bedroom while the kids stayed in the living room. In a flash, everything went horrifically wrong. The stove caught on fire and quickly spread throughout the kitchen. The children screamed for help, but the grandfather couldn’t get to them –the fire blocked his way.

Luckily, a hero was at just the right place and time.

A homeless man, Anival Angulo was making his way down the street when he spotted smoke from the apartment building. As he approached the building, he looked inside and saw the kids. He knew he had to help them and immediately jumped into action.

Angulo jumped the fence and was able to pull at the security door until the deadbolt gave way. The 3-year old girl came running into his arms. Then he realized that an infant 10-month-old baby boy was also inside. He was able to grab the infant by the leg and get him out just in time. 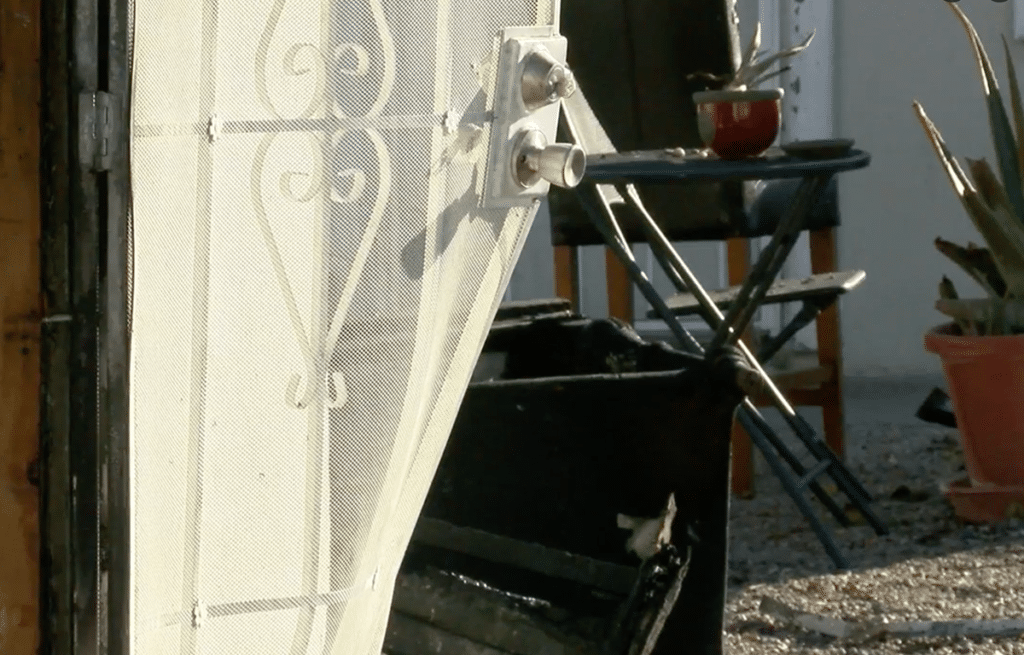 The security door that Angulo was able to force open

“Went to the door and saw the babies so I jumped the fence and I pulled on the screen door and I wrapped up the babies and pulled them out,” said Angulo. “I knew I had to get them out.”

ONLY ON @News3LV: This homeless man ran into a burning apartment to save two small children. Although @LasVegasFD arrived on scene quickly, this man is the true hero! Hear my interview with him at 3,5 and 6. pic.twitter.com/NYrgTMtFQq

The blaze completely consumed the building in mere minutes. Las Vegas Fire and Rescue arrived and put out the flames eighteen minutes after it started at 11:30 a.m.

The grandfather escaped when neighbors helped him out of his bedroom window. 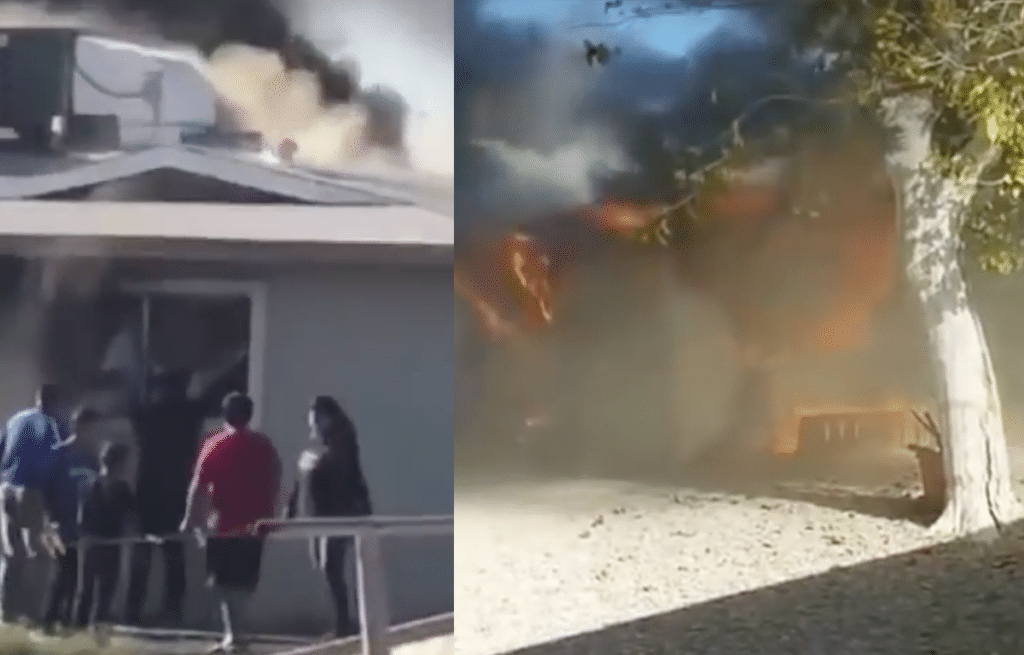 The scene immediately after the rescue by Angulo.

Tim Szymanski, with the LVFR said that Angulo had saved the kids from certain injury or death:

“It’s obvious if this person hadn’t been there, these children could’ve been burned or may have been killed in the fire,” said Szymanski.

Anival Angulo was too modest to admit he had been a hero that day.

See more in the video from KTNV Channel 13 Las Vegas below: