Homeless Man Hears Screams Coming From Burning House, Knows He Only Has Seconds To Act 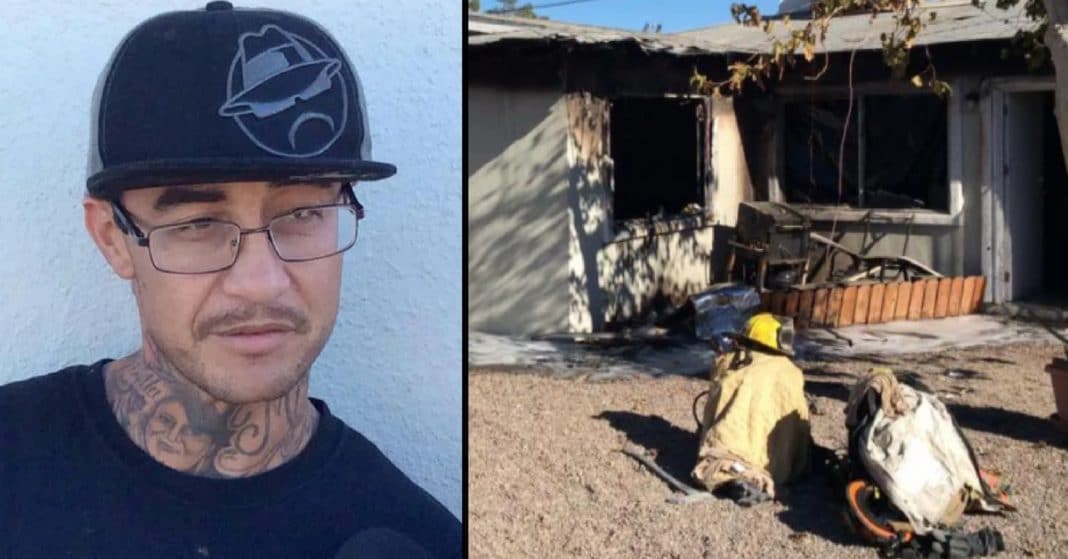 Heroes come in all shapes, sizes, and ages. Don’t look at someone and conclude they aren’t brave, for they could prove you wrong.

Some in our society look upon the homeless as a nuisance or bother. They’re stereotyped as being involved in criminal activity or drugs. Rarely are they thought of with empathy or gratitude, but one homeless man in Las Vegas will hopefully change the conversation.

Officials in Vegas are hailing 36-year-old Anival Angulo a hero for putting his own life at risk to save two small children from a burning apartment.

Angulo was walking past the apartment building when he smelled smoke and heard children crying. A 10-month-old and 3-year-old were trapped inside.

He knew he had to do something before it was too late.

“[I] went to the door and saw the babies, so I jumped the fence, and I pulled on the screen door, and I wrapped up the babies and pulled them out,” Angulo recalled later. “I knew I had to get them out.”

Angulo had to pry open a security door with a deadbolt to get inside, but he didn’t let that stop him!

“The little girl ran to him and wrapped her arms around his waist,” police said in a statement. “He could see through the smoke the leg of an infant on the floor. He reached down and pulled the infant out.”

The children were taken to a local hospital where they were treated for smoke inhalation. If it weren’t for Angulo, things would have ended on a much more tragic note.

“Without the quick action of Angulo, the children would have probably suffered severe smoke inhalation with burns,” police said. “His action certainly saved the children’s life.”

Authorities believe the fire started in the kitchen when the children’s grandfather used the stove. It quickly spread to the apartment’s living room, gutting both rooms. The grandfather was trapped in the back of the apartment and couldn’t get to the children, whom he was babysitting at the time of the blaze.

Sadly, the family is now without a home and damages are estimated to be around $50,000. But their kids are safe, and that is what truly matters.

Thank goodness for Angulo and his quick response! He is too modest to call himself a hero, but we know he truly is!

Do you agree that Angulo is a hero? So share this!