Homeless Man Has Nowhere To Go, So Driver Lets Him Stay On Warm Bus All Night. Then Takes Things 1 Step Further 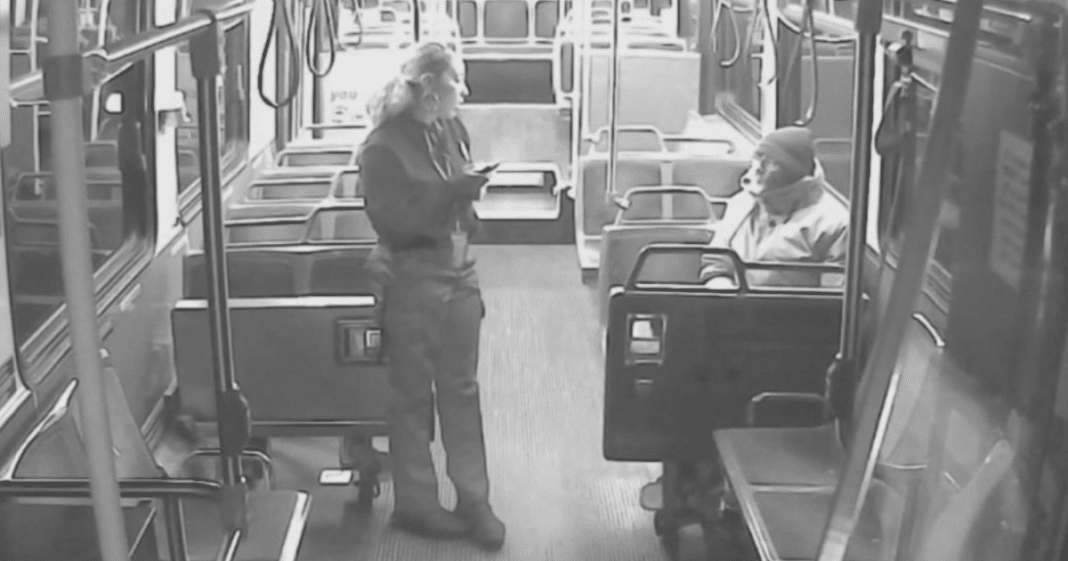 On a cold night in October, a Milwaukee, Wisconsin bus driver made the decision to be a good Samaritan when she let a homeless man stay on her bus on a freezing cold night. Fortunately for those of us reading this, it was all caught on camera.

Natalie Barnes was driving her normal route when a man named Richard, who rides her bus about once a month, boarded the bus and told Natalie some devastating news: he had just lost his home a week before. Not because he didn’t pay the rent. But because his house was in such bad condition that it was condemned.

Here is the heartbreaking conversation the pair had.

“I’ve been out on the streets for a week,” he said. “I am officially homeless.”

“Why? What happened?” Natalie exclaimed.

“My house was condemned,” he explained.

Natalie then offered to buy him something to eat, but Richard proudly refused. His pride just wouldn’t let him take what he saw as charity. Natalie insisted, however, and she offered to let him stay warm on her bus. Richard rode the bus for hours, sitting quietly in the front row.

“I don’t know what to say, but to say thank you,” Richard told her upon returning with bags of food. “I’ll give it back to you.”

Natalie points out that a community needs to help its vulnerable people.

“The community really needs to help with the homeless people that are outside,” Natalie Barnes later said during an interview. “When I’m on the east side of Wisconsin, there are a lot of people who are looking in garbages for food. They’re underdressed. They don’t have anywhere to go… They still should have basic necessities, like food and like clothing, just to survive.”

The pair has kept in touch.

“Richard has become a friend of mine,” she said, breaking into a huge smile. “We talk every couple of days. And he thanks me every time he talks to me for helping him. He calls me his little guardian angel, so I’m happy to say that he’s progressing well.”

There is good in the world, and there always will be. As Mr. Rogers said “look for the helpers.” As long as there are human beings on this earth, there will always be those like Natalie who are happy to lend a helping hand without question.