Homeless Man Finds $17,000 Cash, Gives It All To Food Bank To Help Others In Need 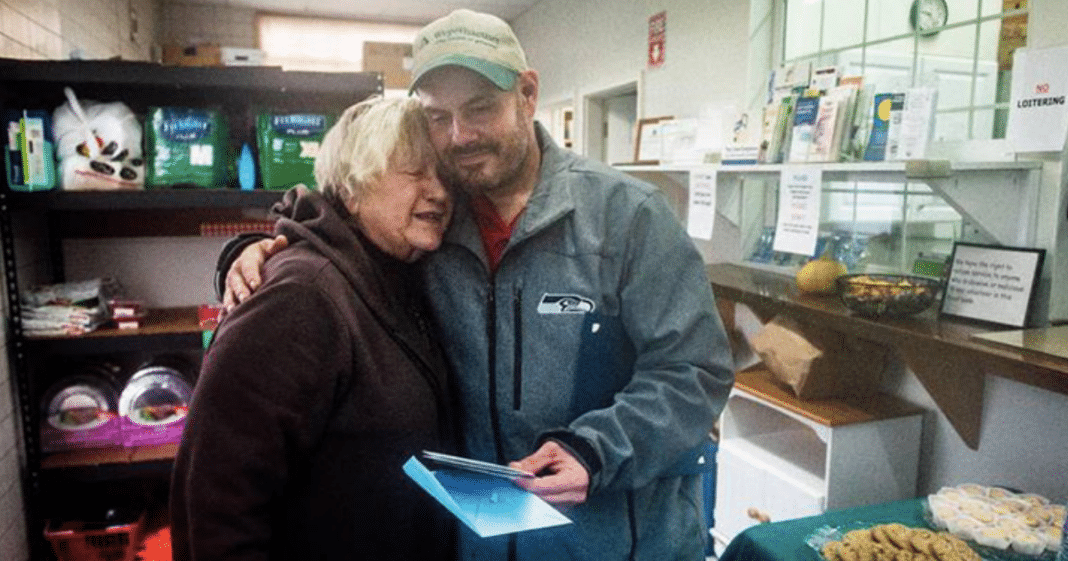 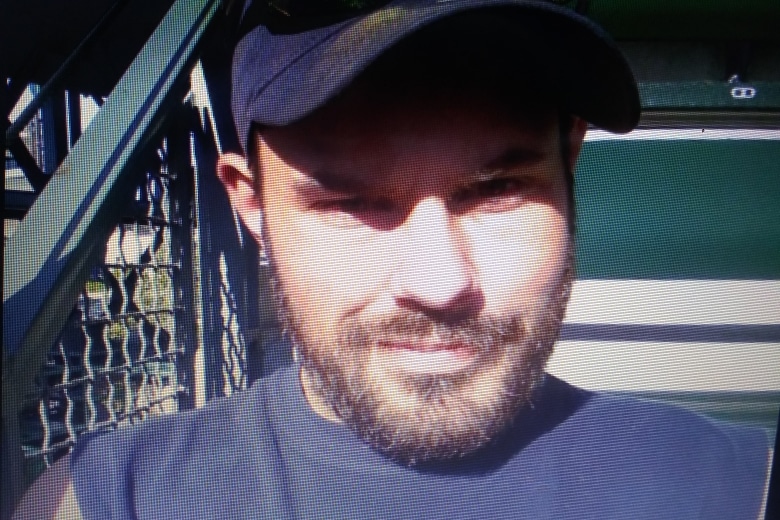 Kevin Booth, age 32, is homeless. He knows hunger, probably frequently. When he went to the food bank in Sumner, Washington, it was to get some of the bread that that facility frequently leaves out for people in need to take. He never anticipated that his life was about to change and he would be dubbed a hero.

There was a brown paper bag lying on the ground outside the community bread box. Curious, Booth picked it up. From the Seattle Times.

“At first, I was like, what the heck is that lying on the ground?” Booth said.

He put the bag on top of a trash can so he could see what was inside. to his surprise, he pulled out a $20 bill. He found it hard to believe it was even real. He didn’t even look in the bag to see what else was in there.

Kevin Booth chose to stay. A volunteer arrived shortly and he gave the bag to her. When she got it inside, both she and Kevin were shocked to see that there was $17,000 in cash inside the bag.

“She went in to weigh it, thinking it was food,” said Anita Miller, the food bank’s director.

Shocked and not sure what to do, they called the police. The first thing the police did was determine the money was indeed real and not fake. Then they held it for 90 days, which is the length of time required by law to hold items for someone to claim ownership. No one ever did. 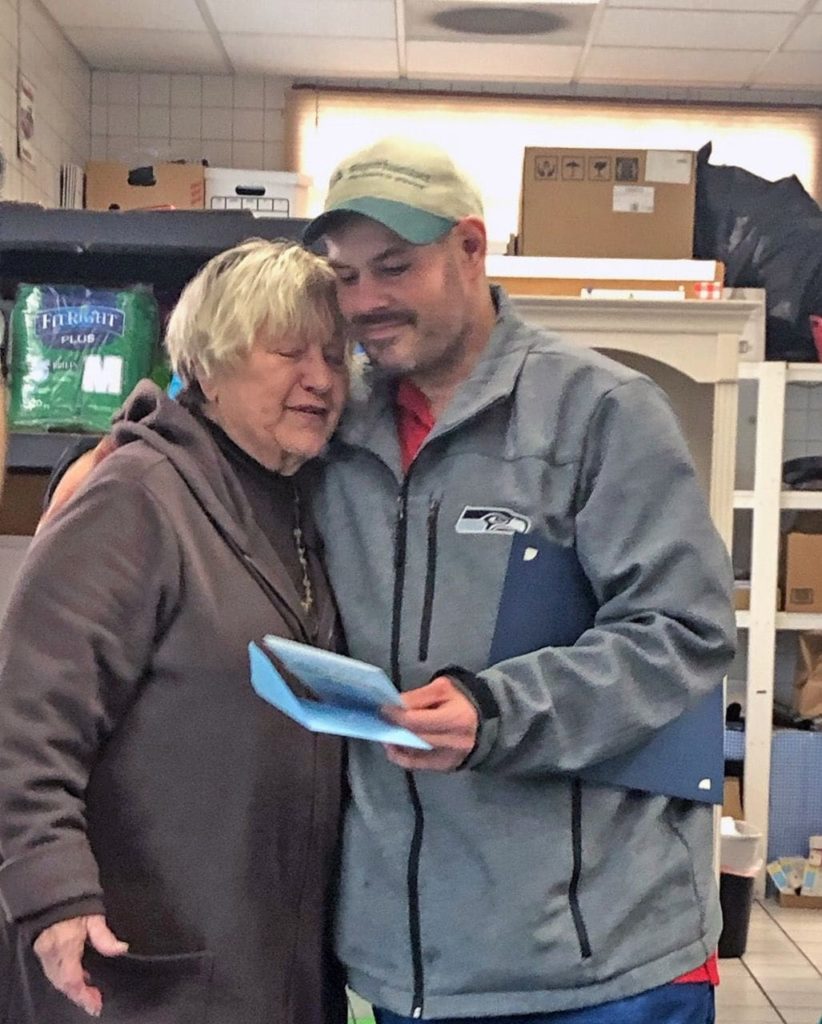 The money went to the food bank. They will use it to expand one of their buildings where they feed 1,000 people a month.

“We have no idea where it came from. They thought somebody left it on our door step that wanted to give it to us,” Miller told People. “The police looked into it but nobody came forward. It was manna from heaven, I guess.”

Miller was grateful for Kevin’s honesty. She gave him some of the money in the form of gift cards, saying:

“I believe a hand up is what we should be doing with our homeless,” Miller said. “All of us who are trying to help should think about that.”

As for Kevin, he admitted that the money would have helped him. He has been homeless for over seven years.

“There are a lot of people who would have taken it,” Booth said. “I’m just not that person.”

“I knew it was for the food bank. It was a big decision whether to turn it in or not but I did because that’s stealing if I didn’t. It wasn’t for me. “ 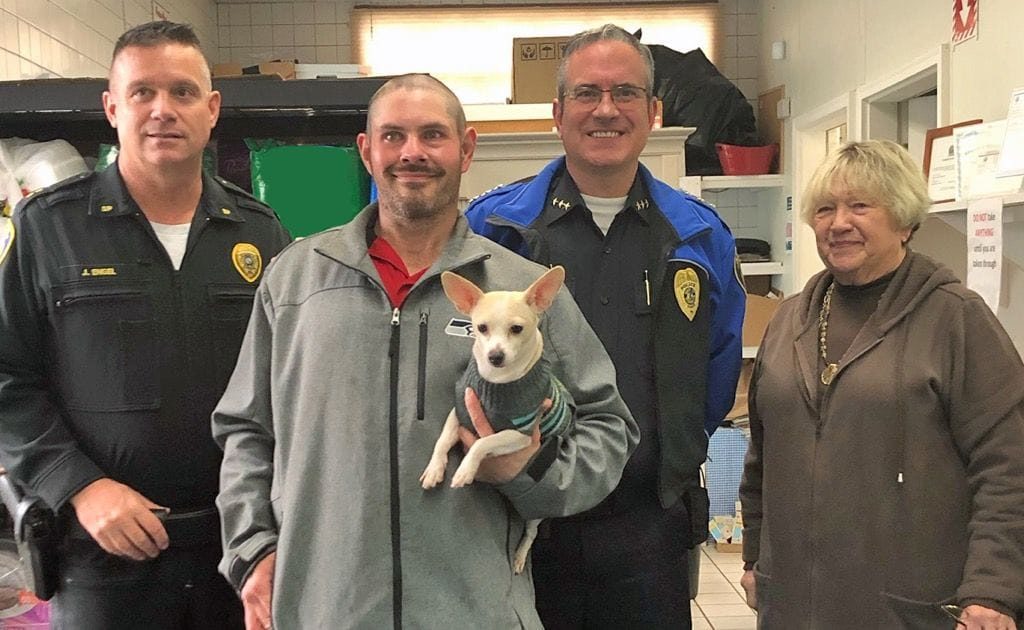 There is no question as to Kevin Booth’s value as a human being. He has nothing, but he put others before himself, and we suspect he has a long history of doing so. Miller says that they will take care of Kevin for a long, long time.

“Kevin kind of likes living outside. He makes the very best of it. He’s just a really cool guy. He’s always got a big smile on his face. We will take care of him for a long, long time,” Miller says of Booth.

“This has been just a feel-good thing. It lets everybody know that there are just special people that are living out on the streets.”

Indeed it does. A GoFundMe account has been started to help Kevin. You can contribute here.