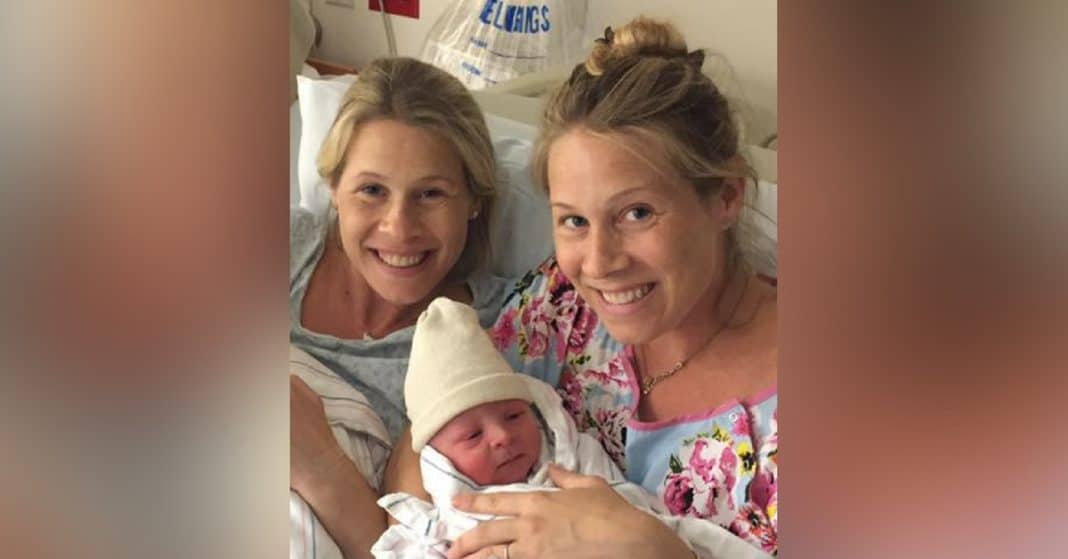 If you’re one half of a set of twins, you’ll definitely relate to this incredible story!

Rachael McGeoch and Beccy Pistone are identical twins. Beccy had been trying to have a baby for some time, but sadly had not had any success.

Ever hopeful, she convinced her sister to start trying too. Beccy wanted their children to be close in age and thought if Rachael started trying they might have a good chance of that.

After only three weeks, Rachael discovered she was pregnant. The news was hard for Beccy to hear after she had been trying for so long, but this time it was Rachael’s turn to offer some advice – take a pregnancy test.

Beccy did and, amazingly, found out she was pregnant too! In fact, the twins’ due dates were less than two weeks apart – Rachael’s on August 1 and Beccy’s on August 13.

“The whole time we were pregnant we did keep saying, ‘Oh, we’re going to have them the same day at the same time,’ but we knew that was very unlikely,” Beccy said.

But when Rachael didn’t go into labor on her due date – or for many days after – the chances of their babies having very close birthdates looked more and more likely.

By August 13, Rachael was 42 weeks into her pregnancy and her little one appeared to have no intention of coming out. The induction process began on Beccy’s due date.

Rachael wrote in a Facebook post, “After 2.5 days of trying to induce me and nothing working, we knew we needed to be together. Beccy came up to Boston to hold my hand, and I finally went into active labor.”

Beccy supported her sister through her labor, but then something surprising happened. She ended up going into active labor herself! Rachael says it was all due to “twin power.”

It turns out holding her newborn nephew helped kickstart Beccy into labor. She dilated and was ready to begin pushing.

What an incredible bond these twins have! Their support and love for each other carried them through one of life’s most beautiful moments. Their children will grow up together and will hopefully have as close a kinship as their mothers.

Were you as amazed by this story as we were? So share this!